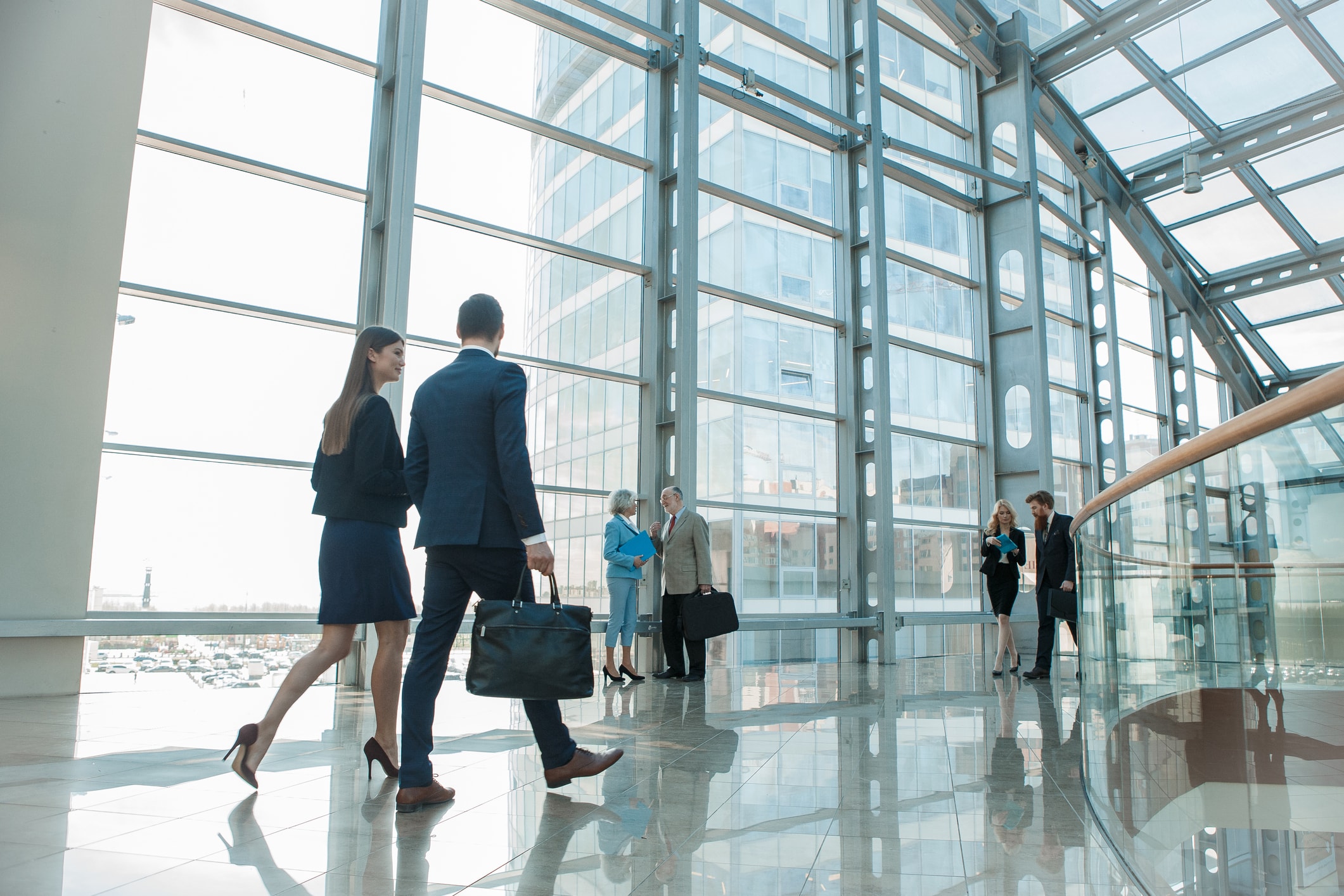 So, welcome to BPI, an organization conducting research and advocacy on behalf of America’s leading banks.  You’ll find a complete roster of our members here.  We firmly believe that our advocacy serves the interests of bank customers:  consumers who desire innovative products at competitive prices, and businesses who seek funding for their growth.

Our focus will be prudential regulation of banking, and how it affects not only safety and soundness and financial stability but also innovation and credit availability.  The stakes are high, as our members make 72% of all loans and 44% of the nation’s small business loans. These banks, which include foreign banks operating in the United States, also play a major role in the nation’s capital markets, which fund a majority of U.S. commerce.

BPI will focus on using data and analysis to inform policy.  Certainly, we will do so in the interest of our members, but we will show our work and be ready to defend it to regulators, academics, Members of Congress and the media.  A journalist once told me that she thought of the old Clearing House Association as “the industry’s expert witness,” and I loved that idea.   Certainly, as a one-time litigator, I only hired expert witnesses who I was confident would support my client’s case, but I also knew that the expert had considerable expertise and professional pride, and would not say whatever I asked.   Judges and juries know whose side expert witnesses are on, but take the time to evaluate their qualifications and the cogency of their opinions.   At BPI, we are in this for the long haul, and our team includes a lot of people with reputations they wish to maintain; so, our highest priority is never to produce analysis that we cannot document and defend.

We start our policy approach with why we have banks:  the ability to accept federally insured deposit liabilities and borrow from the central bank as a lender of last resort makes them low-cost lenders, particularly when economic stress chokes off funding for non-bank lenders that do not have those advantages.  For larger banks, costs are lowered further through economies of scale and scope, and the benefits of diversification along both product and geographic lines.

Of course, deposit insurance comes with moral hazard:  a propensity to take more risk when someone else bears some of the risk.  And that is why banking regulation is so hard:  moral hazard can be largely eliminated by requiring a bank to fund itself with equity and long-term debt and hold safe assets like Treasury securities, but then it wouldn’t be a bank.  Finding the appropriate balance is an extraordinarily difficult and important task.  Fortunately for us, it’s also an interesting one.

At BPI, we will also explore how prudential bank regulation affects other markets.  Certainly, the financial crisis taught us that considerable systemic risk lies outside the banking system — in non-bank lenders, asset managers, money market funds, and GSEs.  And yet the Financial Stability Oversight Council (FSOC) currently has designated as systemically important two non-banks, while the Federal Reserve has effectively designated as systemically important thousands of non-banks — simply because they are affiliated with banks.  Those non-banks generally are subjected to the same capital, liquidity and other types of regulation as their affiliated banks, while unaffiliated non-banks (with two exceptions) receive no prudential oversight whatsoever.

Similarly, we have seen one-size-fits-all regulation among banks.  For example, while detailed living wills, or pre-packaged bankruptcy plans, make sense for complex firms operating in multiple jurisdictions through multiple charters, they make no sense for a firm with the great majority of its assets in an insured bank, which can be resolved through an FDIC receivership process that has worked for over a hundred years.  We generally believe that the answer to a bad rule is not to apply it to fewer firms, but certainly there are many post crisis rules that make sense for some but not all.  Fortunately, Congress has recently recognized as much, and one of BPI’s first tasks will be advising on implementation of S. 2155.

With respect to particular regulations, BPI will continue a focus on increasingly stringent and prescriptive balance sheet regulation, primarily by the Federal Reserve.   The CFO for one of the nation’s largest banks recently lamented to a colleague of mine that he is no longer in the banking business, but rather in the regulatory optimization business — in other words, choosing business lines and products not based on customer demand and the bank’s estimate of risk-adjusted returns, but rather on how well those assets and related funding are treated by the Fed under multiple capital and liquidity rules.  I believe the greatest misperception about post-crisis regulation is that higher capital standards simply reduce returns to bank shareholders while decreasing the likelihood of bank failure.  Rather, governmental capital standards necessarily make assumptions about the risk of each asset — even if it is to assume, as a leverage ratio does, that every asset has the same risk — and that means establishing a governmental preference for which assets banks should hold, as banks will move away from assets the government taxes with high capital charges.  Unfortunately, this phenomenon also has systemic risk, as the same mandates push banks in the same direction — and all non-banks, which will tend to concentrate in assets disqualified for banks – resulting in concentration risk.  There are no easy answers here — more granular risk judgments by regulators begin to look like a command economy, while a leverage ratio incentives banks to hold higher risk, higher return assets — but the first step to getting the best answer is recognizing that there is actually a question being asked. I fear that the march towards governmental control and greater systemic risk is continuing apace.

There is a related question on which we will focus:  how can we attract more low and moderate income Americans to bank deposit accounts and loans, and away from higher cost check cashiers and payday lenders.  We begin with the assumption that both banks and consumers are currently acting rationally, and ask why the results are suboptimal.  Comptroller Otting has taken an important first step by revoking OCC guidance that prevented banks from offering some small dollar-loans, but there is much more to be done.  We have documented how CCAR stress tests have pushed covered banks away from prime mortgage and small business loans.  As another example, we hear anecdotally, and wish to document systematically, that anti-money laundering laws are a substantial impediment to serving the unbanked.  People of little means often make cash deposits, which banks must investigate.  Those deposits may be from undeclared tip income or day work, leading to justified fear, or an individual may just not appreciate a bank calling to ask the source of his or her deposit.   A ready alternative is to keep cash at home and use a check casher for any checks received — no questions asked.  We think it’s fair to say that this cost was never considered when regulators developed their know-your-customer rules.

At BPI, we will focus on examination as well as regulation.  For over a year, we have increased our focus on the examination process, which post-crisis has moved away from a focus on financial condition, become more subjective, and become increasingly focused on immaterial matters (here and here).  We call this phenomenon “examination as management consulting.”  It was good to hear new FDIC Chairman McWilliams recently suggest a willingness to revisit the CAMELS rating system, just as the Federal Reserve is commendably revising its holding company examination standards.  These changes are important because many banks post-crisis have been blocked from making acquisitions or investments that would have benefited the economy for reasons that are utterly foreign to the statutory standards that Congress has set for such expansion. Regulators in other industries penalize health and safety violations, privacy invasions and even fraud, but understand that prohibiting the offending company from opening new stores or offering new products would harm customers and economic growth.  Only in the banking industry do regulators regularly use restrictions on growth as an enforcement mechanism.

At BPI, we will be examining consumer finance to a greater extent than either of our predecessor organizations.  We expect to do so in a data-driven, analytical way.  Stay tuned.

Last but certainly not least, BPI will continue leading work in cybersecurity and technology via BITS, a subsidiary dedicated to Business, Innovation, Technology and Security.  Here, our work includes not just research and advocacy but also collaboration among our members — for example, on fighting fraud or cyber attacks, protecting critical infrastructure, and developing best practices.  Given the revolutionary changes that technology is bringing to the banking and financial industries, we are fortunate to have a group well positioned to help our members win the innovation race.  In early 2019, we will be hosting our annual FinTech Ideas Festival, bringing together leaders in financial innovation.

Certainly, our policy focus will not be limited to U.S. banking regulators.  Whether through legislation or oversight, Congress plays a far greater role in banking policy than it ever has before, and we will work to get our ideas heard there.  Globally, it is clear that the Administration and the banking agencies remain committed to the Basel process, and that ideas that originate at the Bank of England or European Central Bank will soon make their way to our shores.

Anyway, that is just a taste of things to come.  The best way to keep up to date on our activity will be through Bank Policy Insights, a weekly update we will circulate every Friday. BPInsights will include a summary of any research, comment letters, blog posts or other content that we have produced during the week, as well as other notable developments (e.g., Fed speeches, outside research, news reports).  We take considerable time curating the content to avoid wasting your time reading things that aren’t important or that you likely already know.

We will also be available on Twitter at @bankpolicy, and I am now entering 21st century social media @baerheel, and look forward to engaging directly with many of you there. 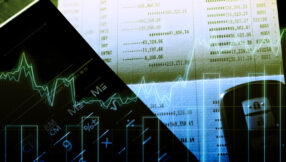 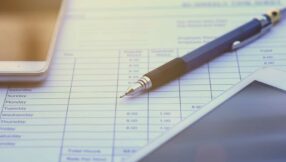 Responding to Criticism, BPI Stands By Its Finding that CECL is Procyclical November 14, 2018
Announcements 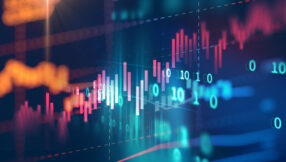 BITS: A Note From the President of our Technology Policy Division July 16, 2018
Bank Capital and Stress Testing 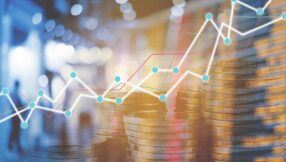