With Regulatory Reform, Sometimes You Can Have Your Cake and Eat it Too 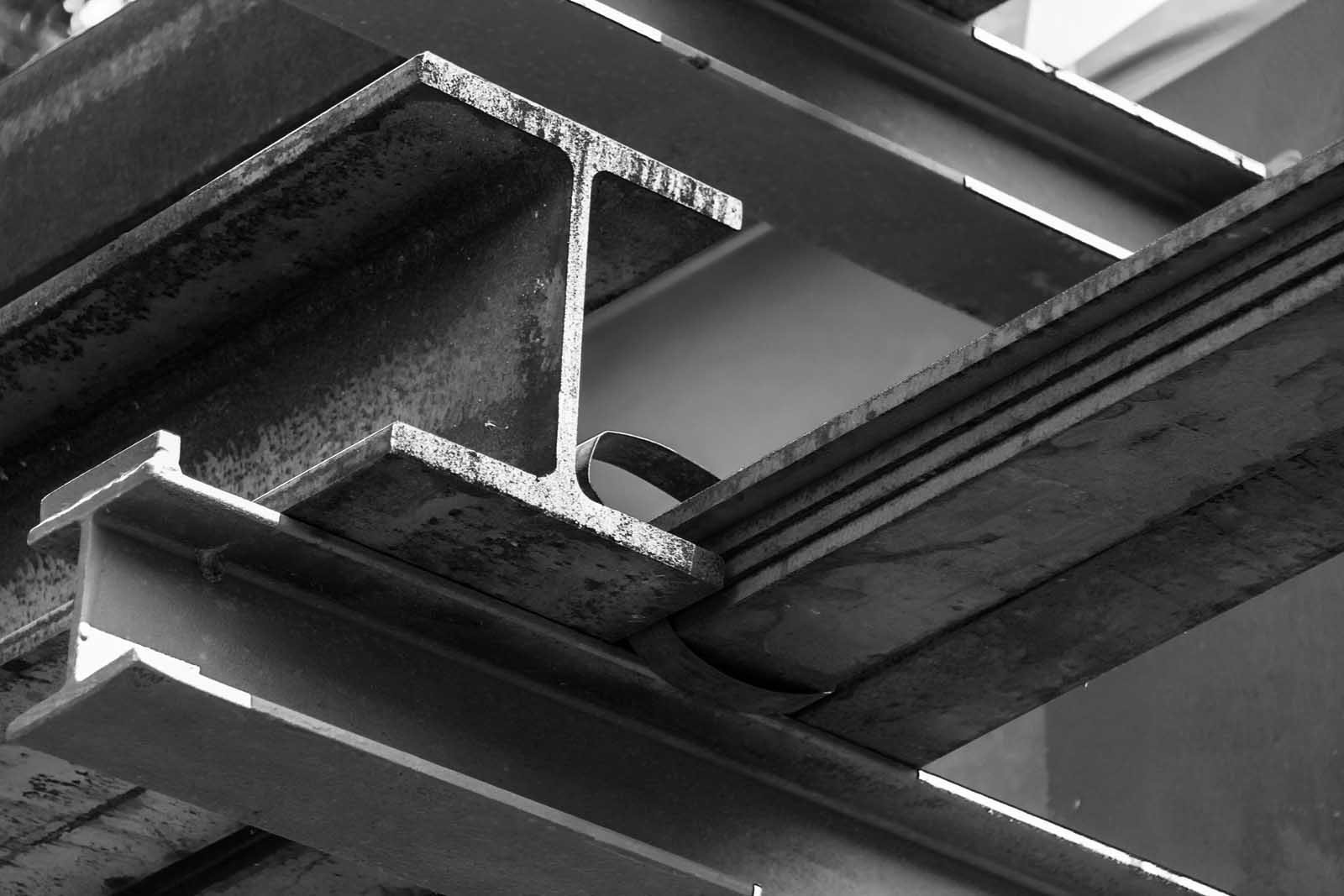 Currently, the U.S. banking agencies can make changes to three flawed banking regulations which would move the United States from a point inside the frontier to a point on the frontier; that is, the changes would result in both enhanced growth and increased stability.  This blog post will detail the three changes that would both improve how the banking agencies regulate the capital and liquidity of banking institutions and at the same time help address one of the most important causes of the financial crisis – the money premium. While beyond the scope of this note, these changes should also help enhance market liquidity, which will also boost financial stability, and raise the equilibrium federal funds rate, which will strengthen monetary policy and reduce the chance interest rates will end up at zero again.

What is the money premium and why is it so bad?  Individuals and businesses strongly prefer investments that have essentially certain value and nearly instantaneous availability; investments such as cash or bank deposits.  They like the assets so much that they will invest in them even if the interest rate provided is low.  That is, the assets command a “money-premium” (it is a “premium” from the perspective of those issuing the liabilities and paying lower rates).

As a result, it is very profitable for a financial institution to fund itself with liabilities that have these money-like characteristics.  It is especially profitable if the FI holds longer-term and less liquid assets that provide high yields and funds them with these short-term liquid liabilities.  But that combination results in the FI taking a lot of liquidity risk, leaving it exposed to the possibility of a run on its short-term liabilities.  A core objective of bank regulation is to put a socially agreed-upon limit on the amount of liquidity transformation that takes place within the banking system.

During the crisis, instead of taking place within regulated institutions, that liquidity transformation took place across a chain of intermediation in the shadow banking system.  At one end of that chain were subprime-mortgages made by nonbank mortgage brokers. At the other end were investments in prime money funds.  In between were longer-term asset-backed securities, special purpose vehicles, and shorter-term asset-backed commercial paper that could be held by prime money funds.  The financial crisis started as an old-fashioned bank run, but on the shadow banks, as businesses and households pulled their investments out of prime money funds and the value of the illiquid assets indirectly funded by those assets plummeted.

As pointed out by Greenwood, Hanson, Stein (2016) “The Federal Reserve’s Balance Sheet as a Financial-Stability Tool,” if the government can provide more money-like instruments, that added supply will reduce the money-premium and thereby reduce the incentive for financial institutions (or chains of financial institutions) to engage in liquidity transformation.  While their point is that the Fed should conduct monetary policy in the future in a way that boosts the supply of money-like assets, their reasoning applies equally to the value of making changes to three current or proposed bank regulations that would lower the money premium.

Leverage ratios require banks to hold the same amount of capital against all types of assets, regardless of the risk of the asset.  As we have argued in a previous research note (“Shortcomings of Leverage Ratio Requirements”), it is bad public policy for leverage requirements to be the binding capital requirement because such an arrangement encourages banks to shift toward riskier assets.  Indeed, after controlling for risk-based capital levels, banks with a better leverage ratio prior to the crisis were more, not less, likely to fail.

When a bank is required to finance the riskless assets it must hold to satisfy liquidity requirements with expensive capital, it will adjust its balance sheet to reduce that requirement.  The amount of liquid assets a bank must maintain under the liquidity coverage requirement (LCR) is equal to its projected 30-day net cash outflow under stress.  The bank reduces its projected net cash outflow by increasing its lending at maturities less than thirty days and increasing its borrowings at maturities greater than thirty days.  That shift in demand and supply will push down very short-term interest rates and push up somewhat longer term interest rates.  That rotation will increase the value to unregulated non-banks to engage in liquidity transformation, reducing financial stability.  Put more simply, if it is more expensive for banks to engage in liquidity transformation, it will be more profitable for non-banks to step in perform the transformation by funding themselves short and investing in longer-term, less liquid assets.  We explain this effect in the research note “Liquidity and Leverage Regulation, Money Market Structure, and the Federal Reserve’s Monetary Policy Framework in the Longer Run.”.

Consequently, if the banking agencies reduce the eSLR to, or at least closer to, the international standard as well as the historical U.S. level, it will become less costly for banks to hold liquid assets and there will be less incentive for shadow banks to engage in liquidity transformation.  Alternatively, or in addition, the banking agencies could exclude from the denominator of the eSLR the riskless assets that banks hold to meet their liquidity needs – deposits at the Fed (reserves) and U.S. government securities.  Such a change, which was recently adopted in the United Kingdom, eliminates the added cost on banks of maintaining a liquid balance sheet irrationally imposed by leverage requirements.

Refrain from adopting the NSFR

Second, the banking agencies could refrain from adopting the NSFR requirement.  The requirement, which was part of Basel III, was originally intended to ensure that a bank had sufficient liquidity to survive a one-year period of idiosyncratic stress, but changes made to the regulation have left it poorly designed and likely to result in material unintended consequences.  Moreover, the requirement has been made redundant by the Dodd-Frank requirement that banks do monthly liquidity stress tests at the one-year horizon.  (See the TCH research note “The Net Stable Funding Ratio: Neither Necessary nor Harmless”.) Indeed, even analysis by the Bank for International Settlements shows that the NSFR has greater costs than benefits – see the TCH blog “Foundational Basel Committee Study Estimates the Costs of NSFR Exceeds its Benefits by Nearly $1 Trillion.”

Third, the banking agencies could modify the regulatory language implementing the LCR to make it clearer that a bank subject to the LCR can use its stockpile of liquid assets to raise funds if it comes under pressure.  As explained in the TCH blog post “Unlocking the LCR,” currently any bank that uses its liquid assets is immediately required to explain its actions to its supervisor, an arrangement that encourages banks to hold stockpiles of liquidity on top of their stockpiles of liquidity to ensure they never violate their LCR.  Assuming that the banking agencies calibrated the LCR so that the benefit to financial stability matches the cost to economic growth, then the over-compliance we observe must entail costs greater than benefits.

As a result, if the demand for liquid assets coming from the LCR were reduced by preventing over-stockpiling, then financial stability would be enhanced by reducing the money premium, while at the same time, the net benefit of the LCR would be increased.

One of the reasons why it makes sense to combine monetary policy and supervision within the central bank is so that the separate objectives of macroeconomic prosperity and financial stability can be pursued in a coordinated fashion using the different sets of tools coming with the two distinct functions. It is a standard result in economics – it even has a name (the Tinbergen principle) – that you get better outcomes if you have more instruments to pursue multiple objectives.  But, as discussed in the THC blog post “FOMC go home,” the Fed is leaning toward operating its monetary policy in the future with a giant balance sheet, rather than returning to its pre-crisis small balance sheet approach, in part to boost the supply of money-like assets and enhance financial stability.  That is, it is contemplating pursuing both its macroeconomic objectives and its financial stability objectives using its monetary policy tools.  Unfortunately, that giant balance sheet approach is not without costs; it will increase the footprint of the Fed in the financial system and increase its political risk.  The current situation would appear to be an ideal opportunity for the Fed to instead use its supervisory and regulatory tools to pursue its financial stability objectives so that its monetary policy tools can be unencumbered to better pursue its macroeconomic objectives.