The economic disruptions brought on by the COVID-19 pandemic have led policymakers to focus on vulnerable populations, such as low- and moderate-income households and minority communities most severely affected by the pandemic. One resulting question is how to expand availability of mainstream credit to borrowers with less-than-pristine credit scores. Access to mortgage credit is considered particularly important in this context because of the role homeownership plays in building wealth and because mortgage-lending standards have been tight for quite some time. The objective of this post is to describe a few policy changes that could be adopted by the banking agencies that would help expand availability of mortgage loans to low- and moderate-income borrowers.

As shown in Exhibit 1, nonbanks’ share of mortgage originations was stable and hovered around 30 percent prior to the 2007–2009 financial crisis. This share declined during the crisis due to the failure of many nonbanks. During the post-crisis period, the market share of nonbanks has doubled. According to the most recent Home Mortgage Disclosure Act data, nonbanks account for nearly 60 percent of originations of home purchase loans. Moreover, they originate about 90 percent of loans guaranteed by the Federal Housing Administration (FHA), which are typically made to the least creditworthy borrowers – that is, the borrowers whose loans result in the largest capital charges for banks.

Despite the dramatic increase in nonbanks’ mortgage market share, mortgage lending standards have remained tight over the entire post-crisis period. Nonbanks typically sell the mortgages they originate to the GSEs or Ginnie Mae, so their lending standards are set by those entities, and they have remained relatively tight over the post-crisis period. For instance, the Urban Institute had developed a Housing Credit Availability Index (HCAI) that measures the amount of risk lenders are willing to tolerate. A high value of this well-known index means lenders have looser standards and are willing to take on more risk; a low value of the HCAI represents a tighter lending stance. As shown in Exhibit 2, the HCAI reached 5 percent at the end of 2020 and remains very close to its historical low value. This shows mortgage lenders remain unwilling to tolerate defaults and have continued to impose tighter lending standards during the post-financial crisis period. Even if the level of the HCAI were to double from the current level of 5 percent to 10 percent, credit availability would still be tighter relative to the level of lending standards that prevailed in the early 2000s. That period was characterized by “reasonable lending standards” and saw a sustainable degree of risky lending.

Next, we’ll consider three important options that would allow banks to originate more loans to low- and moderate-income borrowers and would only require modest recalibrations to the current capital framework.

1. Given massive change to the mortgage industry in the intervening years, reduce reliance on data from the 2008–2010 mortgage crisis in assessing the stressed performance of loans to borrowers with less-than-pristine credit scores in the Federal Reserve’s stress tests.

There are excellent reasons to believe that the supervisory stress tests currently applied to residential mortgage portfolios are overly stringent because of their reliance on data from the 2008–2010 mortgage crisis period to extrapolate losses under a stressed economic environment. For instance, post-crisis banks, the GSEs, the FHA and Veterans Affairs, and the Consumer Financial Protection Bureau have imposed a much tighter credit underwriting environment. This includes strengthened documentation and verification of income, of other debt obligations and of owner-occupancy status. In addition, loan originators offer stricter oversight of and due diligence by mortgage brokers (see, for example, here), and fewer second liens. These post-crisis changes result in lower rates of default than those implied by historical performance, a fact that has been documented empirically.[1] As a result, stress tests relying on data from the mortgage crisis period are inevitably excessively stringent, unless adjustments are made to account for the overall shift in the underwriting environment.[2]

The excessive stringency embedded in the stress tests affects both originations of conforming loans (i.e., those within the size limits and therefore eligible for sale to the GSEs), and non-conforming mortgages, particularly  in the case of loans bearing a higher risk of default. Since non-conforming loans are not eligible for sale to the GSEs, the higher capital requirement resulting from more stringent stress tests makes it less profitable for banks to originate and then hold or securitize these mortgages, or the higher interest rate required to make them profitable will be less affordable to potential borrowers. For conforming mortgage loans, a more stringent stress test also reduces banks’ willingness to originate loans that have more marginal risk characteristics. These include those where the applicant has a credit score less than 680 or for which the loan-to-value ratio exceeds 80 percent. This is because there is a comparatively high likelihood the GSEs will decline to purchase such a loan, or will require the bank to repurchase it post-sale in the event it defaults  and there are any inaccuracies in the loan documentation (otherwise known as a “put back”), thereby compelling the bank to retain the loan and bear the capital requirement.

Finally, the excessive reliance on data from the 2008–2010 mortgage crisis also overstates losses on securitizations. For private-label mortgage-backed securities held on the banking book, it would be appropriate to use the data from more recent vintages to project securitization losses, instead of extrapolating losses on subprime and Alt-A mortgage loans originated prior to the past financial crisis. These loans are very rare these days in part because of the elevated losses they experienced during the last financial crisis, and due to CFPB regulations that made it problematic to originate such loans. For private-label MBS held for trading, the Federal Reserve also uses data from 2008 to calibrate the size of mark-to-market losses associated with those securitizations. For instance, in the 2021 stress tests, the global market shock assumes the spread of MBS guaranteed by Fannie Mae to rise 44 basis points, while it projects the spread of non-agency prime residential MBS to rise 1200 basis points—nearly 30 times wider. Because of this punitive treatment of private-label MBS in the stress tests, banks have been discouraged from resuscitating this market, which would also be helpful in supporting less rigid lending standards for LMI borrowers.

2. For conforming loans, create a more level playing field between the Federal Reserve stress tests and the FHFA stress tests.

A related but separate factor constraining the growth of bank loan portfolios is the wide gap between projected stress-period losses under the Federal Reserve versus the FHFA stress test. An earlier blog post documents how the Federal Reserve’s 2018 supervisory stress test projected “a 3.2 percent loss rate for the set of banks that hold mortgages with similar characteristics to the GSEs, eight times higher than the loss rate projected by the FHFA (0.4 percent.)” Consequently, a bank subject to the stress tests faces a capital requirement that is about twice as high as those of the GSEs for comparable mortgages.

Because of the differences in capital requirements, banks are at a cost disadvantage relative to the GSEs for retaining conforming loans in a portfolio. This discourages them from accumulating conforming mortgage portfolios by holding loans they originate or purchasing loans originated by others. This in turn becomes a barrier to banks scaling up their loan portfolios and promoting competition with the GSEs in the conforming-loan secondary market. It may also dampen banks’ enthusiasm to originate mortgages in the first place. Reducing if not eliminating this capital disadvantage would likely stimulate bank mortgage origination activity while also fostering competition in the mortgage secondary market.

It is also worth noting that the GSEs remain in conservatorship, with taxpayers directly liable for their losses. Thus, from a taxpayer perspective, a transfer of mortgage risk from banks to GSEs is suboptimal as a general matter, and more so when it comes with half of the capital as a cushion against loss.

Another important constraint on mortgage loan originations has been the capital requirements for mortgage-servicing assets, as shown by prior research.[3] If banks do not intend to service the loans they have previously originated and sold to a third party, they are less likely to originate the loan in the first place. The Basel III capital rules increased the risk weight of mortgage-servicing assets from 100 percent to 250 percent. In addition, the largest U.S. banks must deduct from their common equity tier 1 capital mortgage-servicing assets that exceed 10 percent of their CET1 capital. This implies that the assets that exceed the 10 percent threshold are effectively being risk-weighted at 1,250 percent. For other banks, the deduction threshold is higher and set at 25 percent.

The banking agencies could extend the 25-percent deduction threshold to all banks and consider whether it is appropriate to lower the 250-percent risk weight for mortgage-servicing assets. Those changes would incentivize banks to regain some of their more traditional role in the mortgage-servicing market. Having banks more involved in this space would help LMI borrowers, because banks have demonstrated they are better able to support their customers during a period of stress without government help than are nonbanks. For instance, during the pandemic crisis, the FHFA placed a four-month limit on how long mortgage companies were responsible for making payments to MBS holders on behalf of delinquent loans they serviced, to avoid a liquidity crunch at mortgage servicers.

As we might expect, other important factors also explain the more limited involvement of banks in originating mortgage loans, and that will take more time to sort out. One of the most widely cited reasons is put-back risk, or the risk that one of the GSEs or Ginnie Mae will require a bank to repurchase a defaulted loan if there are any inaccuracies in the loan documentation – even if perfect accuracy would have had no impact on either the decision to originate or on the performance of the loan.

Another, related reason is the risk of invoking a False Claims Act by the FHA in the event of loan documentation errors, which creates significant litigation risk. Finally, some banks incurred massive liabilities in the aftermath of the financial crisis. Now they consider these costs in deciding whether to originate mortgages and how to price them. For instance, litigation risk under the False Claims Act alone has caused several large bank lenders to exit the FHA market according to research conducted by Federal Reserve Board economists.

[2] For example, to the extent that misreporting of income or the owner-occupancy status of mortgage borrowers has become less common compared with the years leading up to the run-up in mortgage default that began in 2007, then stress tests based on the crisis-period experience are overstating mortgage credit risk. For further elaboration on these points, see Paul Calem, José Canals-Cerda, Arden Hall, and Lauren Lambie-Hanson, “Peacetime Stress Testing: A Proposal,” in Stress Testing: Approaches, Methods, and Applications (2nd Edition), edited by Akhtar Siddique, Iftekhar Hasan, and David Lynch, Risk Books (2019).

[3] For additional discussion of the effect of bank capital requirements for mortgage servicing assets on the shift in mortgage servicing activity, see Kayla Shoemaker, “Trends in Mortgage Origination and Servicing: Nonbanks in the Post Crisis Period,” FDIC Quarterly Review 13(4), 2019, pp. 51-69.

FinTechs and Big Tech Should Honor Obligations to Meet the Finance Needs of All Americans, Not Just the Rich, Privileged and Digitally Connected June 14, 2021
Consumer Affairs

A Selected Compilation of U.S. Banks’ Accomplishments in 2020 January 14, 2021
More Posts by This Author
Bank Activities and Structure 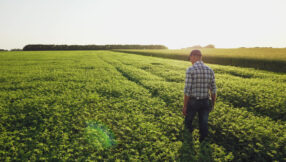