The federal government’s Paycheck Protection Program (PPP), originally authorized by the CARES Act to support small businesses and their employees through the economic disruptions of the COVID-19 pandemic, was reopened in January 2021 under the new Administration. The renewed PPP included added flexibilities, such as allowing certain prior borrowers to apply for a second loan.

On Feb. 22, the White House announced new steps to facilitate borrowing by the smallest of small businesses.  In particular, firms with fewer than 20 employees were granted exclusive access to the program over a two-week period beginning Feb. 24 in order to ensure adequate time for lenders to work with the smallest of small businesses on preparing and submitting their loan applications.  In addition, an exclusionary restriction preventing small business owners who are delinquent on their federal student loans from obtaining PPP credit is to be eliminated.  This restriction had disproportionately affected minority-owned small businesses.

Thus, the renewed PPP places increased emphasis on number of business establishments served, especially for historically underserved groups—those with more limited access to credit historically.  In light of this new focus, this blog post takes a brief look back at this particular aspect of PPP lending during 2020.  Contrary to some reports that have circulated, we find that the largest retail banking institutions were instrumental during 2020 in providing PPP loans to smaller-sized businesses and to firms located in predominantly minority neighborhoods, which typically are viewed as underserved.

To place our discussion in the appropriate, broader context, it is important to note that the original PPP during 2020 had prioritized the preservation of small business jobs, through incentivizing the retention and rehiring of employees.  Previous BPI research showed that PPP dollars per employee tended to be higher in areas experiencing more severe economic disruption due to the pandemic, consistent with program objectives.  Also, more PPP dollars per employee were distributed to neighborhoods with a relatively high minority population share. These lending patterns were particularly evident among large banks.

Thus, large banks were critical to the PPP program meeting its original objectives, and we expect that they will similarly play a critical role in supporting the program with its new focus.  The results from the analysis presented here suggest that the nation’s largest banks are well positioned to play such a role in the weeks to come.

Our analysis uses the SBA’s loan-level data on the 5.2 million PPP loans originated through the duration of the Program to calculate cumulative PPP loan volume at the ZIP code level.  The data provide the precise dollar amount loaned along with the geographic location (state and ZIP code) of the recipient business.  We restrict attention to loans in the 50 states and the District of Columbia (excluding U.S. territories), and then map each loan to a county location based on the reported ZIP code and state.[1]

Our source of information on neighborhood demographic characteristics is the 2010 Decennial Census dataset.  Specifically, we obtain from this source the share of the population by Census tract that identifies as non-white (Black or African American, Hispanic, Asian-American, or Native American or Native Hawaiian.)

We allocate these tract-level demographic variables to ZIP codes using the tract-to-ZIP mapping available from the U.S. Department of Housing and Urban Development (HUD).[2]  That is, for each ZIP code we calculate the weighted average of each measure using the weights provided by the mapping. The HUD mapping weights each Census tract fully or partially contained within a given ZIP code by the tract’s share of the total residential population in that ZIP code.  After merging the SBA and demographic data by ZIP code (dropping a small number of loans that can’t be matched to Census data by ZIP code) the resulting dataset contains about 5,163,822 loans associated with 35,726 ZIP codes.

We examine performance of PPP lenders classified into size (and type) categories with respect to number of PPP loans originated to underserved firms as a share of total loans.  We consider three lender groupings: the nine largest retail banks in the U.S., large banks defined more broadly as banks with more than $50 billion in assets (inclusive of the nine largest); and banks with less than $50 billion  in assets together with nonbanks and credit unions (other institutions).  We find that the large banks hold their own in comparison to other PPP lending institutions with respect to credit extended to underserved segments.

For each institution category, we calculate three measures of PPP lending to underserved firms: the percent of PPP loans that are smaller than $50,000 (a proxy for lending to the smallest of small businesses), the percent of loans originated in ZIP codes in which the minority share of the population exceeds 50 percent; and the percent originated in ZIP codes where minority share is between 25 and 50 percent.[3]  The results for neighborhood classification are shown in Table 1; results for small loan share are in Table 2.[4]

From Table 1, we observe marginal differences between the largest banking organizations and other institutions in how their PPP lending during 2020 was distributed by size range.  Contrary to the notion that large banks have prioritized larger borrowers, the top nine retail banking organizations are somewhat underrepresented in the largest (greater than $150,000) loan size category, to which 11.0 percent of their loans are slotted.  In contrast, 12.5 percent of the loans originated by the banks under $50 billion and nonbanks are in this size range.

Contrary to some reports that have circulated, we find that the largest retail banks were comparatively active in in providing PPP loans to smaller-sized businesses and to firms located in predominantly minority neighborhoods, which typically have more difficulty accessing credit.  Further, large banks were critical to the PPP program meeting its original objectives, and we expect that they will similarly play a critical role in supporting the program’s revised objectives.

[1] We utilize the ZIP code to county mapping made available by the U.S. Department of Housing and Urban Development, at https://www.huduser.gov/portal/datasets/usps_crosswalk.html#data

[2] This cross walk is available from https://www.huduser.gov/portal/datasets/usps_crosswalk.html#data)

[3] The SBA loan level data contain a field indicating number of employees of the borrowing firm, but the field contains a large number of missing values and values that appear inconsistent with the loan amount.

[4] Closely similar cross-neighborhood distributions are observed if lending is measured in terms of dollar volume instead of loan counts.

Our Search for an Urban Banking Market Made Less Competitive by a Banking Merger July 7, 2022
Consumer Affairs

Lax Supervision of FinTechs Harms Consumers May 10, 2022
Mergers and Acquisitions

Five Important Facts about the Competitiveness of the U.S. Banking Industry February 24, 2022
Mergers and Acquisitions 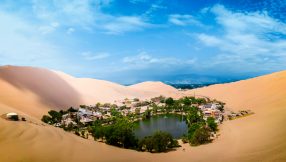 Expanding Mortgage Lending to Low-and Moderate-Income Households: All it Takes Is to Recognize the True Risks of Securitizing Those Mortgages September 16, 2021