Treasury Underscores the Perils of Ring-Fencing

Notwithstanding the extensive attention that has been paid to international coordination of the post-crisis regulatory reform agenda through the G-20, the FSB, and similar groups, it has become increasingly clear that global regulatory reform has been accompanied by a not-so-slow creep towards greater and greater ring-fencing of global bank operations along geographic lines.

Host regulators tend to like geographic ring-fencing because it gives them more certainty that they’ll be able to independently resolve the local operations of a global bank should it become troubled or fail.  But this kind of ring-fencing, especially when taken too far, has several downsides.

First, because it forces banks to capitalize and operate their businesses separately in each jurisdiction, rather than do so globally, it substantially undermines the efficiencies and benefits of global banking, to the detriment of both banks and the customers and economies they serve.

Second, because it effectively traps resources in each country where they can no longer be used to address a problem wherever it arises, it can reduce the overall resiliency of global banks by making it more likely that they will become troubled or fail in the first place.

Third, it provides perverse incentives that run counter to the single-point-of-entry resolution strategy that was developed by authorities after the recent crisis and which has been adopted by most of the world’s G-SIBs.  This agreed-upon approach to resolution reflects the idea that large global banks should be resolved holistically at the parent company level; by requiring these firms to capitalize and operate their businesses separately in each jurisdiction, excessive ring-fencing makes this type of resolution harder, not easier.

Because there are real costs and financial stability risks to ring-fencing, our view is that home and host authorities should not impose geographic ring-fencing as an alternative to making meaningful commitments on how they will coordinate and cooperate when resolving a global bank in the future.

This all leads us to the U.S. Treasury Department’s recent report on END_OF_DOCUMENT_TOKEN_TO_BE_REPLACED , which offered several observations about ring-fencing.  We found them to be so sensible that we thought we would highlight them here.

“Ring-fencing” in this context refers to the limitations on the transfer of funds from institutions in a host country to their respective parent holding companies in the home country or affiliates located in other countries and other requirements to make the institutions’ operations in the host country more independent from that of their affiliates.  The incentive for host country regulators to do this is straightforward: they want to ensure the maximum amount of funds remain in the host country to ensure local depositors, creditors, and other stakeholders are paid first. Requirements that are imposed on a generalized basis in advance of any crisis are referred to as ex ante (or permanent) ring-fencing; regulators may also determine to impose ex post (or temporary) restrictions on transfers of funds on a particular entity should it or its affiliates enter financial difficulty. The elimination of OLA could provide incentives for foreign authorities to engage in both ex ante and ex post ring-fencing of U.S. banking operations abroad to an extent that may impair the efficient allocation of capital and that may ultimately reduce resolvability.

The bankruptcy of a large financial company lacking sufficient private funding could lead to runs by counterparties on the remaining liquid assets of the company. Under these circumstances, host country authorities would be concerned that assets in their countries would be transferred to the ultimate parent company or other affiliates in the home country (or in a third country) in order to satisfy terminations by counterparties of those affiliates, leaving insufficient assets to pay depositors and other creditors in the host country. In order to forestall this outcome, the host country could seek to limit any transfers to affiliates, but, depending on the circumstances, they may not have time to impose such restrictions once a resolution is underway. This dynamic in turn incentivizes foreign authorities to impose ring-fencing upon the parent financial company’s declaration of bankruptcy or even, prior to that, when a firm is showing signs of financial distress. Such preemptive action, however, would itself make a failure and disorderly resolution more likely by ensuring that the failure of the company would lead to multiple, competing insolvencies. In this scenario, ex post ring-fencing would likely increase the total losses imposed on all creditors and counterparties by a financial company failure.

Faced with this prospect, some foreign authorities may determine that the best course of action is to impose ring-fencing requirements on the operations of all foreign banks in their countries well in advance of any crisis. Under this model, foreign authorities could require U.S. institutions to form subsidiaries in such foreign authorities’ jurisdictions, require all banking operations in those host countries to be transferred to those subsidiaries, and require that significant amounts of capital and liquidity be “pre-positioned” in these subsidiaries. Alternatively, foreign authorities could dispense with the requirement to establish subsidiaries but nevertheless require banks to hold increased amounts of capital and liquidity at branches in the host country. Such ring-fencing on an ex ante basis would have the effect of requiring U.S. financial companies to hold more capital and liquidity and would constrain the flexibility of companies to allocate their resources across the firm as needed in the event of financial difficulty. For instance, in the normal course of operations, a global firm could leverage its geographic diversification to direct resources to a subsidiary suffering losses because of, e.g., local market conditions. However, in the event that ex ante ring-fencing measures had been imposed, such a firm would be restricted in its ability to direct resources where needed. If improperly calibrated, such restrictions could make firms more vulnerable to failure.

A substantial degree of ex ante ring-fencing inhibits the efficient allocation of resources within a firm during non-stress periods as well. One of the principal advantages of maintaining cross-border operations is to permit an affiliate in a country with an excess supply of liquidity (e.g., a high savings rate) to lend to a country with an expanding economy, thus encouraging economic growth and providing higher returns for investors. When transfers within the global firm  substantially curtailed, however, such efficiencies may be lost.

CAP Is Wrong About New Regulatory Reforms May 16, 2019
Bank Liquidity 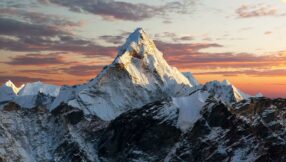 A Toxic Mix of Ring-fencing and Tax Policy—And a Ready Antidote December 21, 2017
More Posts by This Author
Resolution & Recovery Planning 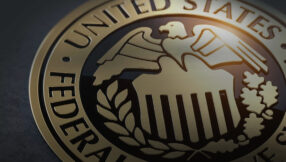 Putting the Horse before the Cart: The First Rule of Granting Fed Accounts is Clarifying Who is Legally Eligible to Apply June 14, 2021
Bank Activities and Structure 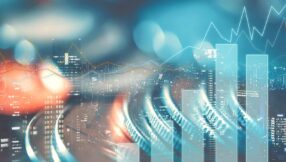 Rethinking Living Will Liquidity Requirements May 3, 2018