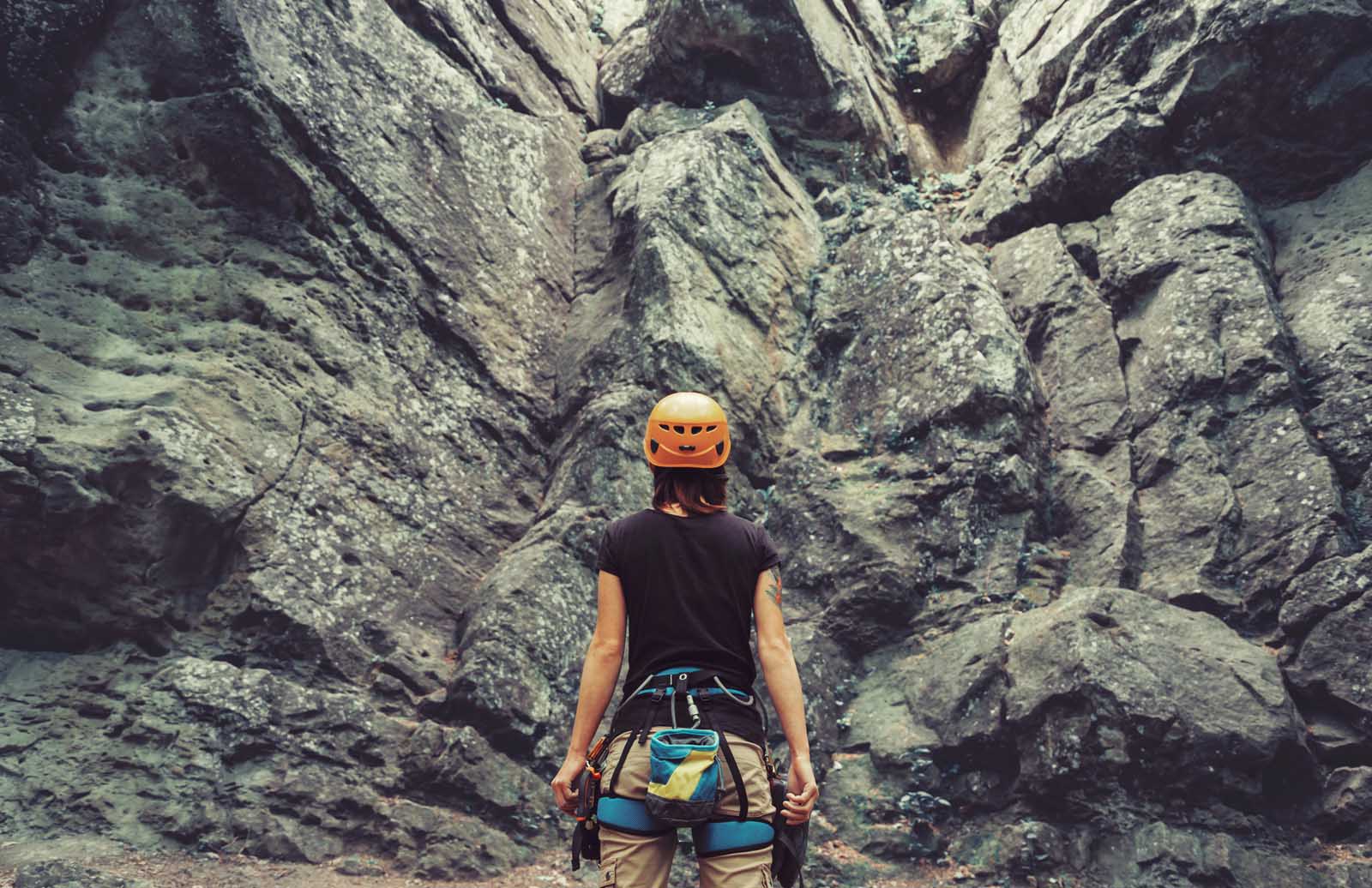 Recently, one hears opponents of regulatory reform arguing that there is no need for regulatory reform because banks are making “record profits.”[1]  The argument is quite puzzling, but we’ve heard it enough to think it deserved a quick response.

Just for starters, step back and think just how silly the “record profit” canard really is.  Suppose the government adopted a rule that every power plant had to be painted yellow, or that every car had to have a bumper on the roof, or that every restaurant had to include a pet bathroom.  All of those would be really dumb regulations, but all of those industries would remain profitable.  Indeed, they might even report record profits after those regulations were promulgated.  Does that mean that those regulations would then be vindicated, and constitute smart regulations?

Of course, the converse is also true:  if an industry were suffering record losses, that fact would not necessarily suggest that smart regulations should be relaxed.

(As an aside, it is interesting to note that the global financial crisis and the resulting record bank losses were the genesis of an effort to increase regulation; thus, it seems odd that both record profits and record losses are seen by some as arguments for regulation.)

First, “profits” is an odd and misleading metric to evaluate the health of an industry.  No investor or analyst decides whether to invest in a company based simply on its profits.  They generally look at return on equity (ROE) and related measures, both on an absolute and relative basis.  And they consider risk, as well as future prospects.  Profits grow as GDP grows, and with years of slow but steady GDP growth, companies across almost all industries are earning “record profits.” So, profits tell us little about the health of the industry, or how attractive for investment it is relative to other industries, also earning record profits.

So, what, for example, has happened to bank’ ROEs?

The blue line in the top panel of exhibit 1 shows ROE for the banking sector, defined as the aggregate level of profits scaled by total equity.  The dashed line shows the average ROE over the 14 years prior to the start of the financial crisis.  Clearly, the level of profitability of the banking sector is well below the average observed in the period prior to the start of the past crisis:  banks certainly are not earning “record ROE.”  Moreover, as shown in the panel on the bottom, average ROE for the banking sector does not exactly stand out relative to other industries.

Second, this argument implicitly suggests that profits are a bad thing for an industry to earn, and merit heightened regulation to reduce them.  That is a very strange idea.

Certainly, outsized returns can be a sign that regulation is warranted in two cases:  monopolistic or oligopolistic pricing (think:  OPEC and its oil or Mylan and its EpiPens) or fraud (think: Enron or Madoff).  But we know that (1) by every relevant measure, banking is unquestionably among the most competitive and least concentratedAmerican businesses; and (2) no one is seriously suggesting that aggregate bank ROE trends are driven to any material extent by fraud. And, as we’ve already noted, bank ROEs are if anything undersized, not outsized.

In banking, high profits could also signal a reduction in funding costs attributable to increased government subsidy.  However, deposit insurance (an implicit governmental guarantee) is a constant, but deposits have been falling as a share of bank assets, not rising.

In a study by the Government Accountability Office, more than half of the 42 models they estimated found that large banks have higher, not lower, cost of funds than smaller banks.  Two other recent studies, analyzing post-2010 data confirm the findings of the GAO.  A National Bureau of Economic Research working paper finds that large U.S. banks do not enjoy market capitalization benefits related to size that can be attributed to TBTF market subsidies.   A paper released by the Federal Reserve Bank of Philadelphia supports the NBER working paper’s conclusions by finding that bond prices now do not reflect a TBTF subsidy for the largest U.S. banks.  Indeed, we are aware of no study examining post-2010 data that finds evidence of such a subsidy. Markets clearly have recognized as much, as bank holding company debt is now priced on the assumption that bondholders will not be bailed out, and rather will be bailed in in order to recapitalize the institution.

So, to the extent that banks are profitable, it appears to be because they are offering products that consumers and businesses value, and (perhaps more significantly over the past few years) are using a revolution in technology to dramatically reduce their costs.  For the life of us, we cannot understand why either of those is an argument against (or for) regulatory reform.

We also ought not lose sight of the fact that profits are the foundation of a safe and sound banking system – it is earnings, after all, that are the primary means by which any bank builds the capital essential to its financial strength.  A profitable banking industry is the first and best bulwark against threats to its resiliency, and regulation that unnecessarily reduces their profits harms, not helps, safety and soundness. Indeed, in a recent article, Natasha Sarin and Lawrence Summers indicate that the lower level of bank profitability that has been observed post-crisis made banks less resilient, challenging the efficacy of post-crisis reforms.

Third, the largest profit center for almost all banks is lending.  Give or take, the more loans banks make the more money they make. So, when banks are making more money on lending, that generally means that more people are getting loans.  Those arguing that current profits are satisfactory are effectively saying that loan availability is sufficient, and that borrowers should be satisfied.  That, apparently, is not currently true.  According to the Fed’s small business credit conditions survey about 50 percent of startups (small businesses with 5 years or less) reported not having their borrowing needs satisfied.

In sum, it is quite possible for most industries to generate strong ROEs even as the economy falters, or weak ROEs even as the economy grows, but banks play a unique role in the economy.  As those who took Econ 101 know, a reduction in credit availability by banks depresses economic activity.  On the household side, it reduces loan demand via higher loan rates.  On the business side, tighter borrowing constraints lower labor productivity and lead to a less optimal allocation of resources across firms.

Fourth, the profits argument elides an important question:  how do particular regulations affect the profits (really, ROE) of particular bank businesses?  As our previous research indicates, banks (and particularly large banks) are enhancing profit by shifting assets out of certain activities that draw the largest capital charges in relation to true economic risk — e.g., small business lending, mortgage lending, and market-making.  Instead, they are investing in less capital intense businesses, like asset management, including private wealth management.  Is that a reason to feel sanguine about current levels of regulation?

Similarly, as both capital and liquidity regulation have increased the cost of holding, funding and hedging dealer inventory, market makers have reduced their activity in certain areas of capital markets.  These capital markets fund at least as much of our nation’s economy than bank lending.  Meanwhile, some of these firms have profited (earned good ROE) on their trading business as a result of recent global market volatility.  Is that profit a reason not to revisit regulation?

Disclaimer: The views expressed in this post are those of the author(s) and do not necessarily reflect the position of our members.

Will USDC’s Blackrock Money Fund Create a Back-door CBDC, Give USDC an Account at the Fed or Both? January 4, 2023
Mergers and Acquisitions

How To Measure The Change In Financial Stability Risk Resulting From A Merger: Some Technical Considerations. May 24, 2022
Mergers and Acquisitions