The Net Stable Funding Ratio: Neither Necessary nor Harmless 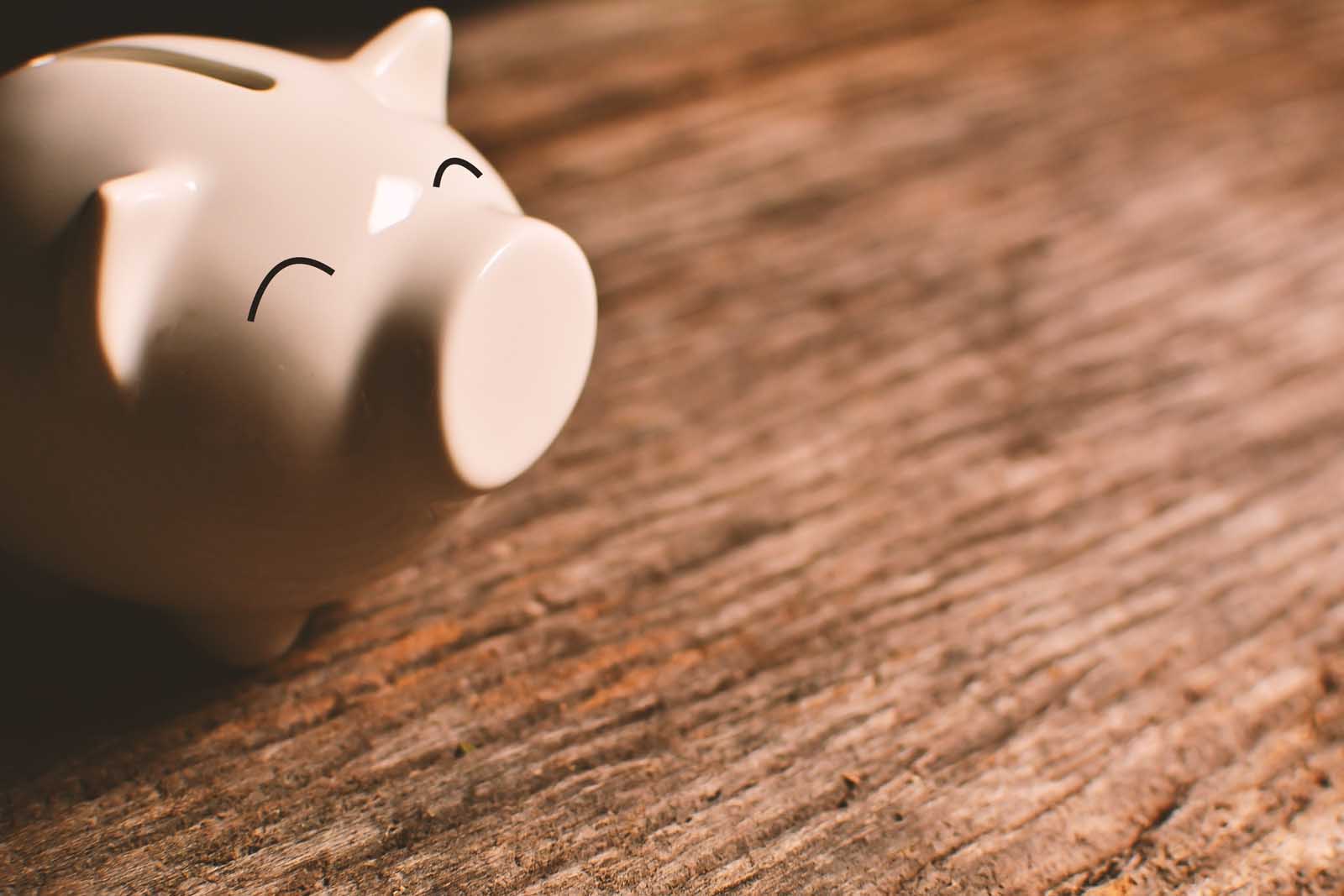 On July 5th, The Clearing House released a research note on the Net Stable Funding Ratio (NSFR) requirement – “The Net Stable Funding Ratio: Neither Necessary nor Harmless.” When the NSFR was first proposed by the Basel Committee on Bank Supervision (BCBS) in 2010, its objective was clear: It was designed to ensure that a bank had enough stable (think “sticky”) funding to continue to fund those assets it couldn’t liquidate over a stressful year, avoiding default. The requirement was essentially the same as the liquidity coverage ratio (LCR) requirement, which was proposed by the BCBS at the same time, except the LCR was designed to ensure a bank could avoid default over 30 days in conditions that were even more stressful.

As and when initially proposed, the NSFR made sense. Like the LCR, it included a specific stress scenario defined in some detail that was intended to determine how bank liabilities and assets were assumed to behave. No doubt as was the case with the LCR, the NSFR requirement could have been improved based in part on input from the public about those assumptions, but the basic objective and design were sound.

Unfortunately, as we describe in the note, the final BCBS version put forward in October 2014, and the very similar U.S. proposal put out earlier this year for public comment by the banking agencies, departed from that original coherence. The anchoring concept of the defining stress scenario was dropped, and several changes were made to the design of the regulation with the intention of achieving a couple of additional objectives.

As we show in the note, because of those changes, the NSFR lost its internal consistency and also became inconsistent with the LCR. Some banks that would pass the proposed NSFR could default within a year, even if events play out exactly as assumed in the regulation. Conversely, other banks that would be fine over a year under the regulation’s assumptions would nevertheless fail it. In short, the NSFR as recently proposed would be an unreliable guide for banks’ funding condition.

At the same time that the NSFR was becoming less conceptually coherent, changes elsewhere in how banks are supervised in the United States have made it conceptually redundant. All large banks are required to conduct monthly liquidity stress tests at multiple horizons, including at the one-year horizon of the NSFR. For the larger banks, the tests are complemented by the Federal Reserve’s annual horizontal liquidity review, the “Comprehensive Liquidity Analysis and Review.”

Perhaps the diminished benefits of the NSFR would still be worthwhile if it were relatively costless. But the proposed regulation would also entail some very substantial costs. For one, unlike the LCR, the NSFR will give banks an incentive to pull back from each other and hoard their liquidity if there is another shock to market liquidity like we experienced in 2007, amplifying the dynamic that contributed to the financial crisis. For another, the NSFR will make it even more costly for banks and broker-dealers to support intermediation in capital markets, a critical way in the United States that those with funds to save and invest are connected with those that need to borrower – including the U.S. Treasury.

In trying to predict the severity of this impact, a key question is the extent to which the NSFR actually binds the asset and liability choices of banks. At first glance, there might appear reason not to worry – as we show in out note under current conditions the NSFR is not very binding. A hypothetical bank with assets and liabilities constructed by adding up those of the banks subject to the NSFR appears to pass the NSFR with relative ease. 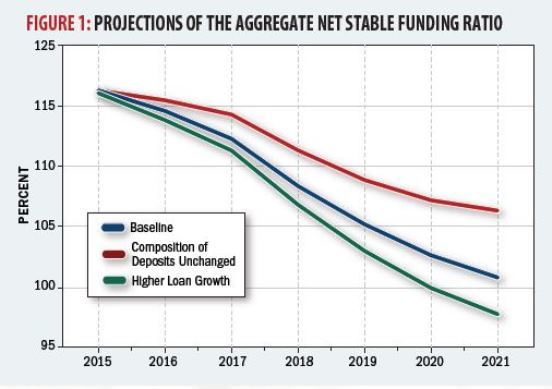 Unfortunately, as we also show, that relative ease is an artifact of the some unusual aspects to the current financial situation. In particular, the huge asset holdings of the Federal Reserve System result in correspondingly large levels of banks’ deposits at the Fed. Those deposits, referred to as reserve balances, are perfectly liquid and so require no stable funding. At the same time, the near-zero level of interest rates has supported massive growth in retail deposits at banks. Because retail deposits have historically been a very sticky source of funding, the NSFR treats them as very stable funding. With a large quantity of assets that don’t require stable funding (reserve balances), and an abundance of deposits that count as stable funding, the hypothetical aggregate bank passes the NSFR with ease.

Going forward, that is very unlikely to be the case. As the below chart (and the note) demonstrates, if reserve balances and retail deposits shrink in line with the Fed’s forecast of its balance sheet, and if banks shift their funding toward wholesale deposits in line with historical experience – in other words, if things return to normal – then the NSFR of the aggregate bank drops sharply and within a few years the bank just barely complies, meaning that many individual banks wouldn’t comply unless they took some compensating action. And given the large amount of stable funding required for loans to nonfinancial businesses and households, one likely action would be to lend less. In particular, we show that the annual growth in bank lending would have to be cut by about 3.5 percentage points, to near zero, even to offset only half of the projected decline in the NSFR.

In sum, the NSFR will provide little net benefit at substantial cost. The post-crisis regulatory reform has contributed to a banking system that is vastly better capitalized and more liquid than prior to the crisis. But rather than adopting an additional regulation of potentially negative value, perhaps now would be the right time to consolidate the gains that have been made and take stock of the impact of the regulations that have been adopted.

Discount Window Stigma: We Have Met the Enemy, and He Is Us August 10, 2021
More Posts by This Author
Resolution & Recovery Planning

FDIC’s Proposed Deposit Insurance Assessment Hike: A Threat to Small Businesses and the Economy, Based on Stale Data August 19, 2022
Regulatory Reporting and Accounting

BPI Comments to Banking Agencies on Reporting of Notional Pool Balances on Schedule RC-O of the Call Reports August 12, 2022
Bank Activities and Structure