Apart from adding reserves, which may be counterproductive, the Fed has done surprisingly little to address the potential for volatility in financial markets at the end of the year.  The GSIB surcharges of U.S. and foreign banks are largely determined by their balance sheet at year end, and the leverage ratios of European and Japanese banks are based on their balance sheets at quarter end.  Not surprisingly, therefore, the largest banks pull back sharply from financial markets at the end of the year.  Last year, repo rates spiked; the year before, the FX basis swap market imploded.  Judging by calculations from my colleagues Francisco Covas and Adam Freedman, U.S. GSIBS will be under even greater pressure this year to reduce their systemic scores.

The Fed is no doubt eager to avoid another episode of money market volatility given the drubbing they received over the volatility in September, but all the Fed appears to have done to date is add reserves to the banking system.  The addition of reserves could make things worse rather than better.  Indeed, the Bank of England has excluded reserves from its calculation of the leverage ratio specifically so that reserve injections don’t put pressure on banks’ balance sheets.

Perhaps the Fed hasn’t announced any material program to address year-end because it plans to make an announcement after the FOMC meeting concludes on Wednesday. If so, then we can make some guesses about the characteristics of what they will announce.  1) It won’t involve providing new forms of credit to new counterparties because that is too complicated to accomplish in the time available.  And 2) it will be somewhat controversial across FOMC participants or they would have already announced it.

First, the Fed could offer a standing repo facility for primary dealers but not for banks.  Primary dealers engage in repos with the Fed as a matter of course, so standing up a standing facility with primary dealers would be straightforward.  Such a facility help may not help, though.  Broker-dealer balance sheet isn’t freed up by borrowing from the Fed. If the Fed were to offer the facility to depository institutions, the Fed would have to offer it to all 10,000 or so DIs on the same terms, and as explained here, that is a difficult thing to do.

Second, the Fed could take steps to encourage use of the discount window.  For instance, the Fed could announce that the window is open and available, lower the discount rate, and offer term loans.  These actions could help.  Many of the institutions that borrow repo from large broker-dealers are foreign banks that are insufficiently highly rated to borrow directly from money funds.  Those banks have U.S. branches, and those branches can borrow from the discount window and reduce their borrowing from GSIBs.  Nevertheless, even with these steps to make the window more attractive, banks, especially foreign banks, are unlikely to borrow because of the intense stigma associated with borrowing.  Seems worth a shot, though.  Perhaps the Fed could emphasize publicly that borrowing over year-end 1) is different than normal borrowing; and 2) owes to market-wide, not bank-specific, stress.  The Fed could also report borrowing that occurs over year end under a different heading than other discount window borrowing when details are made public in two years.

Third, the Fed could lend dollars to other central banks over year end at a lower-than-normal interest rate.  Those central banks would, in turn, lend those dollars to banks in their jurisdictions at that lower rate.  (I’m not sure what the rate is.  The New York Fed’s FAQ says it charges foreign central banks what the foreign central banks charge on the dollar loans they provide to banks in their jurisdiction.  The BoJ (for instance) says they charge their banks the interest rate they are charged by the New York Fed.)  If foreign banks borrow dollars from their central banks to cover year-end needs, then those banks will be borrowing less from large broker-dealers, freeing up GSIB balance sheet. Year-end use of the swap lines, and (I think) the interest rates charged, will be visible ex post.

Fourth, and unlikely, the Fed could reopen the Term Auction Facility and auction term discount window funding over year-end.  The TAF runs on the same tracks as the discount window and remains authorized under Regulation A, so it might be possible to open quickly.  Moreover, it was largely stigma free during the crisis.  That said, the auctions are complicated enough that starting them up in three weeks would be a big lift; and the TAF is viewed as a crisis tool, so its use could be alarming.

I’d be curious what options, if any, you think could be forthcoming that I have missed.

As always, questions and comments welcome, and let me know if you would like to stop receiving these emails.  The emails are now being archived here.  You can also sign up for the emails at that website, but you clearly do not need to!

The Bank of England Just Released Its Plan for Getting Smaller. The Fed Could Learn from it. August 2, 2022
Monetary Policy

Op-Ed: Show Them the Money: Why the Fed Should Adopt CLFs April 1, 2022
Monetary Policy 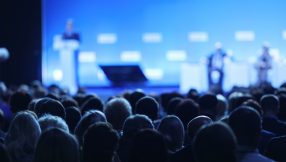