The Clearing House and SIFMA on October 31, 2017 submitted a letter to US Treasury Secretary Steven Mnuchin as chairman of the US Financial Stability Oversight Council raising financial stability concerns created by the EU’s proposed “payments moratorium,” and asking Treasury and the US banking agencies to raise these concerns at the FSB and the EU-US regulatory dialogue scheduled for early November 2017.  The payments moratorium would be implemented through an amendment to the European BRRD and would give EU regulators the power to impose a prolonged form of single-institution “bank holiday” by suspending payment obligations of an EU bank to its counterparties and customers (including its depositors) for up to twelve business days, and possibly longer.  The letter asserts the new power creates a number of problems, many of which would reduce financial stability.  Among other things, the power would: (i) incentivize creditors to run sooner, making bank failure more likely and sudden, (ii) mark a significant departure from globally agreed norms on such powers, jeopardizing netting as a risk management tool and significantly raising costs for hedging transactions, and (iii) put non-EU CCPs at a competitive disadvantage via their EU peers, the latter of which would enjoy an exemption from the powers while the former would not. 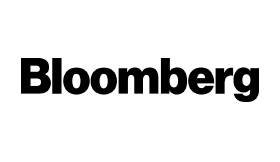