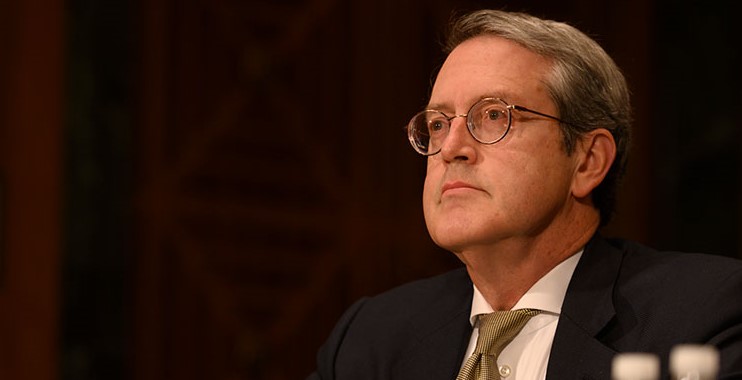 Last Thursday, Vice Chair Quarles delivered a speech titled The Economic Outlook, Monetary Policy and the Demand for Reserves.  While the title was not evocative, it was an important and interesting address on a variety of fronts.  Its central focus was the role that the Federal Reserve’s supervisory regime has played in recent repo market upset, but it also had major ramifications for the size of the Fed’s balance sheet and how it views the role of the discount window.  Set forth below are some of the major takeaways.

First, the Vice Chair clearly acknowledged that banking supervision (including both the traditional examination process and resolution planning) was having a significant effect on the repo market and monetary policy implementation.  Post-crisis, regulators generally have been reluctant to study or acknowledge costs that come with heightened regulation, and this marks a significant exception.  He and others at the Federal Reserve have closely studied the causes of recent repo market behavior, and the speech included a forthright discussion of some of the results of that study.

Second, Vice Chair Quarles made clear that while a wide range of options have been studied, he believes that the initial policy response to September’s repo market instability (beyond simply increasing the level of reserves) will be an adjustment in how the Federal Reserve examines banks.  He noted:

We could . . . [allow] firms to rely on the discount window in their [internal stress testing] as a means of monetizing, for example, Treasury securities in their scenarios. This approach would acknowledge a role for the discount window in stress planning, improve the substitutability of reserves and Treasury securities in firms’ HQLA buffers, and maintain the overall level of HQLA that firms need to hold. Such an approach could improve the efficiency of monetary policy implementation, as firms might show a greater willingness to reallocate to Treasury securities, reducing reserve demand and improving market functioning.

This policy change should not be controversial; it effectively shifts liquidity planning assumptions for U.S. banks from forced counterfactuals to consistency with existing Fed discount window policy.

Indeed, it is not so much a policy change, as a policy resurrection.  The “Interagency Advisory on the Use of the Federal Reserve’s Primary Credit Program In Effective Liquidity Management,” (SR 03-15), issued in 2003,[1] encourages banks to incorporate the discount window into contingency liquidity plans.  For example, the letter states:

Third, there are clear overlaps between his diagnosis here and his more general concerns about the examination process, set forth in a recent speech before the American Bar Association.[2]  As policies set behind the iron curtain of bank examination secrecy become more important in some cases than the written rules, the need for transparency, accountability and due process grows.  Vice Chair Quarles is clearly focused on those needs, both in general and with respect to this particular issue.

Fourth, the Vice Chair held out hope that a seemingly subtle change in examination process could result in a very substantial reduction in the level of reserves and thereby in the size of the Fed’s balance sheet.  He noted approvingly that the demand for reserves by UK and EU banks was about one-quarter of the reserves demanded by U.S. banks, and clearly tied this fact to the differential regulatory treatment of the capacity to tap central bank credit in liquidity and resolution planning.  It is remarkable, then, how large a policy impact could come from a previously little-noticed examination policy.

Fifth, he indicated that a standing repo facility — the option that has received the most public discussion — is on the back burner.  In describing the supervisory approach, he noted, “Also, with this approach, we would not need to set up any new programs.”  He then went on to describe the standing repo facility but noted, “While this option is still of interest, there may be benefits to working first with the tools we already have at our immediate disposal.”

There were several notable questions left unanswered in his speech.

The speech elided the question of what type of collateral, if pledged to the discount window, would gain a bank credit in liquidity stress testing and resolution planning.  The clear focus of the speech was on Treasury securities, as he noted, “I think it is worth considering whether financial system efficiency may be improved if reserves and Treasury securities’ liquidity characteristics were regarded as more similar than they are today.”  He then explained:

My suggested options are grounded in the principle that the Federal Reserve has an important role in providing liquidity to depository institutions. Today this role is played by the discount window, through which Reserve Banks provide fully collateralized loans to healthy institutions. While the range of eligible collateral for such liquidity provision is very broad, it may be worthwhile to focus for the moment on the Federal Reserve’s potential to provide liquidity that is collateralized only by Level 1 HQLA.” (emphasis added)

The moment continued for the duration of the speech; so now one must wonder if and when the Fed’s focus will move beyond only one type of eligible discount window collateral.  There clearly is a difference between the liquidity of a Treasury security and, say, an investment-grade corporate bond if one is seeking to monetize it in a market transaction; however, both are equally eligible for pledge to the Fed’s discount window.  While the latter would be subject to a larger haircut, that haircut is knowable and could be easily applied in any internal stress or resolution planning exercise.  Of course, even giving credit for Treasury securities might go a long way towards resolving some of the problems besetting the market, and thus would be a material help.  However, it would be ironic if such an approach in effect created a new type of discount window stigma — where firms with Treasury securities to pledge could plan for and execute discount window borrowing but those with other types of collateral could not so plan, loading up the stigma on borrowing at the discount window against less-liquid collateral, precisely the sort of borrowing that does the most to alleviate liquidity turmoil in financial markets.

Similarly, the Vice Chair stated, “We have also already publicly clarified in the 2019 resolution planning guidance that firms can assume discount window access in their Title 1 plans if they can meet the terms for borrowing, such as recapitalizing the bank subsidiary.”  He cited as the source “Board of Governors and FDIC (2019),” which we take to mean the final 2019 resolution planning guidance, which indeed states that “firms may assume that subsidiary depository institutions that are at least adequately capitalized will have access to fully collateralized daylight credit even in cases where the supervisory ratings of the parent assumed in the exercise fall below fair as a result of the condition of the parent firm or an affiliate.”[3]  However, the guidance also states, “The firm may assume that its depository institutions will have access to the Discount Window only for a few days after the point of failure to facilitate orderly resolution.”[4]

“A few days” is not only quite vague but also arbitrarily brief; its establishment as a standard was unaccompanied by any policy rationale.  The single-point-of-entry resolution strategy, which has been adopted by the 8 U.S. GSIBs in their Title I resolution plans and the strategy of choice for the FDIC under Title II,  is designed to ensure that post bail-in of total loss-absorbing capacity, or TLAC, the subsidiary depository institutions will remain well-capitalized; that is how the level of TLAC is calibrated.  However, orderly resolution, potentially to include asset sales, is unlikely to occur in a few days, so the effect of the “a few days” policy is to require banks to hold substantial additional liquidity in the form of reserves, which seems to be the very problem the Federal Reserve is now trying solve.[5]

We see two other problems with the “a few days” policy.  First, it establishes an unnecessary obstacle to an orderly resolution under SPOE.  That strategy produces a well-capitalized bank, held by a freshly capitalized bridge company, run by new management not responsible for the prior failure, and ready to provide continuity to its customers by performing on its obligations, thereby helping to preserve financial stability.  This bank can be expected to fund itself in the markets in the ordinary course, but to the extent that there is a freeze in the markets, or a period of uncertainty, then this bank, like any other bank, should be able to access the discount window.

Second, it is inconsistent with the Federal Reserve’s discount window policy, which indicates that loans can be provided with maturities of “up to a few weeks” if the institution is generally sound and “cannot obtain such credit in the market on reasonable terms.”  Section 10B of the Federal Reserve Act does limit the maturity of an advance to adequately capitalized institutions, but to four months, not a few days.[6]  Moreover, the Fed’s Discount Window FAQs document are specific that there are no frequency guidelines for primary credit, so regardless of initial maturity, loans can be rolled over.

Thus, if the Fed is looking to prompt a shift from reserves to Treasuries (or other eligible collateral), then a fixed, longer-term for assumed discount window access – say, 60 days – seems more consistent with both sensible resolution planning and longstanding discount window policy.  In any event, in the spirit of the Vice Chair’s speech, the Federal Reserve should make a clear, public, and well-informed decision about what that term should be, after consciously weighing the costs and benefits.

The speech did appear to get one thing wrong.  The Vice Chair noted that the Federal Reserve also is considering whether to measure the factors that make up the GSIB surcharge using an annual average rather than using year-end spot values, as the current system has led to year-end instability as the largest banks exit positions to drive down their scores.  We agree with such a policy but not his assertion that doing so “would not alter the stringency of the surcharge.”  Think of it as having a speed camera on every block of your commute versus just the last block, you would take longer to get to work.  Thus, the same level of activity, we calculate that some firms would likely increase a bucket (50 basis points) if the measure changed from year-end spot to average; more likely, they would shrink their assets.  Either is a substantial increase in stringency, and argues for a corresponding recalibration.

[5]  It is worth noting that because the resolution planning process is treated as confidential supervisory information, we simply do not know how examiners have interpreted “a few days,” or how that interpretation has shaped the liquidity assumptions of the affected banks.

The FSB’s Climate Roadmap—Are We on the Road to a New International Standard? September 7, 2021
Monetary Policy

Discount Window Stigma: We Have Met the Enemy, and He Is Us August 10, 2021
CECL

CECL and Capital Relief: A Choice Between Doing the Right Thing for the Right Reason or the Wrong Thing Based on a Misunderstanding July 20, 2021
Climate

No, Banks Were Not Bailed Out in 2020 July 13, 2021
More Posts by This Author
Bank Activities and Structure

Joint Op-Ed: Equity Should Be Required of the Entire Financial Sector, Not Just Banks September 10, 2021
Bank Activities and Structure