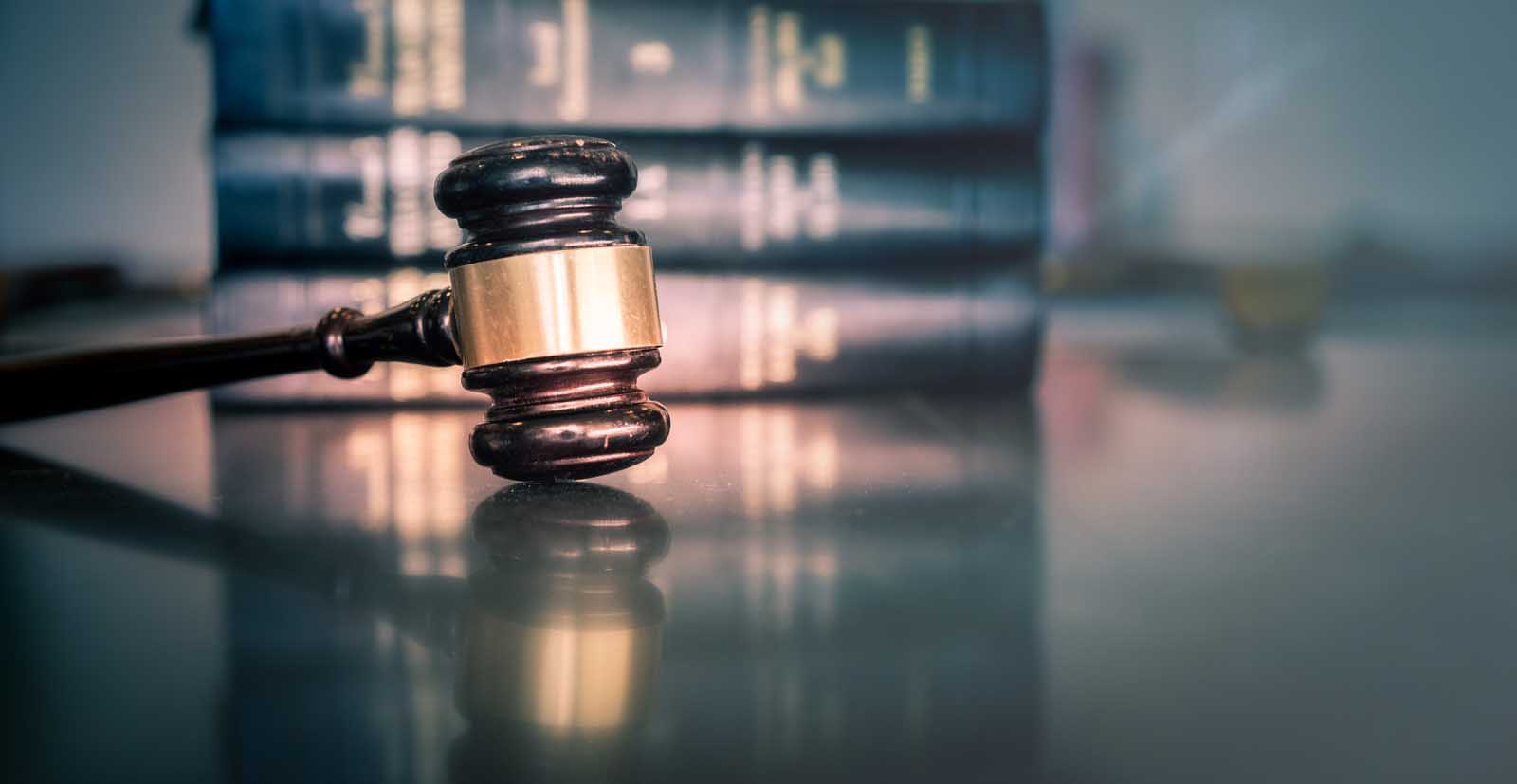 On November 21, the Basel Committee and the Financial Stability Board (FSB) published its annual assessment of globally systemically important banks (GSIBs), which ranks GSIBs according a mathematical formula and forms the basis of the Basel Committee’s GSIB capital surcharge framework.  According to the release, although the number and names of the banks included in the assessment sample remained the same relative to the past year, three U.S. GSIBs moved to a higher systemic risk bucket.  Namely, Citigroup moved from bucket 3 to 4, Bank of America moved from 2 to 3 and Wells Fargo moved from 1 to 2.  (Higher-numbered buckets imply higher systemic risk.)  In contrast, just one U.S. GSIB moved to a lower bucket – Morgan Stanley moved from 2 to 1.  These results led some analysts to erroneously conclude that the systemic risk posed by U.S. GSIBs actually increased over the past year, despite extensive efforts by banks and regulators to reduce systemic risk.  In this blog post we show that the increase in the GSIB score under the Basel Committee’s methodology is misleading for two reasons:

As we noted in our comment letter to the Federal Reserve when it proposed the GSIB surcharge in the U.S., the FSB’s methodology for estimating the degree of systemic risk is opaque and lacks empirical support for two reasons in particular.  First, because the methodology computes everything in euros and thereby requires conversion of balance sheet assets denominated in other currencies, movements in foreign exchange rates are an important driver of changes in the surcharge for GSIBs.  This results in significant fluctuations in the capital surcharge based entirely on a factor that is completely outside the GSIBs control and has no relationship to a GSIB’s actual systemic importance or risk.  Second, the systemic score is importantly determined by the relative position among GSIBs in each of the twelve systemic indicators that comprises a GSIB’s systemic score, and not on any stand-alone, absolute measure of each bank’s risk.  As such, reductions in systemic risk across all GSIBs have no effect on a bank’s systemic indicator score – indeed, the aggregate systemic risk posed by GSIB could fall by half, and not a single surcharge would change under the FSB’s approach.  Under the U.S. calculation of the GSIB surcharge, the U.S. agencies took into account these concerns and replaced the “relative approach” with absolute dollar amounts for each bank and converted the global indicator amounts from euros to U.S. dollars using an average exchange rate covering the period 2011-2013. 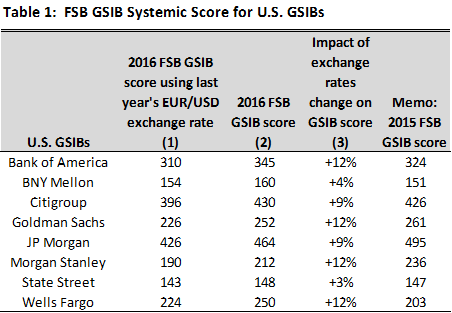 1Of the 76 banks that comprise the GSIB assessment sample, there are 16 banks from North America, 27 banks from Europe, 30 banks from Asia and 3 banks from South America.

Should the High Resiliency of Large Banks Be Used as the Basis for Prohibiting Bank Mergers? March 28, 2022
More Posts by This Author
Bank Capital and Stress Testing