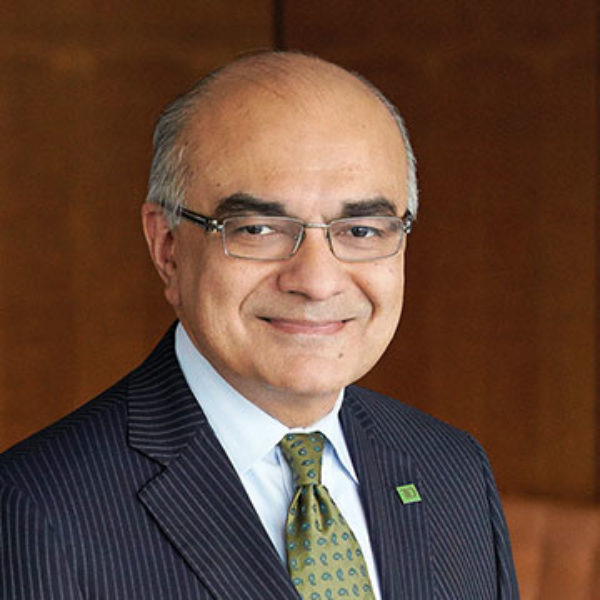 Bharat Masrani was appointed Group President and Chief Executive Officer of TD Bank Group on November 1, 2014. Mr. Bharat has more than 30 years of banking experience and is a member of the TD Bank Group Board of Directors. He most recently served as Chief Operating Officer for TD Bank Group from July 2013.

For his achievements in business and the community, Mr. Bharat was awarded an Honorary Doctor of Laws degree from the Schulich School of Business in 2017.