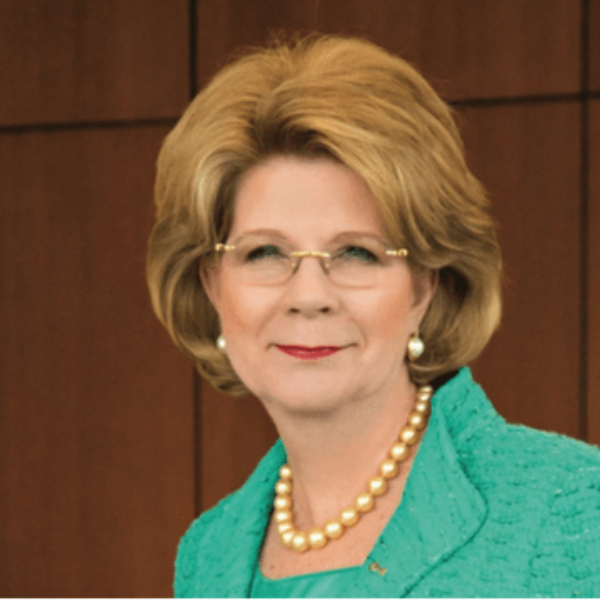 Beth Mooney has been Chairman and Chief Executive Officer of KeyCorp since May 1, 2011. In 2010, she was named President and became a member of KeyCorp’s Board of Directors.

Ms. Mooney, who joined KeyCorp in April 2006 as Vice Chair, Key Community Bank, has over 35 years of experience in retail banking, commercial lending and real estate financing. Prior to joining KeyCorp, Ms. Mooney was Senior Executive Vice President and Chief Financial Officer for Alabama-based AmSouth Bancorporation (now Regions Financial Corporation), where she ran its banking operations in Tennessee and Northern Louisiana. Her banking career included roles of increasing responsibility at Bank One Corporation, Citicorp Real Estate, Inc., Hall Financial Group and Republic Bank of Texas/First Republic. At Bank One, she served as Regional President in Akron and Dayton, and then as President of Bank One Ohio, managing major markets throughout the state.

Ms. Mooney graduated from the University of Texas in 1977 and earned her Master of Business Administration degree from Southern Methodist University in 1983, where she was selected as a 2007-2008 Distinguished Alumni of the Cox School of Business. She has been recognized by Forbes Magazine as one of “The World’s 100 Most Powerful Women” and by Fortune Magazine as one of the Top 50 “Most Powerful Women in Business.” Ms. Mooney was named the #1 Most Powerful Woman in Banking for three years before “retiring” to the Hall of Fame to make way for other winners. Ms. Mooney was the recipient of the ‘Corporate Responsibility Award’ from the Foreign Policy Association for leading KeyBank’s civic leadership and community outreach. Ms. Mooney received the 2017 ‘Women of Note Legacy Award’ from the Cleveland Foundation for her outstanding business, civic and philanthropic leadership in Greater Cleveland. Also in 2017, she was named American Banker’s “Banker of the Year.”

Mooney is on the Board of Directors of United Way of Greater Cleveland and is Co-Chair of the 2017/2018 campaign. Mooney is the Immediate Past Chair of the Greater Cleveland Partnership (GCP), one of the largest Chambers of Commerce in the nation, and remains a member of its Board and Executive Committee. She is also a Trustee and Treasurer of the Board of the Musical Arts Association (The Cleveland Orchestra) and a Trustee of the Cleveland Clinic Foundation.