Skip to content
Close
Home / About Us/ Leadership/ William Demchak 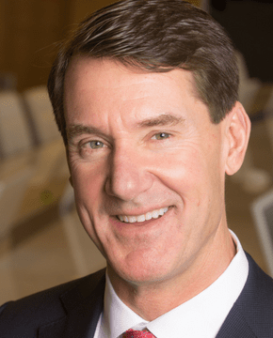 William S. Demchak is chairman, president and chief executive officer of The PNC Financial Services Group, one of the largest diversified financial services companies in the United States.

Demchak joined PNC in 2002 as chief financial officer. In July 2005, he was named head of PNC’s Corporate & Institutional Banking responsible for PNC’s middle market and large corporate businesses, as well as capital markets, real estate finance, equity management and leasing. Demchak was promoted to senior vice chairman in 2009 and named head of PNC businesses in August 2010. He was elected president in April 2012, chief executive officer in April 2013 and chairman in April 2014.

Before joining PNC in 2002, Demchak served as the global head of Structured Finance and Credit Portfolio for JP Morgan Chase. He also held key leadership roles at JP Morgan prior to its merger with the Chase Manhattan Corporation in 2000. He was actively involved in developing JP Morgan’s strategic agenda and was a member of the company’s capital and credit risk committees.

Demchak received a bachelor of science degree from Allegheny College and earned an MBA with an emphasis in accounting from the University of Michigan.