Skip to content
Close
Home / About Us/ Leadership/ Ronald O’Hanley 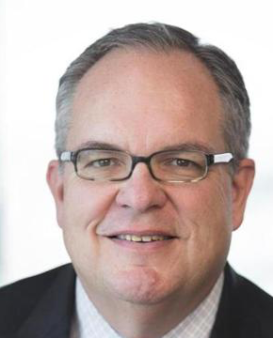 Prior to State Street, Ron was president of Asset Management & Corporate Services for Fidelity Investments, responsible for all Fidelity asset management organizations and Fidelity’s corporate functions and enterprise technology. He served at Fidelity from 2010 to 2014.

Prior to Mellon, Ron was with McKinsey & Company, Inc., from 1986 to 1997 and was elected a partner in 1992. He founded the Investment Management practice worldwide and was co-founder and co-leader of the firm’s North American Personal Financial Services practice. Additionally, he was a member of the Worldwide Property & Casualty Insurance practice. During his tenure with McKinsey, Ron served in the company’s Boston, New York, and Stockholm offices, where he focused primarily on financial services.

Ron received his Bachelor of Arts degree in political science from Syracuse University in 1980 and his Master of Business Administration from Harvard Business School in 1986.

Ron serves on the boards of Unum Corp. and Rhode Island Commerce Corporation. He also serves on the boards of The Boston Foundation, the IYRS School of Technology and Trades, Syracuse University and WBUR. Ron’s philanthropic and civic interests include corporate governance, retirement/healthcare policy and funding, education, and climate. He has led several initiatives on gender equality. Ron is a frequent speaker and writer, and is an avid offshore sailboat racer.