Skip to content
Close
Home / About Us/ Leadership/ Richard Fairbank 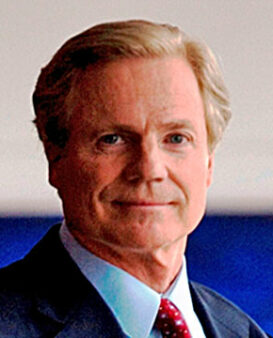 Richard Fairbank is founder, chairman and chief executive officer of Capital One Financial Corporation, a broadly diversified financial services company ranked 100th on the Fortune 500. Mr. Fairbank founded Capital One in 1988 based on his belief that the power of information, technology and testing could be harnessed to bring highly customized financial products directly to consumers. Headquartered in McLean, Virginia, Capital One is the 6th largest bank in the United States, offering a broad spectrum of financial products and services to consumers, small businesses, and commercial clients. Capital One has branch locations in New York, New Jersey, Louisiana, Texas, Maryland, Virginia, and the District of Columbia. Additionally, Capital One has international businesses in the United Kingdom and Canada.

Capital One has been widely recognized for its entrepreneurial culture, progressive work place, and community engagement. Capital One was named to Fortune Magazine’s list of “Top Companies for Leaders,” ranking second in North America and fifth globally. In addition, Capital One has been named to: Fortune’s “100 Best Companies to Work For,” Fortune’s “20 Great Employers for New Grads,” BusinessWeek’s “Best Places to Launch a Career,” Working Mother’s “100 Best Companies” and DiversityInc’s “Top 50 Companies for Diversity.”

Under Mr. Fairbank’s leadership, Capital One has demonstrated a strong commitment to philanthropy and volunteerism, supporting a number of area programs focused on community redevelopment and youth education, including DC Cares, the DC College Access Program and Junior Achievement. Mr. Fairbank has often been recognized for his community and industry leadership, including being named by Bank Technology and Systems as one of the 10 Top Innovators of the Decade. Mr. Fairbank was honored as a 2008 Washington Business Hall of Fame Laureate and also appointed to the President’s Council on Service and Civic Participation. He was named “2006 Banker of the Year” by the American Banker.

Mr. Fairbank served on MasterCard International’s Global Board of Directors and, prior to that, as Chairman of MasterCard’s U.S. Region Board.