Skip to content
Close
Home / About Us/ Leadership/ Kanetsugu Mike 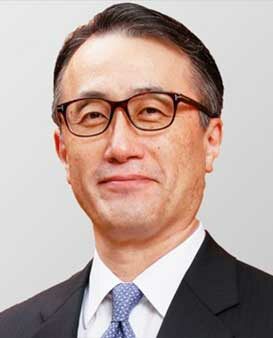 Since joining the company in 1979, Sugu has been instrumental in developing the bank’s global business, with assignments in London, New York, and Thailand. He has also led various high-profile projects involving complex integrations, including the merger of entities that ultimately created MUFG.

In 2011, he was appointed Managing Director and Chief Executive of Corporate Services, where he was responsible for the bank’s information systems and operations. Following this assignment and the bank’s investment in the fifth-largest bank in Thailand, in 2014, Sugu was appointed Vice Chairman of the Bangkok-based Bank of Ayudhya (Krungsri) and played a key role in its successful integration with MUFG Bank’s Bangkok branch.

Sugu earned a Bachelor of Arts in Economics from Keio University in 1979, and a Master of Business Administration from the Wharton School at the University of Pennsylvania in 1987.

Sugu is an avid practitioner of Kendo, a Japanese martial art.