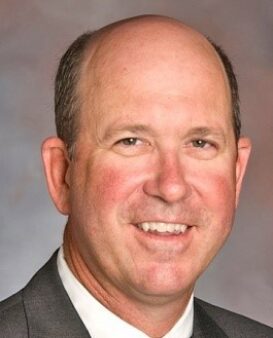 John Turner is president and chief executive officer of Regions Financial Corporation. He leads the company’s executive leadership team. Regions is a regional bank that operates throughout the South, Midwest and Texas and is headquartered in Birmingham, Ala.

Effective July 2, 2018, Turner became the chief executive officer and was appointed to Regions’ board of directors. He was named president in December 2017. Previously, Turner served as head of the Corporate Bank, a role he took on in 2014. He joined Regions in 2011 as president of the South Region, leading banking operations in Alabama, Mississippi, South Louisiana and the Florida Panhandle.

Before joining Regions, Turner was named president of Whitney National Bank and Whitney Holding Corporation in 2008 and was elected to the bank and holding company boards of directors. Before that he was responsible for all geographic line banking functions across the bank and served as the company’s Eastern Region President. Turner joined Whitney in 1994 as its Alabama regional president after nine years at AmSouth Bank, where he held senior consumer, commercial and business positions.

Turner holds a bachelor’s degree in economics from the University of Georgia. He serves on the Economic Development Partnership of Alabama, United Way of Central Alabama, Business Council of Alabama, Birmingham Business Alliance, A Plus Education Foundation and Infirmary Health System boards. Turner previously served on Public Affairs Research Council of Alabama and is a former chairman of the Mobile Area Chamber of Commerce, the Mobile Area Education Foundation and the United Way of Southwest Alabama. He is a graduate of Leadership Alabama and a former board member of Leadership Mobile.