Skip to content
Close
Home / About Us/ Leadership/ Jean-Laurent Bonnafé 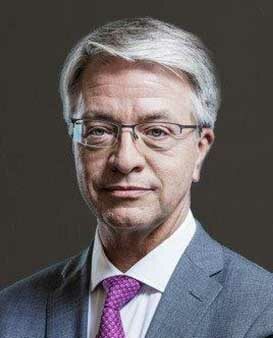 After graduating in Engineering, Jean- Laurent Bonnafé joined the French civil service, working first as a Senior Officer in the French Ministry of Industry and subsequently as Technical Advisor to the Ministe rof Trade and Industry.

In 1993 he joined BNP as a Senior Investment Banker. In 1997 he was appointed Head of Strategy and Development. Following the BNP merger with Paribas in the year 2000, he led the post-merger integration process.

On 14 May 2009, Mr Bonnafé was appointed Chief Executive Officer of Fortis Bank, remaining in this post until 1 February 2011 with a primary mission to ensure the smooth integration of Fortis Retail Banking activities into the Group.

At the Annual General Meeting held on 12 May 2010, he was elected a Member of the BNP Paribas Group Board of Directors.

On 1 December 2011 the Board of Directors appointed Mr Bonnafé Group Chief Executive Officer.