Skip to content
Close
Home / About Us/ Leadership/ Jamie Dimon 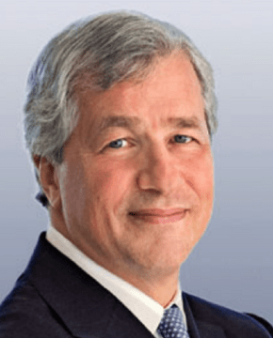 Vice Chairman of BPI, Chairman of the Board and Chief Executive Officer of JPMorgan Chase & Co.

James Dimon became Chairman of the Board of JPMorgan Chase on December 31, 2006, and has been Chief Executive Officer and President since December 31, 2005. He was President and Chief Operating Officer following JPMorgan Chase’s merger with Bank One Corporation in July 2004. At Bank One he was Chairman and Chief Executive Officer from March 2000 to July 2004. Before joining Bank One, Mr. Dimon held a wide range of executive roles at Citigroup Inc., the Travelers Group, Commercial Credit Company and American Express Company.

Mr. Dimon is on the Board of Directors of Harvard Business School and Catalyst; Chairman of the Business Roundtable; and a member of The Business Council. He is also on the Board of Trustees of New York University School of Medicine. Mr. Dimon does not serve on the board of any publicly traded company other than JPMorgan Chase.