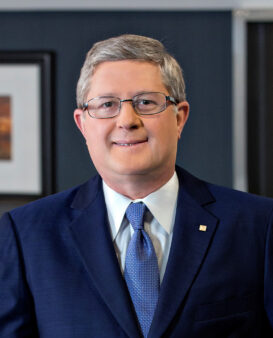 Ignacio Alvarez is the Chief Executive Officer of Popular, Inc. and its banking subsidiaries – Banco Popular de Puerto Rico (BPPR) and Popular Bank – since July 2017.  Popular is the leading financial institution in Puerto Rico with operations in the mainland United States and the Virgin Islands and ranks among the top 50 bank holding companies in the United States.  Prior to becoming CEO, he served in various roles at Popular, including President since 2014, Chief Operating Officer from 2014 to 2017, and Chief Legal Officer from 2010 to 2014. Ignacio and his team are responsible for more than $67 billion in assets, 8,500 employees and 1.9 million clients.

Prior to joining Popular, Mr. Alvarez was one of the founding partners of Pietrantoni Mendez & Alvarez LLP, a premier law firm in Puerto Rico.  He specialized in corporate and banking law and was vital in the firm’s success for 18 years.

Mr. Alvarez graduated from Georgetown University in 1980 and continued his studies at Harvard Law School, graduating in 1983. In that same year, he was admitted to practice law in Florida and the Commonwealth of Puerto Rico. Mr. Alvarez also serves on the Board of Directors of Endeavor Puerto Rico, Fundación Banco Popular, and Popular Bank Foundation.