Skip to content
Close
Home / About Us/ Leadership/ Greg Carmichael 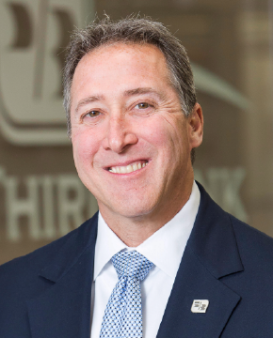 Former Chairman of the Board, President & Chief Executive Officer of Fifth Third Bancorp

Greg D. Carmichael is the former chairman, president and chief executive officer, overseeing the strategic direction of Fifth Third Bancorp, a diversified financial services company headquartered in Cincinnati. The Company has
$141 billion* in assets and approximately 18,500 employees. It operates 1,158 retail banking centers* in 10 states and has commercial and consumer lending presence throughout the United States. Its four main businesses
are Commercial Banking, Branch Banking, Consumer Lending and Wealth
& Asset Management.

Greg was named president in September 2012 and was appointed to the Board of Directors in July 2015. He became CEO in November 2015 and was elected chairman of the Board in January 2018.

In his previous role as president and chief operating officer, Greg was responsible for the Consumer Bank (Retail Banking, the Fifth Third Mortgage Co., Credit Card Group and Consumer Finance), Commercial Banking, Payments and Commerce Solutions and Fifth Third Investment Advisors divisions, as well as the Marketing and Customer Experience functions of the Bank. In his more than 15 years of service to the Company, Greg has provided outstanding direction and vision to the organization, and his leadership has helped drive the Bank’s overall success. His focus on the customer experience has resulted in technological innovation, stronger analytics and more centralized, consistent operations.