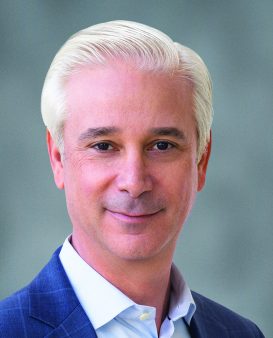 Charles W. Scharf is chief executive officer and president, and a member of the Board of Directors of Wells Fargo & Company.

A financial services veteran with more than 25 years of experience in leadership roles in the banking and payments industries, Charlie served as chief executive officer of Bank of New York Mellon from July 2017 to October 2019 and the chairman of its board from January 2018 to October 2018. He also was chief executive officer and a director of Visa Inc. from November 2012 to December 2016.

During his tenure at Bank of New York Mellon, Charlie demonstrated a strong track record in initiating and leading change, driving results, strengthening operational risk and compliance, and innovating amid a rapidly evolving digital landscape.

As the CEO of Visa, Charlie transformed the firm into a technology-driven digital commerce company by partnering with the world’s leading technology companies to drive new payment experiences and introduce new technologies to improve payment system security.

Charlie earned a Bachelor of Arts degree from Johns Hopkins University and an MBA from New York University.