On the Resiliency of U.S. Operations of Foreign Banks 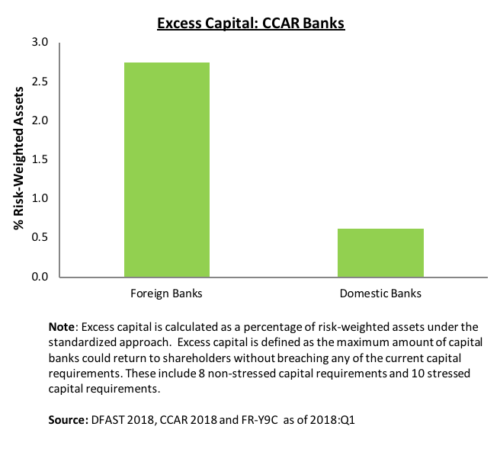 On the liquidity front, the U.S. operations of foreign banks also hold a sizable stock of high quality liquid assets (HQLA).  As a result of Basel III liquidity requirements, banks are required to hold liquid assets that can be easily liquidated if a financial crisis were to occur. These large stockpiles of highly liquid assets make fire sales of illiquid assets much less likely to occur, thereby decreasing the potential magnitude of bank losses during a crisis.  Although data on holdings of HQLA are not directly available on regulatory disclosures (except for the largest U.S. banks) we constructed a proxy for HQLA using data from the regulatory FR Y-9C forms (see herefor a definition).  The HQLA proxy is defined as the sum of level 1 and level 2A assets. Level 1 assets include reserve balances, Treasury securities, mortgage-backed securities (MBS) guaranteed by Ginnie Mae, and agency debt that is explicitly guaranteed by the full faith and credit of the U.S. government.  Level 2A assets comprise government-sponsored enterprise (GSE) debt, GSE MBS, and GSE commercial MBS.  Level 2A assets are subject to a haircut.  As shown in the chart below, the ratio of HQLA to total assets is about 16 percent for foreign-owned subsidiary banks operating in the U.S. 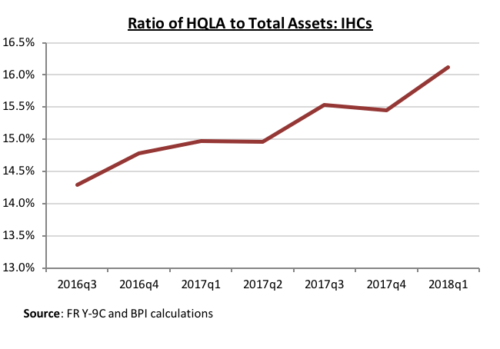 It is difficult to assess how current capital and liquidity levels compare to the period prior to the 2007-2009 financial crisis.  The concept of U.S. intermediate holding companies (IHCs) is relatively new, so it is a cumbersome task to estimate a consistent time-series for capital and HQLA levels of IHCs prior to 2016.  However, there is some historical data that is readily accessible on the levels of capital and liquidity of U.S. broker-dealer subsidiaries of foreign banks.[2]  As shown in the chart below, U.S. broker-dealers of foreign banks increased their resilience significantly over the past 11 years.  Specifically, the broker-dealers have roughly tripled their capital relative to total assets and approximately doubled their cash holdings as a proportion of total assets. 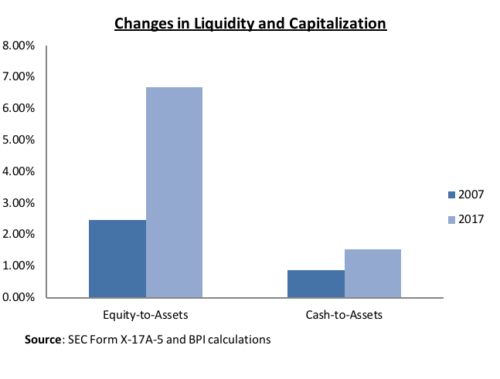 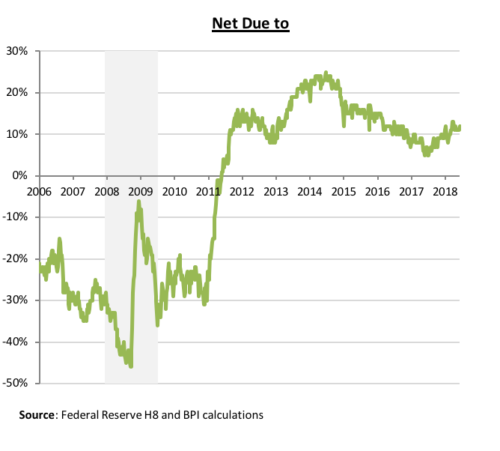 In summary, our analysis shows that the U.S. operations of foreign banks are resilient and well positioned to weather the next significant economic downturn.  At the same time, the branches and agencies of foreign banks play an important role in funding U.S. businesses.

[3]The sample includes all branches and agencies of foreign banks that are included in the H.8, “Assets and Liabilities of Commercial Banks in the United States.” 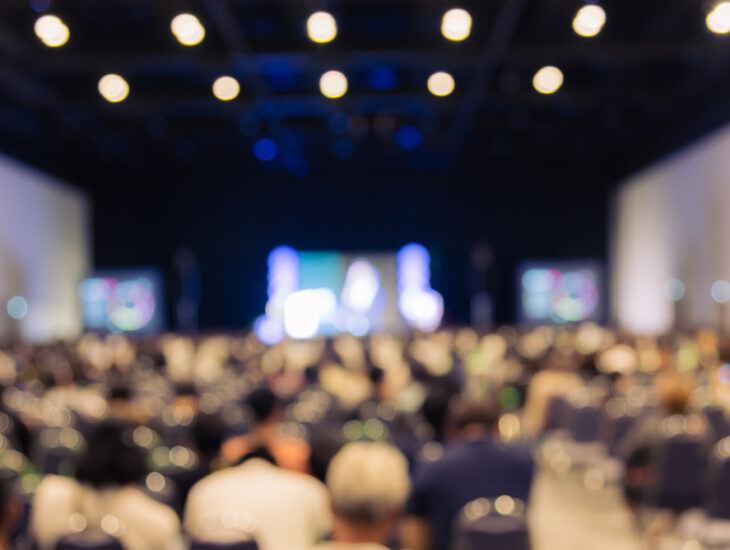 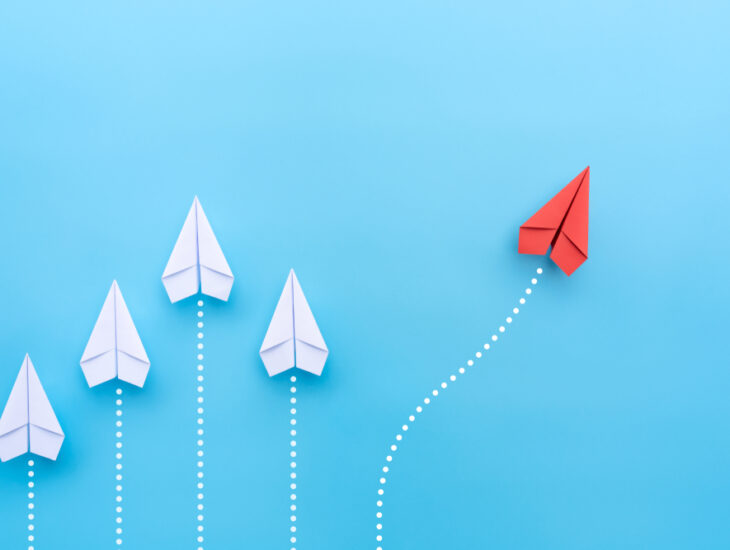