Top of the Agenda 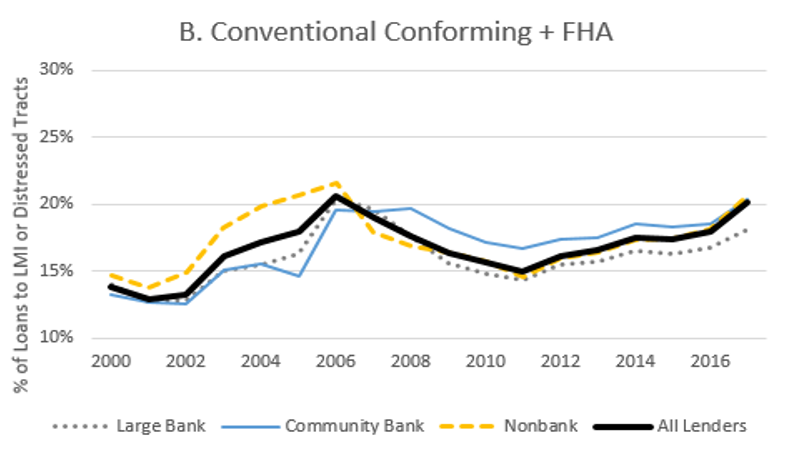 On October 29, the Penn Institute for Urban Research and Wharton Public Policy Initiative hosted a symposium for policymakers to assess “The Future of the Community Reinvestment Act” (CRA). The symposium addressed CRA reform with two-panel discussions – one on the data and empirical analysis informing CRA changes and the other on policy implications and alternatives. BPI economist Paul Calem and SVP and Associate General Counsel Dafina Stewart participated in the event, along with representatives from the Urban Institute, FDIC, National Community Reinvestment Coalition, National Association of Affordable Housing Lenders, New York University and Boston College.

Calem presented research showing that large banks have kept pace with non-banks and community banks in lending to low- and moderate-income neighborhoods, despite shifts in Federal Housing Administration and GSE backed loans to nonbanks. The data also suggest that the share of loans going to low- and moderate-income borrowers has been stable — they are not being crowded out by gentrification. Stewart discussed the changes the banking industry would like to see in a revised regulatory framework for the CRA. These changes include making the CRA regime more transparent and objective, improving the performance evaluation process, and revisiting how assessment areas are determined and evaluated. BPI has previously submitted a comment letter with principles for modernizing CRA.

15 Community Banks Join the Clearing House’s Real-Time Payments Network
The Clearing House announced on October 29 that 15 small institutions have joined its RTP network. The Federal Reserve announced plans to build a competing system, which is scheduled to debut in 2024. American Banker reported that the small banks were joining the RTP network to assist workers in receiving their pay and payments faster and for its flat fee structure. Also on October 31, Mike Lee, Senior Vice President of Government Affairs for BPI, participated in a panel discussion hosted by the American Action Forum on “The Federal Reserve and Real-Time Payments.”

America’s Middle Class Is Getting Hooked On Debt With 100% Rates
On October 29, Bloomberg reported on the increase in online installment loans. In just a span of five years, online installment loans have gone from being a relatively niche offering to a red-hot industry. “Non-prime borrowers now collectively owe about $50 billion on installment products, according to credit reporting firm TransUnion. In the process, they’re helping transform the way that a large swathe of the country accesses debt,” according to Bloomberg.

HUD, DOJ Reach Agreement on False Claims Act prosecutions
The Department of Housing and Urban Development and the Justice Department signed a memorandum of understanding on setting guidance on how to evaluate False Claims Act cases. Politico reported on the guidance and noted that “both banks and consumer advocates have pressed the Trump administration for clear guidance from the two departments on how violations of the law would be handled going forward.” Many banks have exited Federal Housing Administration lending programs following a series of enforcement actions.