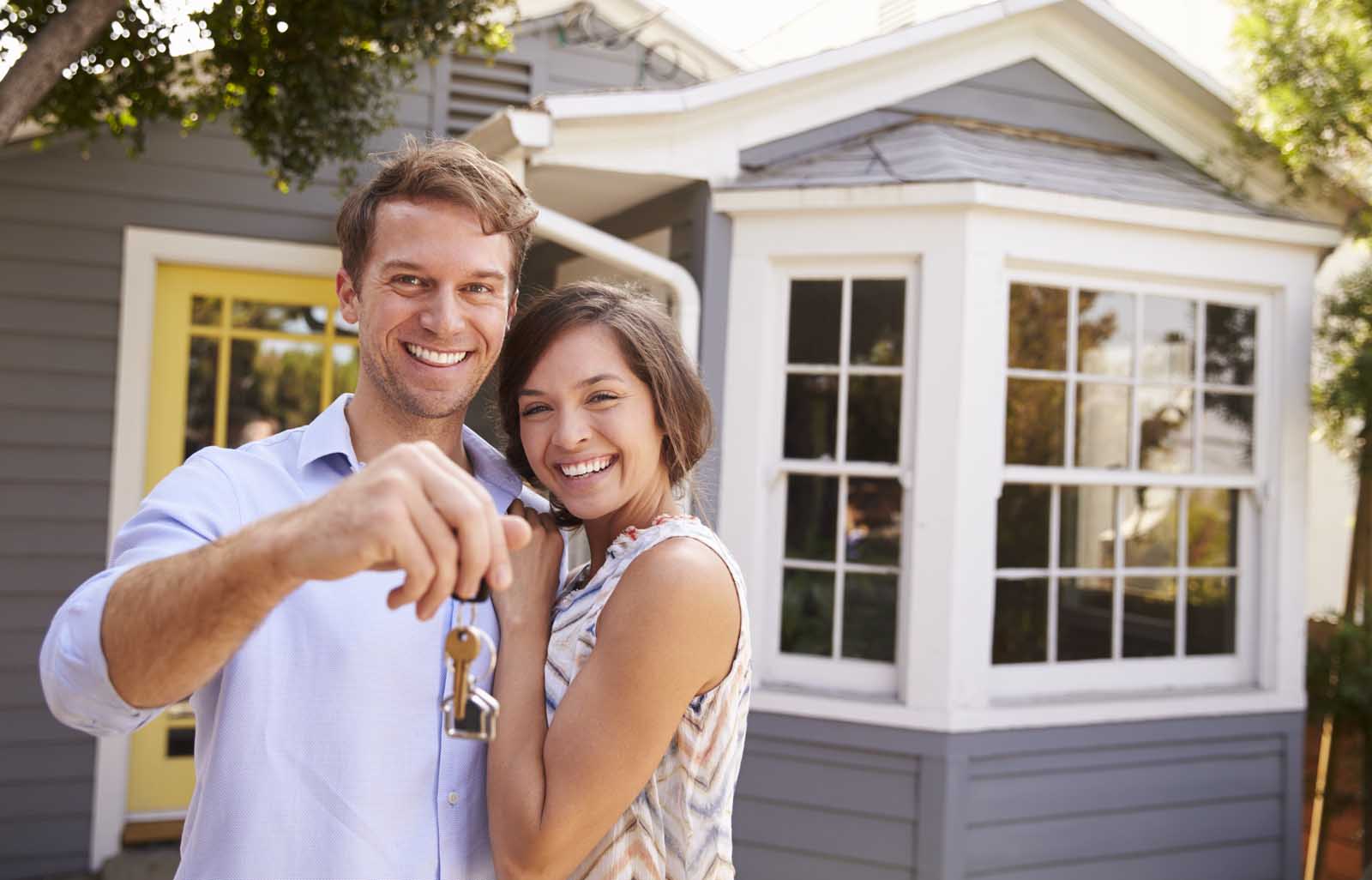 Currently, interest rates and investment flows indicate increased stress in money markets; these stresses are caused by, and shed light on the impact of, a number of regulatory changes.1 Specifically, leverage ratio requirements have made it more expensive for banks to intermediate in money markets; the liquidity coverage ratio requirement has increased bank demand for term funding; and currently most important, money fund reform is driving funds out of prime money funds.

The impact of the leverage ratio is perhaps easiest to see in the federal funds market, which is the market where U.S. banks, including U.S. branches of foreign banking organizations (FBOs), and government sponsored enterprises (GSEs) such as Fannie Mae, Freddie Mac, and the Federal Home Loan Banks (essentially, all the institutions that have accounts at Federal Reserve Banks) lend to each other on an unsecured basis, primarily overnight.  Historically, banks and GSEs used the market in part to lend or borrow excess funds at the end of the day so that their accounts at the Fed ended the day with a positive but small balance; since prior to the crisis reserves did not earn interest.2 However, the federal funds market is currently largely shut down because of the very high level of reserves balances created by the Fed’s large scale asset purchases.

Specifically, the federal funds market now consists almost entirely of overnight loans from GSEs to FBOs.3 GSEs have deposit accounts at the Federal Reserve but do not earn interest on those deposits.  When GSEs have excess funds, they lend them to banks, which earn interest on their deposits at the Fed, currently 50 basis points.  The GSEs can also invest the funds in the Federal Reserve’s reverse repurchase facility, where they earn 25 basis points.4 U.S. branches of FBOs, rather than domestic banks, are the main borrowers of the funds lent by the GSEs.  If a domestic bank borrowed from the GSE and deposited the funds at the Fed, it would be required to pay deposit insurance on the transaction amount because deposit insurance is levied on banks’ total assets, not their deposits.  U.S. branches of FBOs, by contrast, do not take insured deposits and so do not pay deposit insurance, making the transaction with the GSE relatively more profitable.

But as can be seen in the exhibit, at month ends the federal funds rate drops sharply to near the RRP rate.  Most of the FBO borrowers are European banks, and European supervisors compute the banks’ leverage ratio using assets calculated as a quarterly average of month-end levels.  So European banks seek to be smaller at month end to reduce the amount of equity they need to hold to comply with the leverage ratio.  Among other things, they stop borrowing fed funds from the GSEs for the day, with the result that the fed funds rate falls sharply to the RRP rate.   At that point, the GSEs invest in the RRP facility instead of lending fed funds.

The month-end drop in the fed funds market is especially interesting because it provides a direct reading of the impact of, and cost of, leverage ratio compliance.  U.S. banks’ leverage ratios are calculated using a quarterly average of daily data, so the impact coming from U.S. compliance is not as easy to discern, but there is no reason to think it isn’t as large, especially because U.S. banks are required to meet a leverage ratio requirement that is twice as high as European banks.

More broadly, at month, quarter, and year ends, banks and dealers seek to get smaller.  Not only do they pull back from the fed funds market, they also reduce their lending in the repo market and borrowing through repo, CP, and CDs.  Prime money funds invest to a large extent in bank CP and CDs and, along with government funds, reverse repos with banks. With those investments unavailable, the money funds instead invest in RRP at the Fed.  The investments of the money funds and the GSEs drive up RRP usage sharply.  Indeed, usage at the end of the third quarter—$413 billion—was as high as it has been since the facility was created, apart from the previous year end.

At the same time, as shown in the left panel of exhibit 2, the GCF–GC repo spread has widened to post-crisis highs.  Like RRP usage, the GCF–GC spread widens at each quarter end and especially at the most recent quarter end.  The GCF repo rate is a rate at which smaller or lower-rated dealers borrow from larger and higher-rated dealers and the GC repo rate is a rate at which larger dealers borrow from money funds.  The spread is a measure of the premium larger dealer charge smaller dealers to borrow in the repo market via the larger dealers’ balance sheet.

The rate spikes and RRP usage have been especially pronounced lately because the quarter-end effects have come on top of pressures arising as a result of money fund reform.  On October 14, prime money funds were required to start reporting share values on a floating basis, and they will also have to be able to impose fees and gates on investor withdrawals in times of stress. In response, about $1 trillion has flown out of the prime funds and into government funds, which are not subject to these changes, since last fall.  That massive shift out of prime funds has driven up banks’ cost of borrowing, as reflected in the upward trend in 3 month LIBOR-OIS, plotted in the right panel of exhibit 2.  The LIBOR rate measures the amount banks are paying for 3 month funds while the 3-month OIS rate measures the expected federal funds rate over the next three months.  Consequently, the spread is a measure of bank term funding cost.  Indeed, responses to special questions on the Fed’s Senior Credit Officer Opinion Survey indicated that a material fraction of dealers had reduced their use of certificates of deposit and commercial paper sold to prime money funds as a source of funding, citing money fund reform as the reason.5

The money fund shift also contributes to heavier investment in the RRP facility, which has risen to an average level (excluding quarter end) of over $150 billion in recent weeks from around $30 billion in April and May.  Prime funds have sought to shorten the duration of, and increase the liquidity of, their investments, and so have increased their investments in the RRP facility.  At the same time, government funds have needed to invest their inflows, with much of that money ending up at the facility as well.  For the same reason, money funds have increased their demand for Treasury bills (Tbills), contributing to materially lower bill rates, which, as shown in exhibit 3, fell sharply near quarter end.

In addition, as described in a recent TCH research note, banks efforts to comply with the LCR should result in term money market spreads equaling the sum of the leverage ratio times banks’ equity premium and the money premium (the amount by which the Tbill rate is below term rates).  The upward trend in the LIBOR-OIS spread is consistent with leverage requirements becoming increasingly binding, as well as the heightened demand for money-like instruments.  Moreover, the reduced supply of term funding for banks resulting from the shrinkage of prime money funds will make compliance with the LCR more difficult, boosting banks’ demand for HQLA (especially Treasury securities and reserve balances), pushing down Treasury term premiums from already very low levels.

On a final note, while current developments in money markets are the result of a range of factors, most importantly money fund reform, they have at least two important implications for bank regulation.  First, regulations are clearly having a material impact on financial markets, as illustrated by the monthly swings in the federal funds rate that can only be attributed to the leverage ratio.  Moreover, the swings are specifically the result of banks having to hold capital against completely riskless and liquid deposits at central banks. Second, understanding how regulations influence the economy requires considering how regulations interact with each other:  For example, the cost of compliance with the LCR, and therefore its imprint on financial markets, is increased by the leverage ratio requirement.  Consequently, it is surprising that the regulatory agencies have resisted calls to conduct a holistic assessment of the costs and benefits of regulations.  Indeed, it is hard to see how the agencies could be conducting accurate cost benefit analyses without such a comprehensive perspective.

1 For an excellent and comprehensive analysis of many of the issues raised in this post see Elizabeth Klee, Zeynep Senyuz, and Emre Yoldas, “Effects of Changing Monetary and Regulatory Policy on Overnight Money Markets,” Finance and Economics Board of Governors of the Federal Reserve System, October 20, 2016.

2 “Reserves” is another word for “deposits at the Fed” and “excess reserves” are funds over and above required reserves, the amount, determined as a fraction of customer deposits at the bank, that the bank must hold on deposit at the Fed.

4 The Fed’s RRP facility is a tool to help the FOMC implement monetary policy during a period when reserve balances are at very high levels.  Financial institutions, including, importantly, money funds and GSEs, can invest funds overnight at the facility at a pre-specified rate, currently 25 basis points.  Because financial institutions can lend to the Fed through the facility and earn 25 basis points, they are generally unwilling to lend into money markets at lower interest rates.  In this way, the RRP facility helps put a floor on money market rates, which helps the FOMC keep the federal funds rate within its target range (currently 25-50 bp).