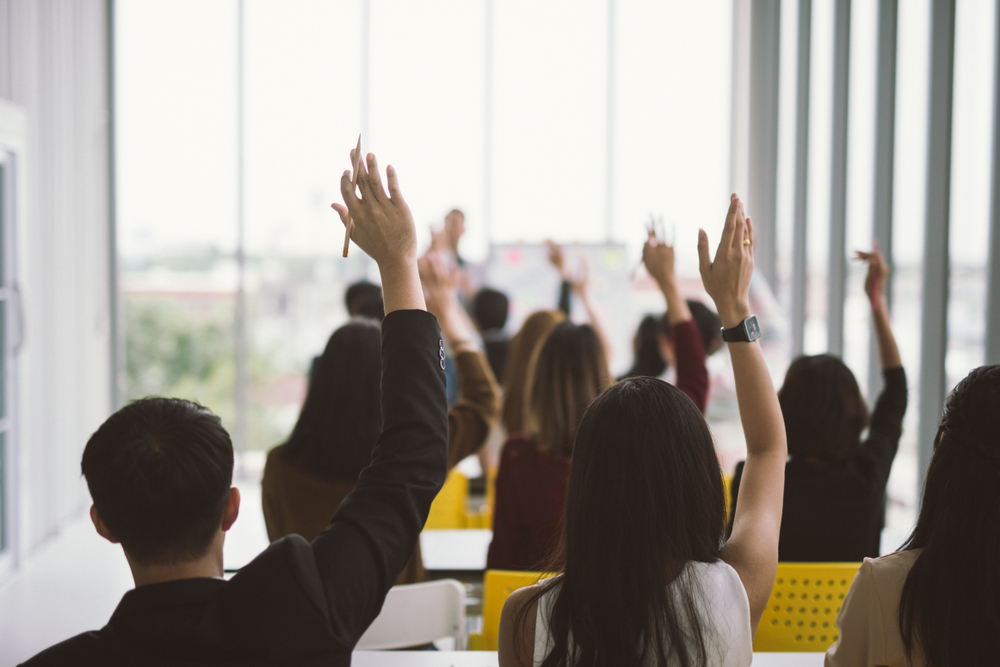 In advance of the November FOMC meeting, Federal Reserve staff conducted a Senior Financial Officer Survey. The SFOS is similar to the Quarterly Senior Loan Officer Opinion Survey but rarely used — the last survey was in 1998. The recent survey collected information about banks’ demand for excess reserves—deposits held at Federal Reserve Banks in excess of reserve requirements. The results of the survey are published here.

One of the survey questions (question 2, copied below), asked each respondent bank to rate the importance of different possible “determinants” of the bank’s minimum desired holdings of excess reserves. In a blog posted earlier this month, A Major Concern with a Recent Federal Reserve Survey, we pointed out that that the Fed had omitted any regulatory obligations as potential determinants of banks’ demand for excess reserves. It is a strange omission as such constraints are considered by many market participants and academics, and even the Fed, to be important determinants of banks’ holdings of excess reserves.1

The Fed summarized the findings of the SFOS as follows:

A majority of the respondents reported that satisfying internal liquidity stress metrics, meeting routine intraday payment flows, and meeting potential deposit outflows were important or very important determinants. Given their assumptions about the ability to monetize various forms of high-quality liquid assets, over one-third of the respondents cited managing their liquidity portfolio as an important or very important driver. P.3

Thus, the survey did not identify any regulatory factors, perhaps because they were not included in the survey.

So that the public could have a more complete picture of the factors influencing banks’ demand for excess reserves, we expanded on the Fed survey to allow regulation to be rated as a potential factor in reserve demand. In particular, we asked BPI banks to rate four additional considerations that might determine their minimum desired holdings of excess reserves.

We asked banks to employ the same scale as was used in the original survey, so that the results would correspond.

Care should be used comparing the results of the BPI survey directly to the results of the Fed survey. Only 21 of BPI’s 48 member banks responded, so there is a risk, even likelihood, of sample selection bias – banks most influenced by liquidity requirements were probably more likely to respond.

Lastly, it is notable that the response to the Fed survey that was given the most importance by respondents was “satisfying internal liquidity stress metrics.” While regulatory and examination mandates would appear to be external rather than internal, that response may have been used by participating banks to suggest that other factors were at work.

The question included in the Fed’s Senior Financial Officer Survey was as follows:

2. Please rate the importance to your bank of the following considerations in determining the approximate lowest dollar level of reserve balances that your bank would be comfortable holding before it began taking active steps to maintain or increase its reserve balance position on a scale of 1 (not important), 2 (somewhat important), 3 (important), or 4 (very important), or, if the factor is not applicable to your bank (for example, your bank is not subject to the regulatory requirement or does not engage in the described activity), please select “N/A.”

The additional “considerations” we asked about were

We received survey responses from 21 of BPI’s 48 member banks. Of the respondent banks, 12 were domestic banks with more than $100 billion in assets, 5 were smaller domestic banks, and 5 were foreign banking organizations. The results are summarized below

J. Satisfying examiner expectations about the composition of your bank’s pool of liquid assets:

1 The discussion of the reserve demand in the November minutes begins:

The staff noted that banks’ liquidity management practices had changed markedly since the financial crisis, with large banks now maintaining substantial buffers of reserves, among other high-quality liquid assets, to meet potential outflows and to comply with regulatory requirements. (Minutes of the November 2018 FOMC meeting, page 3)