Is the Fed Almost Done Reducing Its Securities Portfolio? 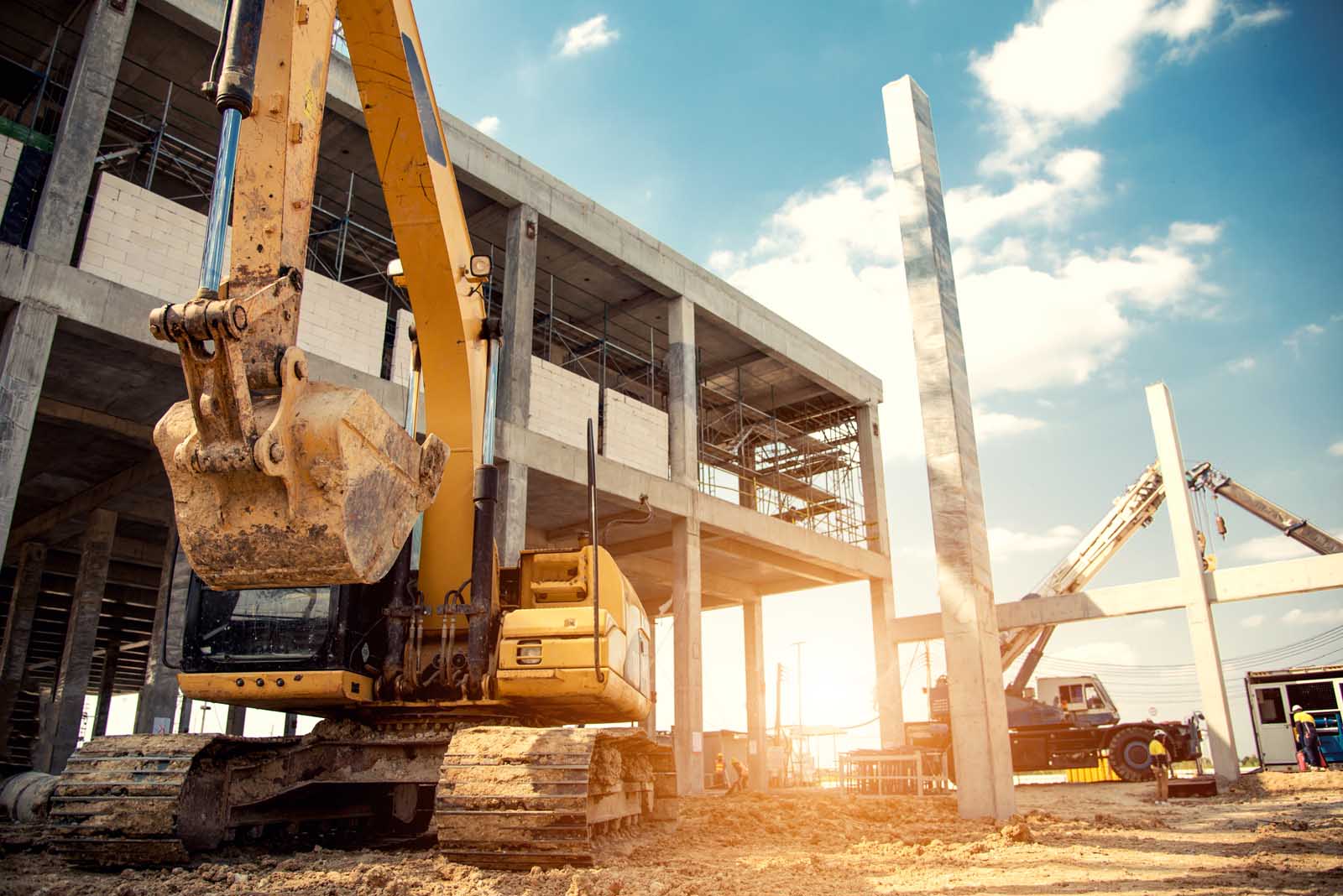 Money market participants are now intently focused on what may appear to be a minor, technical development:  over the past few months, the federal funds rate has been moving up close to the interest rate that the Fed pays on deposits that banks hold at the Fed (reserves). To help understand this shift, and its importance, this blog post provides a general overview of the Fed’s balance sheet, the liquidity coverage ratio (LCR), and monetary policy implementation.  In sum, the rise of the fed funds rate close to IOER could indicate that the Fed’s portfolio wind-down may end much sooner than anyone expected, possibly driven by banks’ demands for liquid assets to satisfy their liquidity requirements, but we argue that it is more likely to reflect just a temporary dislocation.

Like all monetary policy issues, the first step is understanding the Fed’s balance sheet. Currently, the Fed’s assets consist mostly of Treasury and agency securities accumulated during its crisis-era large-scale asset purchase programs, more commonly (albeit misleadingly) referred to as quantitative easing (QE).  The Fed’s liabilities consist largely of currency, deposits from the Treasury Department, and deposits from commercial banks. The Fed publishes its balance sheet weekly in the H.4.1. statistical release.

Since October of last year, the Fed has been reducing its holdings of Treasury and agency securities by gradually decreasing the amount of principal it reinvests when securities mature.  (The Fed describes the procedure it is following to reduce the size of its balance sheet here.)  Because balance sheets must balance, as the Fed reduces its portfolio of securities, its liabilities must fall one-for-one.

In particular, with currency and the Treasury balance either essentially fixed or exogenous, as the Fed reduces its portfolio, deposits of commercial banks at the Fed have to decline.  The deposits need not be lower at any particular bank, but the total amount of deposits in aggregate across banks must be lower.  Interest rates and other asset prices have to adjust so that the banking system as a whole chooses to hold the aggregate amount of reserves while each individual bank is free to hold whatever level it wishes. That, in a nutshell, is how monetary policy works.  Specifically, if the Fed adjusts its balance sheet so that reserves are scarce in total, the rate at which banks can lend out reserves (the fed funds rate) will move up so that banks are collectively content to hold that now lower level.

Banks currently hold about $2 trillion of reserves on deposit at the Federal Reserve. Reserves serve multiple purposes. Some amount of reserves is necessary to satisfy “reserve requirements,” amounts banks are required to hold that are calculated as a percentage of each bank’s customer deposits.  As shown in the Fed’s H.3 statistical release, required reserves equal about $200 billion, but a significant fraction of that amount is satisfied using vault cash.  “Required reserve balances” (the amount satisfied with deposits at the Fed) equal about $125 billion.  The remaining $1.875 trillion in deposits at the Fed are “excess reserves.”

Banks hold excess reserves for three purposes.  First, they use them to prevent overdrafts in their account at the Fed if hit by unexpected withdrawals late in the day.  Such account management needs are generally small.  Excess reserves before the crisis typically averaged about $1-2 billion. Second, they hold excess reserves to satisfy the liquidity coverage ratio (LCR), the liquidity requirement included as part of the Basel III post crisis-reforms. The LCR requires large bank to hold “high quality liquid assets” (HQLA) in an amount equal to its projected net cash outflow (outflow minus inflow) over 30 days of severe stress. HQLA consist primarily of excess reserves, Treasury securities, and, subject to a limit and a haircut, agency securities.  At present, banks are required by regulation to hold about $2½ trillion in HQLA, most of which takes the form of excess reserves. Third, banks hold excess reserves as an asset to invest in, if the interest rate is attractive.

(By contrast, if the Fed supplies a smaller quantity of excess reserves, pushing the fed funds rate up above IOER, it will be operating in a “corridor” system, where the corridor is defined by the discount rate above and IOER below.  For a discussion of the Fed’s decision between a corridor or floor system, go here.)

The situation is complicated by the fact that GSEs (including the FHLBs) have accounts at the Fed, and so end up with deposits at the Fed, but do not earn interest on those deposits (that is, for them, IOER is zero).  GSEs wish to keep their deposits as low as possible and so lend them overnight to commercial banks at interest rates below IOER (as discussed further below).  Unsecured loans from GSEs to commercial banks are classified as fed funds loans, so the fed funds rate has traded noticeably below IOER.

To correct for the mushiness in the floor, the Fed has established a standing facility where financial institutions, including GSEs, can invest overnight with the Fed through reverse repurchases (RRP) against Treasury and agency securities.  RRPs are a purchase of a security with a promise to resell it the next day at an agreed price, and so are essentially a collateralized one-day deposit.  The FOMC sets the interest rate on the overnight RRP (ONRRP) facility at its twice-quarterly meetings.  Up until last month, the FOMC has set the ONRRP rate 25 bps below IOER.

Remarkably, though it is not often remarked upon, the federal funds market post-crisis has consisted almost entirely of GSEs lending to U.S. branches and agencies of foreign banks. The branches deposit the funds they borrow from the GSEs at the Fed and earn IOER, so they aren’t willing to pay a rate higher than IOER on the amount borrowed. The GSEs could deposit the funds at the overnight RRP facility and earn the ONRRP rate, so the GSEs won’t settle for anything less than the ONRRP rate. For most of the post crisis period, the two sets of institutions have simply split the difference, and the fed funds rate has been roughly in the middle between the IOER and ONRRP rate, about 9 bps below IOER.

(While any commercial bank could engage in this transaction, branches of foreign banks find it slightly more profitable because they don’t pay deposit insurance (they don’t have insured deposits), and deposit insurance is based on total bank assets, which go up by the added holdings of reserves.)

So, confusingly, even though IOER is supposed to be the floor of a policy corridor, it has been the top of the target range. Think of IOER as the top of the shag carpet and ONRRP as the plywood below the padding.

While no one knows the minimum amount of excess reserves that is sufficient to keep the fed funds rate at or below IOER, most market participants put the number significantly lower than where we are now.  For example, in July of 2017, based on a survey of market participants, the New York Fed projected the Fed’s balance sheet using a baseline assumption that excess reserves would settle at $500 billion, with a range of $100 billion to $1 trillion.  Using that range, the Fed expected to continue to reduce it holdings of securities until sometime in 2020 to 2023.

Consequently, the fact that the funds rate has risen up toward IOER this year has been surprising and likely unsettling for the Fed.  In particular, while the funds rate had been about 9 bps below IOER in the recent past, this year it has risen to just 3 bps below IOER. Indeed, at the June meeting, the Fed raised IOER only 20 bps while raising is target range 25 bps in order to keep the fed funds rate away from the upper end of the range. (The FOMC simultaneously raised the ONRRP rate 25 bp, so the ONRRP rate is now only 20 bp below IOER.)

This upward drift raises the possibility that we are already reaching the minimum level of excess reserves consistent with a floor-based system, and therefore that the Fed’s wind-down will have to end soon—two to five years earlier than expected—unless it opts to conduct policy using a “corridor” system in which excess reserves are scarce and the fed funds rate is well above IOER.

One possibility is that, even though the LCR treats excess reserves and Treasury securities equally, banks so strongly prefer excess reserves that they will only be content with levels below $2 trillion if IOER is noticeably below other money market rates.  Indeed, Vice Chairman Quarles recently confirmed what many had suspected – Fed supervisors have mandated through the examination process that banks hold a certain fraction of their HQLA as excess reserves.

For a couple of reasons, however, we think a more likely explanation is that the rise in the fed funds rate is only transitory and that the level of excess reserves can fall considerably further and remain consistent with a floor system.  First, while we don’t know the Fed’s whisper number, it seems much more likely that the Fed requires 20 percent of HQLA be excess reserves than around 80 percent.  As a result, even if banks took no steps to reduce their HQLA requirements (e.g., by terming out their borrowing beyond thirty days), they could still reduce their excess reserve balance to $500 billion if excess reserves become relatively more expensive than Treasury securities.  Of course, if the Fed were to eliminate its current, undisclosed policy, then pressures here would lighten.  (So, too, would a policy change allowing required reserves to count as HQLA, as previously recommended here.)

Second, the banking system has had to absorb a large decline in excess reserves in a short period this year.  In addition to the decline in excess reserves resulting from the decline in the Fed’s securities portfolio, the Treasury has increased its deposits at the Fed sharply, with the combined result that excess reserves have fallen by $200 billion this year.  It may simply take some time for the relatively greater expense of excess reserves to lead to an adjustment in bank behavior, either substituting toward other forms of HQLA, increasing projected cash inflows by lending more overnight, or reducing projected cash outflows by terming out their borrowing beyond thirty days.  But adjustments on all of those margins should allow banks to reduce their holdings of excess reserves without a permanent increase in the fed funds rate above IOER.

That said, if the fed funds rate is edging up because banks simply have vastly higher precautionary demands for excess reserves now, then the Fed may, in fact, be approaching its minimum size consistent with a floor-based monetary policy implementation framework.  The question should resolve itself over coming months as the Fed’s portfolio continues to decline.  If the effect is transitory, the fed funds rate should edge back down; but if the Fed is at an inflection point, the funds rate will continue to drift up.