FSB Report Finds That Too-Big-To-Fail Reforms Have Been Successful, but Costs Are Material 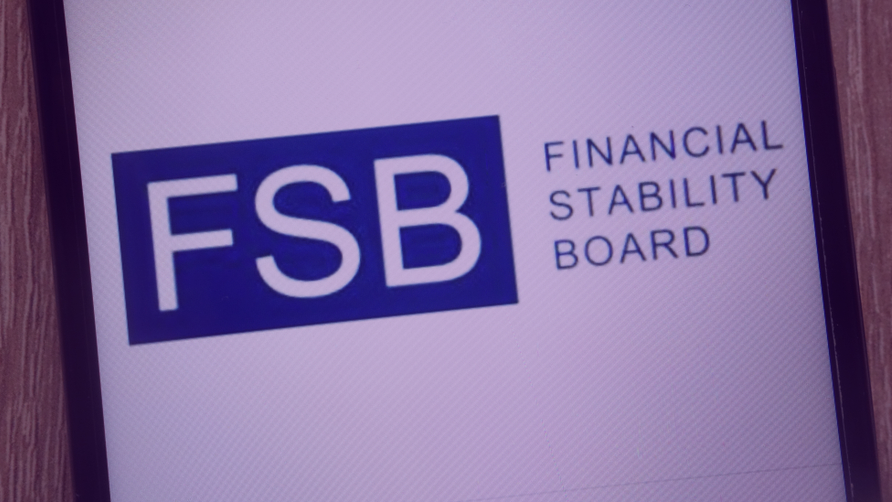 On Sunday, the Financial Stability Board (FSB) published for public consultation an “Evaluation of the effects of too-big-to-fail reforms.” Perhaps inevitably, the press release describing the report indicated that progress has been made but more progress is needed, and the costs of the reforms have been modest and far outweighed by the benefits. The report (available here) is a hefty 133 pages, but the real meat is in the 287-page technical appendix (available here), which provides the analysis behind the conclusions presented in the report itself. After reading the appendix, we’d argue that the conclusion should have been “progress has been extraordinary, but costs are significant.”

As described in the FSB working group’s “Terms of Reference” that was published in May 2019, the evaluation focused on the higher capital and loss-absorbing capacity requirements, enhanced supervision and heightened supervisory expectations, and resolution planning of systemically important banks (SIBs).[1] The evaluation sought to determine if the reforms had reduced the systemic risks and moral hazard presented by SIBs and to assess the broader costs and benefits of the regulations. While the report itself includes summaries of outside research and of consultations with stakeholders, the technical appendix, the subject of this blog post, discusses the analysis done by the FSB working group itself.

PROGRESS HAS BEEN EXTRAORDINARY

Using a wide range of metrics, the FSB group found that significant progress has been made, especially in the United States, in making sure that no bank is too big to fail (TBTF). The group found that any funding advantage of SIBs has declined significantly since the TBTF reforms have been implemented—and in some jurisdictions has disappeared—and that SIBs have become relatively smaller and less systemically important.

The group created an index of progress on resolution reform based on scores between 0 (not implemented) to 1 (fully implemented) assigned to 17 different categories. The categories include things like requiring banks to have resolution plans and having the ability to convert debt into equity to recapitalize an institution that has failed. The United States led the group of 24 countries reviewed in every year that the index was calculated, from 2010 to 2019, usually by a wide margin, and ended with a score of about 0.95 (p.10).[2]

The group used financial asset prices in many different ways to judge whether investors perceived SIBs to be TBTF and if SIBs benefited from a TBTF funding advantage. [3] They found:

Not surprisingly, not all the results pointed uniformly toward TBTF reform success. For example, one of the studies using CDS spreads (#4) did not find that the CDS of SIBs had become more sensitive to risk; and the other (#5) found that while the TBTF funding advantage had declined relative to the crisis period, it remained positive and higher than before the financial crisis. It seems possible, even likely, that the funding advantage was gone for the United States, but the report does not say: While that study conducted and reported the results of a country-by-country analysis, the countries were not revealed – countries were just identified by a number (see figure 3.7.2 on p. 130). For several countries, the funding advantage was essentially eliminated, and the study indicated that the countries with higher resolution reform indexes – recall that the United States consistently had the highest index – were the most successful eliminating any TBTF funding advantage.

Disappointingly, while the report provided estimates of TBTF funding advantage using bond data for Canada, the Euro area and Germany, it did not do so for the United States. The main report indicated that the regions were chosen based on access to data (p.34), which seems an implausible reason for excluding the United States.  As the working group recognized in the main report (p. 33) “…few studies include the period after 2015, when reforms were still being implemented…”. An updated estimate of the TBTF premium, if any, of U.S. banks based on bank bond data would have been welcome.

The working group also examined how SIBs had adjusted in reaction to the reforms. They found that SIBs had responded to the reforms essentially as intended.

Lastly, the working group examined characteristics of the overall financial system. They found that the systemic risks from the banking system had declined.

BUT THE COSTS ARE MATERIAL

With respect to costs, the working group evaluated the impact of TBTF reforms on the supply of credit. The group found that the global G-SIB contribution to the global credit-to-GDP ratio declined after the reforms were implemented and that the decline was greater in countries with a higher resolution reform index.

However, the report argues that the net impact on credit supply has been minimal because “…other financial intermediaries, in particular…NBFIs [non-bank financial institutions] and non-systemic banks, have picked up the slack.” (p. 233). The conclusion that other credit intermediaries had “picked up the slack” is repeated in the overall report and even in the press release, but it is difficult to determine its basis. The analysis is based on the shares of the credit-to-GDP ratio of SIBs, non-SIB banks, and nonbanks. If the share of SIBs goes down, the share of other intermediaries necessarily goes up. The conclusion appears to be based on the fact that the overall credit-to-GDP level has risen over the post-crisis period, but that rise is unsurprising given the sharp contraction in credit that occurred in the crisis. Indeed, for the United States, the BIS measure of credit-to-GDP remains below trend despite rising steadily since its post-crisis trough. The relevant question is whether the supply of credit is lower than it would have been absent the added regulations, a question the report does not ask. Moreover, it seems extraordinary in current circumstances, with rapid outflows from prime money funds in March almost crippling the financial system yet again, to conclude that a shift in credit intermediation into the shadow banking system should be considered a victory in the battle against systemic risk.

Remarkably, the working group did not consider a reduction in financial market liquidity as a possible cost of TBTF reforms. As discussed in a recent BPI blog post (here), there has been a debate for over a decade whether the G-SIB surcharge and leverage ratio requirements, two key components of the TBTF reforms, reduce the ability of broker-dealer subsidiaries of G-SIBs to engage in the market-making activities that are critical to credit intermediation in financial markets. That debate seemed to be over when, in March, the Fed was forced to purchase $1 trillion in Treasury securities in 3 weeks to prevent a meltdown in what had previously been the most liquid market in the world. Treasury market liquidity had evaporated as sales of Treasury securities from hedge funds and foreign institutions overwhelmed the balance sheet capacity of broker-dealers. Nevertheless, the term “market liquidity” does not appear once in either the report or the technical appendix.

The report concludes with an assessment of the net benefits of the TBTF reforms and determines that they are large and positive; specifically, the benefits for FSB member jurisdictions equals $216 billion and the costs equal $65 billion (p. 272). To measure the costs and benefits of the reforms, the working group uses a technique from a 2010 Basel Committee report (available here) and updated in Fender and Lewrick (2016) (available here). The procedure measures the benefit of higher bank capitalization in terms of a reduced probability of future financial crises and the cost in terms of a reduced supply of bank credit and therefore GDP. The working group combined the G-SIB surcharge, TLAC requirements, and the SLR requirement into a single 2.1 percentage point increase in G-SIBs’ CET1 ratio (the ratio of common equity to risk-weighted assets). They then multiplied the increase by the global percentage of bank assets held by G-SIBs (28 percent) to boil the TBTF reforms down to a single 59 basis point increase in banks’ average CET1 capital ratio.

However, the conclusion reached about the benefit of increasing banks’ CET1 ratio depends critically on the CET1 ratio from which you start. The benefit of additional capital declines as the level of capital goes up. The working group assumes the average CET1 ratio increases from 7 percent to 7.59 percent because 7 percent is the CET1 current capital requirement for a non-G-SIB. The increase from 7 percent to 7.59 percent reduces the annual probability of a financial crisis by 30 basis points, from 1.6 percent to 1.3 percent.

Since the last financial crisis, U.S. banks have nearly doubled their capital ratios. That increase reflects banks’ greater sensitivity to, and assessments of, risk as well as to the post-crisis regulatory reforms including stress tests and higher capital requirements. According to the New York Fed’s quarterly report (available here) the CET1 ratio (or roughly equivalent “Tier 1 Common Ratio”) of U.S. bank holding companies has risen from 7.10 percent in the middle of 2009 to 12.24 percent at the end of 2019.[5] The FSB working group, by considering the implications of raising capital levels from 7.0 to 7.59 percent, has essentially calculated the costs and benefits of the first 59 basis points of the massive post-crisis buildup in capital.

Overall, the report highlights the phenomenal success of the post-crisis reforms to eliminate TBTF. Investors believe SIBs will be allowed to fail and price that risk into SIB liabilities. SIBs have become relatively smaller, less complex, less risky and less profitable. At the same time, the costs—without even considering the impact on financial market liquidity—have been material: credit supply from SIBs is lower and credit has shifted into the unregulated shadow-banking sector. Indeed, using the analysis of costs and benefits of TBTF reforms included in the report updated to current levels of capital, further tightening would reduce social welfare. Now may be an appropriate point to declare victory over TBTF.

[2] Unless otherwise specified, page number references are to the technical appendix.

[3] Disappointingly, while the report provided estimates of TBTF funding advantage using bond data for Canada, the Euro area, and Germany, it did not do so for the United States. The main report indicated that the regions were chosen based on access to data (p.34), which seems an implausible reason for excluding the United States.

[5] On average, bank capital levels are similar in other countries. The Basel Committee’s April 2020 Compliance Report (available here) indicates that the world’s large banks have a combined average CET1 ratio of 12.8 percent.

How To Measure The Change In Financial Stability Risk Resulting From A Merger: Some Technical Considerations. May 24, 2022
Climate