FinTech and Big Tech Companies Want the Benefits of Banking Without the Responsibilities. Regulatory Loopholes Could Let Them Succeed.

Tech companies, from small payment startups to the largest tech behemoths, want access to the U.S. banking system. Three ways that they can get that access include: (1) state-chartered industrial loan companies (ILCs), (2) national bank charters for companies that provide payments, but not deposit-taking services, under a new plan from the acting chief of the Office of the Comptroller of the Currency, and (3) special purpose depository institution charters issued by certain states to cryptocurrency and other FinTech firms.

The U.S. banking system was built to keep banking and commerce separate.That way, huge financial-industrial conglomerates can’t wield monopoly power, all corporations can maintain fair access to credit and problems within a troubled bank can’t infect other parts of the economy. That necessary barrier was enshrined in the Bank Holding Company Act and reaffirmed in the Dodd-Frank Act in 2010. These special charters threaten to erode that separation, which keeps the economy safe.

These three types of special charters give tech companies the chance to take advantage of regulatory loopholes to avoid federal consolidated supervision which governs banking organizations at the level of their ultimate corporate parent. Bank holding companies must abide by strict standards outlined by the Federal Reserve, including capital requirements that ensure the parent company can serve as a source of financial and managerial strength for any subsidiaries in distress.  Consolidated supervision makes sense for banks and prevents harmful impacts to our financial system.

What are these special charters, and how do they avoid that kind of comprehensive oversight?

When companies engage in the business of banking without consolidated supervision, we know what happens.

Risky or otherwise inappropriate (and sometimes fraudulent) activity incubates in the unsupervised parts of the corporate entity and eventually metastasizes and spills over into the regulated bank entity, wreaking havoc, robbing customers and, ultimately, undermining trust in the banking system, and possibly also leading to financial instability. The reputation ofWirecard AG, a German payments company that once competed with Square and PayPal, has crumbled under allegations that nearly $2 billion went missing, culminating in a globally wrenching fraud scandal. The European Union is revisiting how it regulates large FinTech companies as it digests the Wirecard scandal aftermath.

Is It OK for FinTechs To Use Regulatory Arbitrage To Avoid Consolidated Supervision? November 6, 2020
FinTech & Innovation 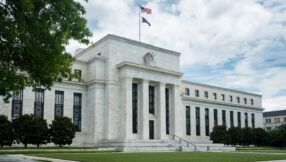 A Selected Compilation of U.S. Banks’ Accomplishments in 2020 January 14, 2021
Bank Activities and Structure

America’s Large Banks Helped Stabilize the Economy and Distribute PPP Loans Where They Were Needed Most January 11, 2021
Fair Access