In March 2020 the Federal Reserve intervened massively in the U.S. Treasury markets to restore balance to the markets after widespread selling by investors had overwhelmed the intermediation capacity of the securities dealers that ordinarily provide liquidity to those markets. Given the importance of the Treasury markets to the U.S. government and to U.S. and global financial stability, these purchases clearly were appropriate. Going forward, however, the Federal Reserve should give further thought to its appropriate role as a “liquidity provider of last resort.”  The potential drawbacks of assuming such a role, including moral hazard, potential conflicts with monetary policy objectives and effects on the allocation of credit, are significant, so it needs to give careful thought as how to minimize those drawbacks. It should also consult with the public and seek guidance from Congress on what that role should be.

A recent report by staff of the Federal Reserve Bank of New York provides what likely will be rightly regarded the definitive account of how the COVID-19 shock affected the markets for Treasury securities and agency mortgage-backed securities (MBS) and how the Fed responded. [1]  As the report notes, “the defining feature of this episode … was the massive selling of off-the-run Treasury notes and bonds and agency MBS by a broad range of investors.”[2] Off-the-run Treasuries are traded in markets intermediated by dealers, with the vast majority of intermediation activity accounted for by broker-dealers that are affiliated with large, global banks. The staff report documents that in the early stages of the crisis these dealers provided unprecedented amounts of liquidity to these markets; over the four weeks ending March 18 they made record purchases of Treasury bonds and notes and agency MBS.[3] But continued heavy selling of these securities overwhelmed their capacity to intermediate, which contributed to a deterioration of market functioning, with measures of market liquidity declining to levels not seen since the depths of the 2008 global financial crisis.[4] With Treasury market functioning seriously impaired, Treasury yields, which ordinarily decline during a financial crisis, rose rapidly between March 9 and March 18, shocking, confusing and dismaying investors.

With dealer balance sheets overwhelmed by the unprecedented selling pressures, use of the Fed’s huge balance sheet capacity was necessary to restore U.S. Treasury market functioning. As recounted in the FRB-NY staff report, once it became clear that dealers had become overwhelmed and the markets were dysfunctional, within days the Fed initiated its purchases and then ramped them up rapidly when its initial purchases were insufficient to restore market functioning. As the report acknowledges, given that the pandemic was evolving rapidly and numerous other policy actions were taken around the same time, it’s impossible to demonstrate beyond a doubt that the Fed’s purchases caused the improvements in market functioning. Still, as the report concludes: “The evidence is supportive of the purchases being effective at promoting market functioning,” a conclusion that accords with the perceptions of market participants.[5]

Reflecting on the Fed’s success in restoring Treasury market functioning after dealers were overwhelmed by the selling pressures triggered by the COVID-19 shock, the staff report argues that “[the Fed] has traditionally been a liquidity provider of last resort, so that market functioning purchases fit well within the Fed’s purview.”[6] However, they caution that such purchases entail “potential drawbacks,” including moral hazard and potential conflicts with monetary policy objectives.[7] If and when purchases target market functioning in markets other than U.S. Treasury securities, another drawback worth considering is the effects of such purchases on the allocation of credit among economic sectors, an issue that arguably has already been raised by its purchases of agency MBS and CMBS. If the Fed believes that it has a role as “liquidity provider of last resort,” it should carefully consider how to avoid or at least mitigate these potential drawbacks.

As noted above, the U.S. Treasury markets are of surpassing importance. Moreover, to the extent that there is a “tradition” of the Fed performing the role of liquidity supplier of last resort, that tradition had been limited to purchases of Treasury securities.[8] Even in the case of Treasuries, however, the potential drawbacks of such purchases merit consideration. When the Fed purchases Treasuries from private market participants, the market risk of holding those instruments is transferred from those private holders to the Fed. If private market participants come to expect that the Fed will intervene when Treasury prices fall, this may increase systemic risk if it emboldens investors to assume more highly leveraged positions in Treasuries. To be sure, competition among investors will make the issuer (the U.S. Treasury) rather than investors the ultimate beneficiary of any perceived Federal Reserve put, but the systemic externalities associated with higher leverage are still present.

An added dimension to moral hazard is the potential for the Fed’s willingness to act as a liquidity provider of last resort to the Treasury market to undermine efforts to enhance the capacity of dealers and other market participants to provide liquidity to the Treasury markets under stress. Prominent private sector groups, including the Group of Thirty and a Task Force formed by University of Chicago and the Brookings Institution have identified potential reforms.[9] And the Interagency Working Group for Treasury Market Surveillance (IAWG) is actively studying these and other potential reforms.[10] But implementation of many of these reforms is costly and complex, and thus far there is little evidence that the reforms are regarded as urgent by many of those that would need to take action.[11] If private sector liquidity provision is not enhanced, the frequency of episodes of market dysfunction and of Fed interventions to restore market functioning may well increase as marketable Treasury debt outstanding continues to grow. FRB-NY staff have argued that if the Fed’s interventions in markets are rare, little moral hazard may be created.[12] It seems worth observing that bank bailouts are rare, but anyone foolish enough to argue that, for that reason, they create little moral hazard would be greeted with derision. In any event, if private intermediation capacity is not increased, interventions in the Treasury market are unlikely to continue to be rare.

Another drawback to market functioning purchases that is flagged by the FRB-NY staff report is the potential for conflict with monetary policy objectives. As they note, no such conflict existed in March 2020 because the COVID-19 shock depressed economic activity to an extent that required the Fed to purchase large amounts of securities to achieve its macroeconomic objectives. But it is entirely possible that Treasury market dysfunction could occur in a macroeconomic environment in which purchases would work against achievement of monetary policy objectives. There is also the risk that purchases could be perceived as motivated to hold down interest rates on Treasury debt rather than to address market dysfunction, and subordinating monetary policy objectives to fiscal objectives. To avoid this danger, the Fed should explicitly link and target its purchases to measures of market functioning, as the FRB-NY staff report suggests was done in 2020. Such measures included direct measures of market liquidity, measures of relative value, and other indicators of market pressures.[13] A critical question is the setting of the thresholds at which Fed liquidity provision is appropriate. Because of the potential for such purchases to create moral hazard, the thresholds should be sufficiently high (and private Treasury market capacity should be correspondingly robust) that such interventions are indeed rare and the Fed is truly a liquidity provider of last resort.[14]

The Fed’s market functioning purchases in 2020 included agency MBS and CMBS as well as Treasury securities. Furthermore, in March 2020 it created programs under its section 13(3) authority to purchase certain corporate bonds and certain types of state and local debt.[15] A fundamental question raised by these actions is which U.S. financial markets are so important to financial and economic stability that market dysfunction makes it appropriate for the Federal Reserve to act as liquidity provider of last resort. While the Treasury markets clearly are so important, the case for other markets is less compelling. The agency MBS markets are important to housing finance, but short-term market dysfunction may not have more than temporary effects on the cost and availability of credit. Agency CMBS also are important but the case that short-term market dysfunction threatens overall financial or economic stability seems even harder to make. And if support for market functioning extended beyond U.S. government securities, significant concerns about the effects of the Federal Reserve’s purchases on the allocation of credit surely would arise, as the fierce and ongoing debate over the Fed’s emergency lending to support credit to corporate borrowers, including fossil-fuel producers, makes clear. Presumably, if the Fed formalizes and institutionalizes its role as liquidity provider of last report, the role should be limited to U.S. government securities and might best be limited to U.S. Treasury securities.

These issues are so consequential that the Fed’s appropriate role as a market liquidity provider of last resort should be the subject of public consultation and input from Congress. While the Fed’s provision of liquidity to the Treasury markets under stress may be not only appropriate but necessary in some circumstances, as it arguably was in March 2020, the Federal Reserve Act provides no specific, explicit authority for such a role. For the Fed to assume such a role and to broaden it to include securities markets other than the Treasury markets without congressional review and support could be seen as “mission creep” or even “mission gallop.”

The Fed needs to give considerable thought to what it seems to have come to view as its role as liquidity provider of last resort, including the markets to which it is prepared to provide liquidity and the measures of market dysfunction that will guide its purchases. In doing so, it should not discount the drawbacks to such purchases that it has identified but instead should give very careful thought as how to minimize those drawbacks. It should also consult with the public and seek guidance from Congress on what that role should be.

[2] Fleming, Liu, Podjasek, and Schurmeier (2021), 5. On-the run issues are the securities that have been issued most recently by the Treasury. All other issues are termed off-the-run issues. Off-the-runs make up more than 95 percent of outstanding marketable securities.

[11] To be sure, in July 2021 the Federal Open Market Committee announced creation of a standing repo facility (SRF), which was one of the key reforms recommended by the private sector groups. However, access to the facility is far more limited than recommended, which may significantly limit its benefits in terms of increasing Treasury market capacity. Moreover, as discussed by Nelson and Parkinson (2022), the SRF may be rendered ineffective by stigma associated with its use by borrowers, just as use of the discount window has been stigmatized.

[14] To avoid potential adverse effects of the use of explicit thresholds on market dynamics, the Fed should preserve discretion over its interventions when the thresholds are breached.

Necessary Dimensions of a Holistic Review of the Meltdown of U.S. Bond Markets in March October 7, 2020
Bank Liquidity 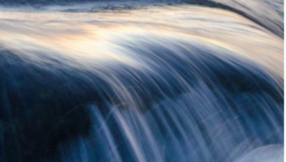