Fed at a Crossroads 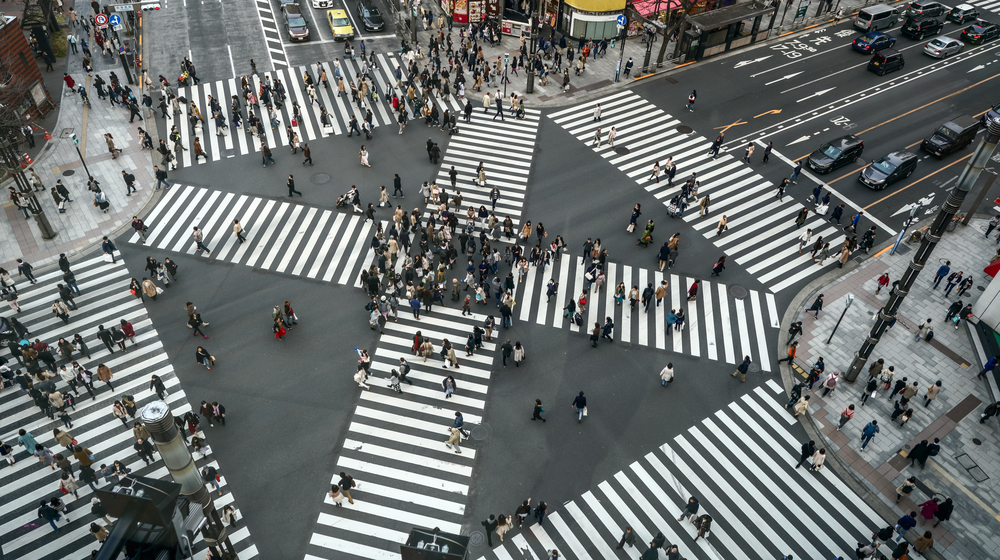 On January 30, 2019, the Federal Open Market Committee announced that it intended to implement monetary policy using a framework that requires a large Federal Reserve balance sheet and abundant reserves: the same framework that it has used since the global financial crisis. The principal alternative that the FOMC rejected was conducting policy with a small balance sheet and scarce reserves, as it did before the crisis. (For a primer on monetary operating systems and the Fed’s framework debate, see the BPI research note “Understanding the Fed’s Implementation Framework Debate”.) This was the third consecutive meeting at which the Fed had discussed the issue, but Fed analysis and debate on the issue extends back at least to October 2006 when Congress indicated that the Fed would get the authority to pay interest on bank deposits.[1]

The minutes of the FOMC meetings in November and December 2018 and January 2019 state the primary advantage and disadvantage that the Committee saw in an abundant-reserve framework. The perceived advantage was that the system allowed the Fed to conduct monetary policy “without needing to actively manage the supply of reserves…despite substantial changes in the level of reserves in the banking system and significant changes in money markets, regulations, and financial institutions’ business models.”[2] The disadvantage was that the approach required the Fed to operate with a larger balance sheet. Indeed, at least some members of the Committee indicated that if the needed balance sheet became too large, they would have to reconsider:

Participants judged that if the level of reserves needed for a regime with abundant excess reserves turned out to be considerably higher than anticipated, the possibility of returning to a regime in which excess reserves were limited and adjustments in reserve supply were used to influence money market rates would warrant further consideration.[3] [4]

Events in money markets last week have demonstrated that under its current framework, the Fed will have to actively manage the supply of reserves through open market operations and will have to run a significantly larger balance sheet than it ever projected; thus, the advantage of the framework seemingly has been lost, and the disadvantage has proven much greater than forecast.

THE SHORTCOMINGS OF AN ABUNDANT-RESERVE FRAMEWORK HAVE BEEN UNDERSTATED

It is clear that when the FOMC made its choice of a floor system, it significantly underestimated the size of the balance sheet that it would necessitate. The FOMC did not specify the quantity of reserves it thought would be necessary when it made its decision in January 2019, but in March 2018, the New York Fed put its estimate of that level at $600 billion, and in September 2019 the assumption had been raised to $1.3 trillion.[5] It is reasonable, therefore, to guess that the level was somewhere in between those two estimates, perhaps about $1 trillion.

Currently, reserve balances equal $1.45 trillion, and events of last week demonstrated that even that amount is insufficient to be “abundant.” The New York Fed has estimated that a buffer of at least $350 billion above the structural demand for reserves is needed to account for variation in reserve balances, which would put the figure at $1.8 trillion.[6] It is highly likely, therefore, that the FOMC’s current estimate of the level of reserve balances needed to conduct policy in an abundant reserve framework is now much higher than expected when the FOMC decided on that framework in January.

It is worth noting that even $1 trillion in reserve balances is grossly larger than the Fed originally assumed, and represents a continuing upward rationalization of what is acceptable. In April 2008, when Federal Reserve staff first considered the possibility of operating policy with an abundant-reserve framework, staff estimated that the level of reserves that would be needed “…might be on the order of $35 billion but could be larger on some days.” [emphasis added][7] In March 2016, the New York Fed raised its assumption about the level of reserve balances needed in equilibrium to $100 billion.[8] In 2017, they raised it to $500 billion.[9] The current level of reserves, which is evidently too low to be abundant, is forty times the level initially estimated.

Why have the Fed’s forecasts of the level reserves grown steadily over time? As we explained in a blog post in July 2018 (The LCR, interest rate dynamics, and monetary policy implementation), banks get used to the level of reserves that they have at any point in time. When the Fed completed its last large-scale asset purchase program, reserves peaked near $2¾ trillion. Over time, simply because reserves were so high, banks’ demand for reserves grew as the banks and their examiners took actions that locked in those high levels. In a forthcoming blog post, we will discuss several reasons why banks demand for excess reserves have grown including changes to supervisory expectations about the composition of liquidity buffers and banks concern about the possibility of coming up short on any given day and having to borrow from the discount window. In short, the Fed’s estimate of the amount of reserves needed to operate an abundant reserve framework has grown over time because the level needed by banks, at least over the short run, has grown.

More recently, we learned that precisely such a dynamic had led the Norges Bank (the central bank of Norway) in 2010 to switch from a system with abundant reserves to a system with scarce reserves, (the reverse of the FOMC’s decision in January). When seeking comment on their decision, they indicated:

When Norges Bank keeps reserves relatively high for a period, it appears that banks gradually adjust to this level…With ever increasing reserves in the banking system, there is a risk that Norges Bank assumes functions that should be left to the market. It is not Norges Bank’s role to provide funding for banks…If a bank has a deficit of reserves towards the end of the day, banks must be able to deal with this by trading in the interbank market.[10]

Albeit originating from a cold, faraway land, this statement appears as good a diagnosis of the current predicament as one could find.

THE BENEFITS OF AN ABUNDANT-RESERVE FRAMEWORK HAVE BEEN OVERSTATED

With respect to benefits, an abundant reserve framework does not appear to enable the Fed to manage interest rates without frequent intervention. In reaction to the violent swings in money market interest rates last week, the Fed has had to renew daily repo operations, just as under a scarce reserve system. It is also reportedly considering opening a standing repo facility.

As we described in a blog post last week (“What just happened in money markets, and why it matters”), the proximate cause of the turmoil in money markets was a supply and demand imbalance in the repo market. Corporate tax payments drained funds out of money market mutual funds so the funds reduced their investments in Treasury repo. At the same time, a large quantity of new Treasury securities settled, increasing demand for repo financing by the institutions that held the securities. Repo rates rose from about 2 percent to as high as 10 percent.

With repo rates elevated, why didn’t banks step in and conduct reverse Treasury repos, equilibrating repo supply and demand, and earning a profit? The answer concerns a change that took place in 2010 in which the Treasury keeps its cash. The Treasury historically held most of its cash at commercial banks and other depository institutions; however, mid-crisis, when bank deposit rates fell to near zero, the Treasury moved all of its cash to the Treasury’s general account at the New York Fed. Under the previous arrangement, the tax payments that flowed into the Treasury would have flowed back out to the banks, and some of those inflows could have funded increased repo lending by banks, making up for part of the lost funding from money funds. Moreover, not only do the tax payments not get recycled into the banking system, they now reduce banks’ reserve balances at the Fed directly. The Fed’s assets are fixed over the short term, so when one liability goes up (the Treasury’s deposit) another must fall (bank deposits). Historically, tax day reduces banks’ reserve balances by about $100 billion. As discussed above, banks’ demand for reserves is sticky at current levels, so with reserves falling sharply, banks were likely unwilling to reduce them further by lending them out into the repo market.

SO WHAT SHOULD THE FED DO?

Chairman Powell indicated at the FOMC press conference last week that the Fed can solve the problem by simply adding more reserves. But just as adding more lanes to a highway relieves congestion only until more people move out to the suburbs, we suspect, as the Norges Bank concluded, that boosting reserves would provide only temporary relief. As banks became accustomed to the higher level, the Fed would simply become larger and yet still need to intervene regularly.

In the immediate term, under its current framework, the Fed will need to actively manage reserve balances to offset sharp movements in the Treasury account or other changes in “autonomous factors” (things that move the supply of reserves around). In addition, as the Fed is considering doing, it needs to establish a standing repo facility. Such a facility could convince banks to be more willing to substitute Treasury reverse repos for cash because the banks would know they can convert the Treasuries received back into cash if needed at the facility. As we discussed in a blog post last month, (“Design challenges for a standing repo facility”) however, such a facility may not work, and the Fed appears to face considerable challenges operationalizing one quickly.

In the medium term the Fed should consider reversing its decision to operate policy using a large balance sheet framework. Events have demonstrated that the costs are higher and the benefits lower than the Fed projected. Once the Fed is actively smoothing out rapid swings in reserves it could continue to gradually shrink their level, putting upward pressure on interest rates relative to the rate the Fed pays on deposits, providing banks a steady incentive to reduce their holdings. Once reserves became sufficiently scarce, the FOMC would be able to conduct policy largely as before the crisis.

[4] The quote may reflect statements made by those that supported a large-balance sheet framework that were intended to mollify those that supported returning to a small-balance sheet system. If so, those FOMC participants that were mollified should review the promise of reconsidering the flow-based asset purchase facility (QE3) if it got too big described in “A former Fed insider explains the internal debate over QE3,” Bill Nelson, Financial Times, 16 February 2016.

[5] For further discussion of the Fed’s unfortunate decision to hold back its forecast of its balance sheet and income in March 2019 see “This Is Not What Transparency Looks Like,” Bill Nelson, July 30, 2019. https://bpi.com/this-is-not-what-transparency-looks-like/

I Don’t Think the LCR Means What You Think It Means October 22, 2021
More Posts by This Author
Bank Liquidity