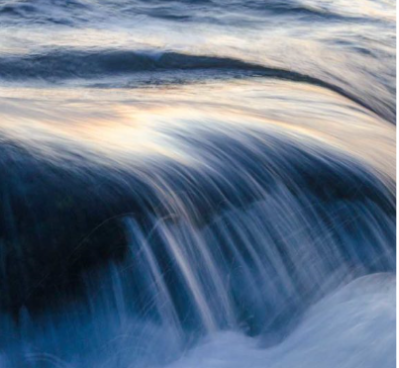 Liquidity regulations are costly.  In a nutshell, they require banks to hold more liquid assets, like Treasury bills or deposits at the Fed, and fewer illiquid assets, like loans to businesses and households.  A 2016 BIS study estimated that the post-crisis liquidity regulations resulted in at least a 3 percent permanent reduction in lending.  Thus, while liquidity regulations make it less likely that a bank will fall victim to a run, they also prevent a bank from performing its core mission:  engaging in liquidity and maturity transformation by taking short-term liquid deposits and making illiquid and often longer-term loans.

Designing and calibrating a regulation requires weighing these costs against the benefits.  For example, when proposing the net stable funding ratio (NSFR) requirement, the Fed pointed to a Basel Committee study done in 2010 that found the benefits of the NSFR exceeded its costs.  Embarrassingly, the Fed misread the 2010 report, which actually found that, at current capital levels, the costs of the NSFR exceed its benefits by about $1 trillion.

An oft-cited benefit of liquidity regulations is that they reduce the likelihood of lender of last resort assistance from the central bank and the attendant moral hazard (Carlson et al (2015)).  As explained in Goodfriend and Lacker (1999), when a troubled bank pledges collateral and borrows from the central bank to pay off uninsured short-term creditors, the risk of loss is increased for remaining creditors and the deposit insurance fund.  Not only are the pledged assets unavailable to help offset the loss, the pool of creditors required to share the loss has shrunk.  Worse, if short-term investors expect the central bank to regularly provide such assistance, they won’t price for or monitor the risk of the bank, incentivizing banks to take on greater risk.

These are not just abstract concerns.  During the banking turmoil in the latter 1980s, the Fed lent to many troubled institutions that subsequently failed (Schwartz (1992)).

The Federal Reserve reported that of 530 borrowers from 1985 [to 1991] that failed within three years of the onset of their borrowing, 437 were classified as most problem-ridden with a CAMEL rating of 5, the poorest rating; 51 borrowers had the next lowest rating, CAMEL 4.  At the time of failure, 60 percent of the borrowers had outstanding discount window loans.

But while the concerns about the moral hazard cost of central bank lending are real, those concerns apply equally to using liquidity requirements to address bank liquidity problems.  Consider the liquidity coverage ratio (LCR), the liquidity requirement the U.S. banking regulators put in place after the crisis.  The LCR requires banks to hold high quality liquid assets (HQLA) sufficient to cover 30 days in which the bank is under pressure and markets are illiquid.  HQLA consists primarily of government securities and deposits at central banks.  The Basel Committee on Banking Supervision states that the purpose of the LCR is

…ensuring that banks have an adequate stock of unencumbered high-quality liquid assets (HQLA) that can be converted easily and immediately in private markets into cash to meet their liquidity needs for a 30-calendar day liquidity stress scenario. (BCBS 2013)

A simple example of the equivalence is provided in the appendix.

These moral hazard concerns could be addressed by requiring that banks never use their HQLA.  But in that case, again, there is no clear social benefit of having the regulation (McAndrews and Nelson (2011).  A bank under liquidity pressure would be forced to sell its assets at firesale prices and pull back from interbank markets, worsening the systemic liquidity situation.  That outcome can be achieved by not having a liquidity regulation.

The 2016 BCBS 2010 study reports results that compliance with the LCR reduces GDP by 8 basis points, or about $17 billion, every year.  What, exactly, are the benefits?

Carlson, Mark, Burcu Duygan-Bump, and William Nelson (2015), “Why Do We Need Both Liquidity Regulations and a Lender of Last Resort? A Perspective from Federal Reserve Lending during the 200709 U.S. Financial Crisis,” Finance and Economics Discussion Series 2015-011. Washington: Board of Governors of the Federal Reserve System. http://dx.doi.org/10.17016/FEDS.2015.011.

McAndrews, James and William Nelson (2011), “Supply and Demand for Liquidity under the LCR,” presented at a Federal Reserve Board conference on November 2, 2011.

Consider a bank that has $100 in loans and $10 in HQLA ($110 total assets) as well as $110 in deposits and $10 in short-term wholesale funding (STWF) ($120 total liabilities).  The bank’s assets are worth less than its liabilities, so it is insolvent.  (In a more realistic example, the bank would start near insolvency, gamble on survival, and end up insolvent.  This stylized example is designed to illustrate the risk shifting that can occur prior to the bank failing.)  The bank’s STWF creditors refuse to roll over their investments, so the bank is at risk of default.

The bank raises money to pay its STWF investors by liquidating its HQLA.  The bank now has $100 in loans and $110 in deposits.  The FDIC pays the creditors and liquidates the loans at a cost of $10.

In both cases, the short-term creditors are repaid, and the FDIC is on the hook for $10.