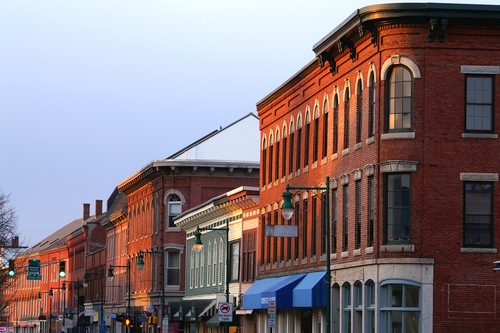 The topic of deposit growth has recently come front and center – interestingly, as both a business matter and a political matter.  From a business perspective, the focus has been on the demonstrated ability of the nation’s largest banks to generate significant deposit growth, leading to questions about whether greater scale is necessary for other banks to compete – for example, whether deposit gathering challenges will prompt M&A activity.  From a political perspective, the focus has been on whether community banks, which remain quite popular politically, are obsolescent.[1]

So, it seemed worth digging a little deeper on what drives relative deposit growth.  The results indicate two causes of the current trend: one obvious; one subtle; and both benign.

For many years, we read with interest and deep appreciation Bob Wilmers’s annual shareholder letter at M&T Bank, and greatly missed having his thoughts this year.  But, the tradition is being carried on at M&T, and this year’s shareholder letter contained some very interesting data on deposit growth.[2]

The M&T letter does not sugar coat the trend:  it notes that from 2015 to 2017, three of the largest U.S. banks increased their deposit balances more than 12 regional banks combined, and without paying above-market rates.  In 2017, those same three banks opened more than 45 percent of all new checking accounts.

Two factors appear to drive this trend.  The first has been widely noted, and is well summarized by M&T:

What has helped these large banks attract new customers, particularly millennials, is investment in new products and services in today’s digital era. Those institutions with the most scale vastly outspend their regional competitors in absolute dollars, while their overall size enables them to maintain a ratio of technology and marketing expenses to revenue that is similar to regional banks.

The second, also noted by M&T, is less noticed and quite interesting:

[A] shift in demographic trends seems to have contributed a substantial portion of this higher deposit growth. More than half of total deposits are concentrated in the nation’s 20 largest markets—which are home to 38 percent of the country’s population. The three largest financial institutions hold 45 percent of all deposits in those markets, significantly exceeding their 36 percent share nationally….  Six out of every ten jobs created in the United States since the crisis were added in those same 20 markets, where fewer than four of ten Americans reside. Median household income in these markets exceeds the national average by 20 percent. And nearly half of the country’s total population growth since the crisis occurred in just these 20 large metropolitan areas.

Even more troubling—small urban areas, towns and rural communities with fewer than 50,000 people are at risk of being left behind altogether. Home to 46 million Americans, or 15 percent of the population, these communities have grown a scant three-tenths of one percent in the last 10 years while the national population grew by 8 percent. Less populous areas are still losing jobs, despite the 11 percent job growth experienced in the rest of the country since 2007.

We wanted to understand this trend better, and so used U.S. Census Bureau data to compare deposit growth across urban and rural areas.  A census tract is a relatively small geographic region, equivalent to a neighborhood with an average population size of 4,000 people.  In the 2010 census, there were 73,163 tracts in the United States.  To calculate where deposit growth was occurring, we used the Community Reinvestment Act designation to classify each tract as either urban, rural or mixed;[3] we then associated each branch with a unique census tract.  (A branch is determined to serve a given tract if it is no more than 1 mile from its center in urban areas and no more than 10 miles in rural areas.  For mixed areas between urban and rural areas, we set the maximum distance to 5 miles.  If a branch is determined to serve multiple tracts, the algorithm chooses the tract with the shortest distance to the branch.)  Using this procedure, we were able to measure deposit growth across urban and rural areas.[4]

The evidence on mixed communities appears quite consistent with M&T’s message about how it plans to succeed in this environment. As M&T (and, we should note, in the voice of its new CEO, René Jones) puts it:

M&T goes on to describe a strategy of serving mid-tier cities, where all metrics indicate high customer satisfaction.

And now to Occam

From a business perspective, these trends are clearly observable and readily understood.  Both technology and demographics are assisting universal and regional banks that serve large and mid-sized population centers to gather a significant percentage of deposits.  Community banks continue to thrive in the rural areas that they have always considered their sweet spot, and have even increased their share there.  However, those areas are losing population, and therefore deposits, so community banks are shrinking relative to large banks.

The question is whether the implications of Occam’s Razor will be tolerated from a political perspective.  There, the temptation is to ascribe large bank deposit growth to unfair competition or too-big-to-fail advantages or favorable regulatory treatment (though with those advantages apparently not obtaining in rural communities).

One hopes that Occam will prevail.  But, it may be worth noting that the actual William of Occam was excommunicated by Pope John XXII and lived out his life in exile.

[3] Examples of a mixed community include the tracts located in Westchester, NY or Henrico County, VA.

[4] We did not exclude branches that have a significant amount of commercial deposits or those that are headquarter branches for direct banks, but all results are robust to excluding those branches.  In addition, deposits booked in urban communities could be overstated because deposits gathered on-line tend to be booked at such branches, even if the depositor is in a rural area.  Excluding deposits booked in cyber offices results in deposit growth in the post-crisis period of 71 percent, 61 percent and 22 percent in urban, mixed and rural areas, respectively.

DFAST 2022: Volatility, Capital Increases, and the Implications for the U.S Economy June 27, 2022
Mergers and Acquisitions

How Has the Size Distribution of Banks Evolved Over the Last 30 Years? May 31, 2022
Digital Assets

On the Overcapitalization for Market Risk Under the U.S. Regulatory Framework April 21, 2022
FinTech & Innovation

Does the Treasury Department Want to Modernize Payments? If So, Here’s How April 18, 2022