In a September 10 news article “A guide to the financial crisis – 10 years later”, Renae Merle reports as fact that large banks remain “too big to fail.”  Ms. Merle provides no analysis other than to note the current size of U.S. banks.  In fact, four significant post-crisis reforms now ensure banks can be safely resolved without putting the taxpayer at risk.

First, all large banks have submitted living wills — basically, pre-packaged bankruptcy plans — the Fed and FDIC have jointly determined to be acceptable.  Second, large banks have restructured their balance sheets to ensure that their equity and bond holders (and not the taxpayer) can and will absorb any losses should the bank become troubled in the future. In fact, new rules from the Fed effectively require the largest US banks to hold more than $1 trillion of new “bail in” debt on their balance sheets, in addition to $1 trillion in capital.  Third, through the International Swaps and Derivatives Association, banks have implemented contractual changes that, in a resolution context, will provide for temporary restrictions (or stays) on early termination rights of derivatives counterparties, helping prevent runs that were experienced in the 2008 crisis. Fourth, in extreme instances regulators have new so-called “orderly resolution” powers to step in and safely wind down a failing bank.

This is likely why Federal Reserve Chairman Powell stated in his confirmation hearing that there are no longer banks in the U.S. that are still “too big to fail.”  The market apparently sides with Chairman Powell over Ms. Merle: a Government Accountability Office report and the only other two studies of post-crisis data have shown that the market is not giving large banks a ‘too big to fail” subsidy — in other words, large banks issue debt at about the same interest rate as other large nonbank fortune 100 companies, which clearly are not “too big to fail.” 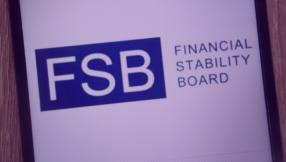 FSB Report Finds That Too-Big-To-Fail Reforms Have Been Successful, but Costs Are Material July 1, 2020
Bank Capital and Stress Testing