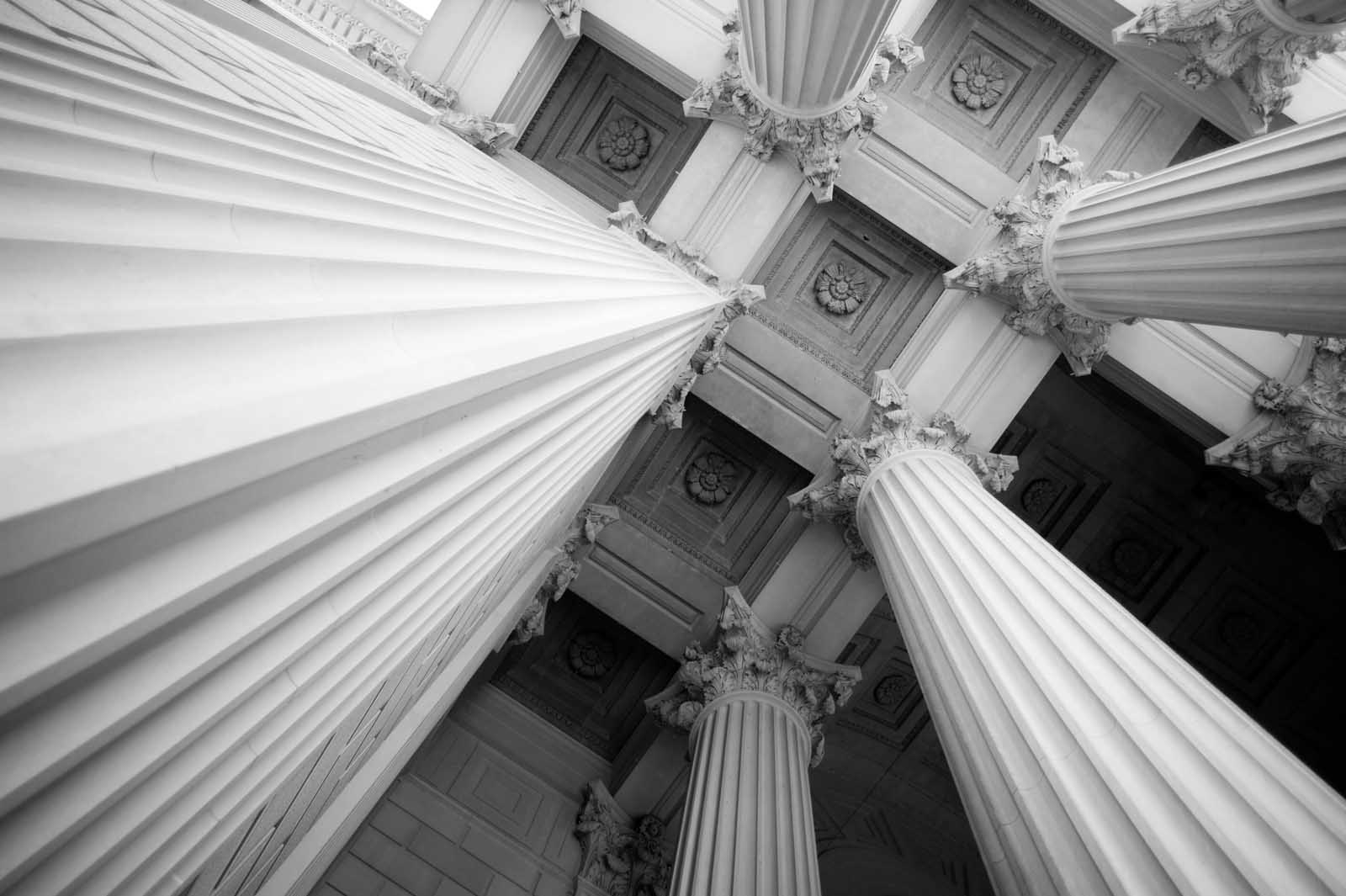 Our member banks play an integral role in preventing, identifying, investigating, and reporting criminal activity, including terrorist financing, money laundering and tax evasion. We support efforts to modernize and improve the effectiveness of the Bank Secrecy Act and the broader anti-money laundering regime. In addition, we support the passage of legislation to end the use of U.S. companies as a vehicle for hiding assets from law enforcement and financial institutions legally required to perform due diligence. Doing so will better focus public and private sector resources on deterring and catching criminals, which is the goal of the anti-money laundering (AML) regime.

Three years ago, The Clearing House Association (which along with the Financial Services Roundtable became BPI) brought together a group of approximately 60 experts for two symposia to discuss how to improve the U.S. anti-money laundering/countering the financing of terrorism (AML/CFT) regime as it applies to financial institutions.2

The conclusion of the vast majority of participants was that many if not most of the resources devoted to AML/CFT by the financial sector have limited law enforcement or national security benefit, and in some cases cause collateral damage to other vital U.S. interests – including U.S. strategic influence in developing markets and financial inclusion. Thus, a redeployment of those resources has the potential to substantially increase the national security of the country and the efficacy of its law enforcement and intelligence communities, while at the same time enhancing the ability of banks to operate in developing nations and service the underbanked. The consensus was set forth in a report which identified strategic and operational problems and made several recommendations.3

The failure to modernize the AML/CFT framework means that the current system encourages financial institutions to exclude customers in industries or countries that are perceived to have heightened risk of illicit activity, commonly known as “de-risking.” De-risking results in a withdrawal of financial services from already underserved populations and the movement of transactions out of the traditional financial services sector into shadow banking channels that are less or not monitored for suspicious activity.

Financial institutions are incentivized by the current examination and enforcement regimes to de-risk any customer, industry, or country that has a relatively higher potential to engage in illicit activity: for example, money service businesses or correspondent banks in developing or high-risk countries where public corruption, narcotics, or terrorist activity is prevalent. Basically, once a customer is designated high risk, either individually or as part of an industry or country, the compliance costs and enforcement risks generally make holding the account uneconomical. On the other hand, policymakers concerned with income inequality want banks to serve low income and underserved populations; development experts want multinational U.S. banks to serve developing countries; intelligence officials and law enforcement want multinational U.S. banks to stay engaged abroad in order to establish leads on nefarious activity; and national security and diplomatic officials want multinational U.S. banks to remain engaged abroad, rather than ceding those markets to other, less transparent, actors.

A 2017 report by the International Monetary Fund noted, “[p]ressure on correspondent banking relationships could disrupt financial services and cross-border flows, including trade finance and remittances, potentially undermining financial stability, inclusion, growth and development goals.”4 A survey carried out by the World Bank in 2015 found that 75% of large global banks are withdrawing from correspondent banking relationships, with U.S. banks being the most active.5

Similarly, domestically, banks of all sizes report that customer due diligence requirements have dramatically increased the cost of opening new accounts, and now represent a majority of those costs. Of course, this makes low-dollar accounts for low- to moderate-income people much more difficult to offer and price. While the connection is not immediately apparent, AML/CFT expense now is clearly an obstacle to banking the unbanked, and a reason that check cashers and other forms of high-cost, unregulated finance continue to prosper.

Of course, some have observed that criminals or kleptocrats will simply list nominees as the owners in their filings, and continue to keep the company’s true ownership a secret. While that may be true in some or many cases, those listed operate at significant legal risk, and are potential targets for law enforcement to target and turn.

Legislation is needed that would require the collection of beneficial ownership information at the time of incorporation and whenever such information changes, and ensure that such information is provided to relevant stakeholders including FinCEN and law enforcement. (Of course, any such legislation should make clear that inadvertent failures to update information would not be punished, but deliberate attempts to conceal ownership would; of course, in practice, law enforcement would only pursue the latter in any event.) In addition, any legislation should clarify that financial institutions performing customer due diligence can obtain access to reported beneficial ownership information upon account opening and on an ongoing basis, and that reliance on that information would be both necessary and sufficient to comply with their customer due diligence obligations under the BSA.

compliance, and whether these resources are efficiently and effectively supporting law enforcement and national security efforts. The data showed that, presently, there are very few instances in which banks’ required regulatory compliance efforts yield results, such as law enforcement follow-up.

Nineteen BPI members participated in this study, with asset sizes ranging from approximately $50 billion to over $500 billion. A survey was developed with member feedback and conducted over a period of approximately four months – the frequency of responses to specific questions varied due to the availability of data at participating institutions.7 The survey targeted areas where empirical data could be sought to better understand the performance of the AML/CFT and sanctions regimes.

The most notable results were:

Financial institutions devote thousands of employees and billions of dollars to BSA/AML and sanctions compliance and they are committed to this work to assist law enforcement and national security officials in their efforts to protect the financial system from illicit activity. Yet, as the data shows, they are presently aware of only a modest number of concrete instances, a median of 4% for SARs and an average of 0.44% for CTRs, where law enforcement finds their reports useful.10 Furthermore, not all SAR filing categories can be viewed in the same way. For example, structuring SARs could be considered “low-risk” or of little law enforcement value, yet they represent 18% of banks’ AML alerts but warranted few law enforcement inquiries for most institutions. This suggests that Treasury, given its role as the administrator of the BSA, should lead a multi-agency review of the regime to

prioritize the investigation and reporting of activity that fulfills the BSA’s purpose of providing highly useful information, thereby increasing its effectiveness. Such a review, along with the exploration of the provision of real-time data and law enforcement feedback, could assist in allowing financial institutions to provide higher-value information to law enforcement by re-deploying resources to more proactive AML/CFT efforts like identifying and developing techniques to combat emerging trends in illicit activity, investing more heavily in innovation generally (e.g. machine learning), and engaging in more proactive intelligence-led investigations.

However, the lack of prioritization and feedback on SARs and CTRs are not the only areas where the data suggests improvements can be made. As discussed previously, financial institutions spend significant time collecting defined enhanced due diligence on broad categories of customers that have been deemed high-risk in regulatory guidance manuals, yet only 0.3% of these SAR filings warranted followed up inquiries from law enforcement. This suggests that Treasury should take a more prominent role in coordinating AML/CFT policy and examinations, which is presently dispersed amongst multiple federal and state regulatory agencies.

Relatedly, sanctions compliance programs appear to be producing similar results, with sanctions screening yielding few to no matches. Public-private sector dialogues on reform are needed to make both regimes more efficient and effective as anecdotal information from survey participants indicate that they’re able to be most effective when they partner with law enforcement and national security officials. Therefore, as with the AML/CFT regime, Treasury should take a more prominent role in coordinating sanctions policy across the government to increase the effectiveness of sanctions compliance and further recognize a risk-based approach to compliance.

Finally, while not a primary focus of this study, the data shows that financial institutions are individually using anywhere from 9 to over 25 I.T. systems to support BSA/AML and sanctions compliance. While it is difficult to predict the impact that technological advances, such as machine

learning or artificial intelligence, will have on financial institutions’ compliance efforts they should be encouraged to test and innovate their policies, procedures, processes and technologies, including those related to identifying suspicious activity, in order to improve the efficacy of their programs.

Our survey of course gives only a rough estimation of how the BSA/AML regime is working. It is likely under-inclusive because the government may make use of some SAR data without informing the reporting bank, and that contact served as our proxy for the data being useful. On the other hand, in many cases when the government does reach out to the bank, the result is not an arrest or conviction. Most notable, however, is the fact that our survey is the only attempt of which we are aware to provide any public data on how the regime is working. We would welcome a similar, government-led effort.

The United States, through the Treasury Department, has led the world in shaping international standards and dialogue in these policy areas, and we encourage Treasury to continue to take a domestic and global leadership role in proposing changes to enhance the systemic effectiveness and sustainability of the AML/CFT and sanctions regimes.

Thank you for allowing us to provide testimony at this important hearing. Improvements to the BSA/AML framework can have several important benefits. The nation’s financial institutions play an integral role in supporting law enforcement efforts to prevent, detect, and investigate money laundering, terrorist financing, tax evasion, and other criminal activity. BPI has worked extensively with a broad range of stakeholders to put forth proposals to improve the current framework. These improvements would not reduce the responsibilities of financial institutions under the Bank Secrecy Act to provide reports or records that have a “high degree of usefulness” to law enforcement or national security officials; rather they are intended to increase the usefulness of the substantial resources devoted to AML/CFT compliance at covered institutions and reduce any collateral damage that they have on the ability of the U.S. to assist and influence developing nations. A redeployment of private sector resources would substantially enhance national security and the efficacy of our law enforcement and intelligence communities.

1 Collectively, they employ nearly 2 million Americans, make 72% of all loans and nearly half of the nation’s small business loans and serve as an engine for financial innovation and economic growth.

U.S. assets; and (iii) large institutions were defined as having over $500 billion in U.S. assets.

8 As discussed in BPI’s study, because there is no established metric for measuring whether banks’ BSA reports are “useful” to law enforcement a proxy was used, which was derived from tracking instances where law enforcement reached out to institutions, including through subpoenas, national security letters or requests for SAR backup documentation.

9 We note that, in this case, provided responses may not be completely comparable. A full explanation is provided in footnote 24 of the report. A median is used here to assist in providing an exemplary value.

10 See 31 U.S.C. § 5311, which states that “[i]t is the purpose of this subchapter [the BSA] to require certain reports or records where they have a high degree of usefulness in criminal, tax, or regulatory investigations or proceedings, or in the conduct of intelligence or counterintelligence activities, including analysis, to protect against international terrorism.”