Washington, D.C. — The Bank Policy Institute has promoted five staff members across the organization. The promotions were based on each individual’s growth in his or her area of expertise and a recognition of the outstanding service they have provided to BPI’s members.

Below is a list of the staff that were promoted:

“BPI is tackling new and challenging regulatory questions with major ramifications for consumers, businesses and the broader economy,” said BPI President and CEO Greg Baer. “The expertise and dedication of our staff is crucial to ensuring that BPI remains a respected and trusted resource on banking policy. Over the past year, John, Ayeola, Sarah, Tara and Whitney have all taken on additional responsibilities and demonstrated deep expertise in their respective fields. We are extremely fortunate to have them as part of the team.” 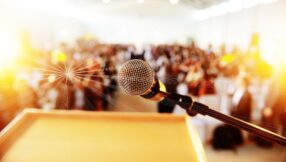 How Much Will U.S. Businesses Pay for Loans? Translating a Basel Accord Into a U.S. Regulation November 8, 2021
Systemic Risk & TBTF