After the 2008-09 global financial crisis, the Basel Committee on Banking Supervision, the global standard setting body for bank regulation, agreed on a complete overhaul of bank capital standards, known as “Basel III.” Jurisdictions throughout the world, including the United States and Europe, have largely implemented those standards. Generally speaking, Basel III defines minimum bank capital requirements – the amount of capital banks must hold to cover potential losses – for assets such as corporate loans and home mortgages.

At the end of 2017, the Basel Committee (of which the U.S. banking agencies and those of 27 other major jurisdictions, including the EU, are members) made substantial changes to Basel III, known as “Basel III endgame,” despite the existing standard’s successful track record, generally with the goal of bringing assessment of credit risk more under governmental control. Currently, regulators in the U.S., EU and other countries are preparing to revise their regulations to implement the Basel III endgame agreement. The EU issued proposed revisions at the end of 2021, and the U.S. is expected to follow in the next few months.

The choices U.S. regulators make in implementing the Basel III endgame standard could significantly change the capital requirements of the largest U.S. banks.  If implemented without care, those changes could reduce economic growth, diminish capital markets liquidity, increase systemic risk by concentrating risk in unregulated and more leveraged financial intermediaries, and further disincentivize bank lending to small businesses and low-and-moderate income households. They could also accelerate the current movement of funding for American businesses from bank and public capital markets to private markets, concentrating wealth even more among the people who manage and own those firms.   To avoid these pitfalls, in crafting their implementation of Basel III endgame, U.S. regulators should account for the idiosyncratic elements of the U.S. banking system, financial markets, and existing U.S. capital framework.

Basel Finalization: The History and Implications for Capital Regulation – Part 1

The European Approach to Implementation

As U.S. Regulators Implement the 2017 Basel Accord, It’s Time for a Reality-Based Assessment of Current Capital Levels November 10, 2022
Basel Finalization

On the Overcapitalization for Market Risk Under the U.S. Regulatory Framework April 21, 2022
Basel Finalization

How Much Will U.S. Businesses Pay for Loans? Translating a Basel Accord Into a U.S. Regulation November 8, 2021
Basel Finalization 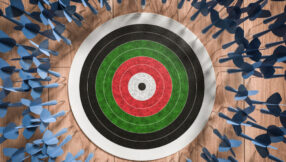 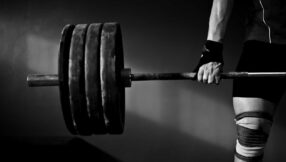 What Is the Current State of Bank Capital in the U.S.?

A Primer on Bank Capital

Read
U.S. Small Businesses Could Soon Be Paying More for Loans, Unless U.S. Regulators Act
U.S. and international regulators are currently implementing the Basel III framework, which includes rules around how much capital banks must hold to fund loans. While the European Union is considering giving small businesses flexibility, possible actions by U.S. regulators could result in U.S. small businesses paying more for loans than similar companies operating in Europe. Furthermore, these small business could also be paying more than large, publicly traded companies, and more than their true risk requires.