On September 17, the Federal Reserve published two stress scenarios (severely adverse and alternative severe) for use in the second stress test of 2020. Our analysis indicates both stress scenarios are tougher than the severely adverse scenario used in the June 2020 stress test. However, the stronger banking conditions at the jumping-off point of the exercise—most notably the rise in allowance for credit losses in the first half of 2020—will mitigate the decline in bank capital over the planning horizon. As a result, our results indicate that the peak decline in the aggregate common equity Tier 1 (CET1) capital ratio using the September 17 scenarios will likely mimic the results reported in the first round of stress tests, which showed a peak decline in the aggregate CET1 capital ratio of 2.1 percentage points. Note that the models used in this analysis are attempting to predict, not improve upon, what the Federal Reserve’s own models will show when the results are published before the end of this year.

Meanwhile, at the end of September, the Federal Reserve plans to announce if it is extending its current restrictions on shareholder payouts. In light of the increased strength of bank balance sheets at the end of the second quarter and the severity of the scenarios being considered for the resubmission of capital plans, we don’t find an empirical basis to suggest that the limitations on capital distributions should extend into the fourth quarter.

The second macroeconomic stress scenario—“alternative severe”—assumes a serious second wave of COVID-19 occurring in a non-synchronized way across the U.S. and around the world. The resurgence in the number of coronavirus cases leads to a moderate worsening of economic conditions, accompanied by a sluggish recovery. More precisely, the unemployment rate rises immediately from a level of 9½ percent to 11 percent in the fourth quarter of 2020 and stays at that elevated level for over a year. As shown in the top-left panel of Exhibit 1, the unemployment rate in the alternative severe scenario is initially below the level of unemployment rate in the severely adverse scenario, but the relationship reverses toward the end of the planning horizon.

Moving to other macroeconomic series included in the scenario, the paths of the house price index and BBB corporate bond spreads are almost as severe as the ones used in the June stress test. By contrast, the declines in CRE prices and in the stock market index are less dire than the paths assumed in the June scenario. Finally, the yield curve is flatter in the second stress tests, which creates more headwinds for bank profitability, as we discuss in the next section.

Next, the analysis uses industry-level top-down models to estimate the impact of the two stress scenarios on the projections of aggregate loans losses and pre-provision net revenue over the

planning horizon. Simply looking at the trajectories of the macroeconomic variables over the stress horizon gives an incomplete picture of the impact of the scenarios on bank performance. Top-down models solve this problem by relating a subset of the variables included in the supervisory scenarios to industry-level bank performance measures.

No unique model best captures the behavior of bank performance measures, so this section reports the results of projections based on two different types of top-down models. The first set of models (“top-down aggregate”) uses the path of the unemployment rate, BBB corporate bond spreads, the house price index, and CRE prices to generate projections of net charge-off rate for all loans. The aggregate model also generates projections for pre-provision net revenue based on an autoregressive term and using the path of the term spread, the stock market index, and the BBB corporate bond spread.

The second set of models (“top-down granular”) uses more granular information on net charge-offs across 13 loan portfolios and 7 PPNR subcomponents to generate projections under both scenarios. For details on the set of variables used to model each subcomponent, see Hirtle et al. (2015) Given the elevated level of the unemployment rate in both scenarios and the small changes in those rates, our top-down models use the level of the unemployment rate instead of the change to make the loss projections more severe. In addition, only the PPNR models have an autoregressive term.[2]

The aggregate loan loss projections for the 33 banks included in the stress tests are reported in the left panel of Exhibit 2. The leftmost bars present the loss projections using the June 2020 severely adverse scenario. As shown in the exhibit’s bar chart, the projections using our two models are very close to the supervisory projections released in June. The difference is just $7 bn in loan losses out of $433 bn. The loss rate is 6.3 percent across all three projections. The two bars in the middle show the loss projections under the 4Q20 severely adverse scenario. The aggregate model shows an increase in losses of about 23 percent, while the more granular model projects a 4-percent increase. The main difference between the two models is that the aggregate model does not do a particularly good job capturing the decline in credit card balances over the first half of 2020. For that reason, it tends to overstate loan losses. In addition, loan losses are somewhat overstated as a result of the Paycheck Protection Program because those loans are guaranteed by the Small Business Administration. Unfortunately, the regulatory reports do not distinguish between PPP and non-PPP loans.

The loss projections presented in Exhibit 2 are quite conservative because they rely on the historical relationship between the macroeconomic series and loan losses. We also did not update the model coefficients using the regulatory data from most recent regulatory reports, to limit the impact of government stimulus on model projections. Updating the coefficients using data on net charge-offs from the first half of 2020 would have weakened the relationship between macroeconomic outcomes and net charge-offs. Consequently, the loss projections in Exhibit 2 can be interpreted as an upper bound to losses expected in this hypothetical scenario.

The revenue banks generate over the planning horizon becomes their first line of defense against the projected increase in credit losses. For this reason, projections for pre-provision net revenue are as important as projections for loan losses. In the June stress tests, the Fed’s severely adverse scenario estimated that the 33 banks included in the test would be able to generate $430 bn in PPNR over the 9 quarters of the planning horizon. The aggregate top-down model forecasts $418 bn in revenues under the June stress test scenario. The more granular model forecasts aggregate PPNR of $390 bn over the same horizon.

Using the 4Q20 severely adverse scenario, the aggregate top-down model expects banks to generate $426 bn in PPNR, while the more granular model projects bank revenues to decline $30 bn, or 7½ percent. The decline in the projections of the more granular model reflects banks’ weaker net interest income at the start of the stress tests. Because PPNR models include an autoregressive term in the regression model and the coefficient is quite persistent, the level of net interest income at the start of the test is an important driver of the results. Still, the growth in bank assets in 1H20 should help mitigate some of the decline in projected net interest income. Finally, the PPNR projections are modestly lower under the alternative scenario compared with the severely adverse scenario.

The last step of the analysis approximates the impact of the stress scenarios on the peak decline in the CET1 capital ratio of each bank using the June 2020 results. The mapping between bank-specific performance and the aggregate projections for loan losses and pre-provision net revenue discussed earlier adjusts for the bank-level results published by the Federal Reserve this past June. For that reason, the other important components of the stress tests, such as the global market shock (GMS), losses from operational-risk events, and changes in accumulated other comprehensive income, are assumed to remain the same as those reported in the June 2020 results.[3] Of these three elements, the GMS is probably most volatile across stress tests, in large part because trading book exposures change quickly over time.

Another important element of the analysis is the change in the allowance for credit losses during the first half of 2020. More precisely, banks have started the second stress tests after building an additional $100 bn in loan loss allowance. The allowance can be used to offset the increase in loan losses and the decrease in PPNR in the second stress test. It is also worth noting that the aggregate amount of CET1 capital at the start is essentially unchanged across the two stress tests. However, since the analysis is focused on the peak decline in the CET1 capital ratio under stress, the amount of CET1 capital banks hold at the start of the tests is less relevant.

The prior section shows a large divergence in loan loss projections across the two top-down models used in the analysis. Exhibit 3 assumes loan losses would be about $500 bn as a way of representing a simple average of the projections from the two top-down models. For PPNR, the sensitivity analysis presented in Exhibit 3 uses the most conservative estimate, because the low-interest-rate environment could have a bigger effect on bank revenues than what our models project. Moreover, the differences in projections are not especially meaningful across the two stress scenarios, so we only present one set of results in Exhibit 3. The objective is to capture the worst of both scenarios combined.

As shown in Exhibit 3, the peak decline in the aggregate CET1 capital ratio was 2.1 percentage points in the June 2020 stress test. We project roughly the same decline in the aggregate CET1 ratio in the second stress test. The calculation presented in Exhibit 3 is done at the bank level, but the methodology can be described using aggregate data. In aggregate, the 33 banks held about $10,370 bn in risk-weighted assets as of the second quarter of 2020. According to our top-down models, aggregate losses are projected to be about $60 bn higher on average across the two models under the worst of the two stress scenarios. That value is represented by the 0.6 p.p. increase in the peak decline in the CET1 ratio.[4]

Next, PPNR is expected to decline approximately $30 bn over the stress planning horizon. However, during the first half of 2020, banks increased their allowance for credit losses by about $100 bn. Because the increase in allowances offsets the projected increase in loan losses and the decrease in revenues over the projection period, the results indicate that the projected peak decline in the aggregate CET1 capital ratio based on the second stress test will likely be similar to the results reported in June.

[1]The scenario also includes a sharp slowdown in foreign economies, which we don’t analyze in this post. In addition, the post discusses only the macroeconomic series included in BPI’s top-down models.

[3]Although they are outside the scope of this note, which attempts to predict the outcome of the test, these components are significantly overstated. See here and here for further details.

[4]The analysis assumes each bank reaches the trough in CET1 capital ratio in the last quarter of the stress horizon. This assumption overstates the decline in CET1 ratios for banks that reach their minimum regulatory capital ratio before quarter 9 of the planning horizon. The analysis also assumes a constant tax rate of 21%.

A Replacement for LIBOR as a Loan Benchmark Would Ideally Be Sensitive to Liquidity Risk as Well as Credit Risk October 15, 2020
Bank Liquidity

Necessary Dimensions of a Holistic Review of the Meltdown of U.S. Bond Markets in March October 7, 2020
Bank Conditions and Credit Availability

The Net Stable Funding Ratio Would Have Made Things Worse, Not Better (So Why Adopt It?) September 15, 2020
Bank Liquidity 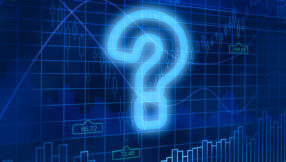 The LCR Catch-22 — to Disclose, or Not to Disclose July 30, 2020
More Posts by This Author
Bank Governance

Not Only European Banks are Facing Pressure on Share Prices October 20, 2020
Bank Capital and Stress Testing