An Even Better Way To Combine Stress Test Results 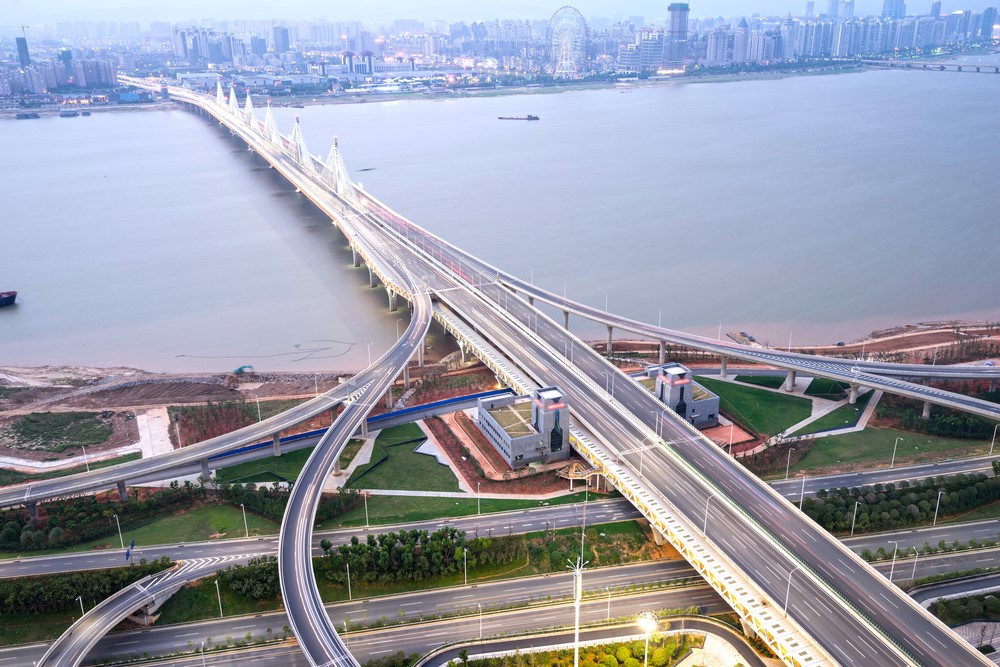 A few months ago, we wrote a post, “A better way to combine stress test results,” in which we proposed a way the Fed could combine the results of multiple stress tests.  As we described, the Fed’s reliance on the results of a single projection generates incorrect measurements of risk and other undesirable consequences, including spurious volatility in capital requirements.

In this post, we present a new, simpler proposal that draws some intuition from engineering and from portfolio theory in finance.  We also show that the current approach will not only lead to the government allocating credit but also could result in an increase in bank risk through reduced diversification.  By contrast, the approach we propose would lower bank risk by reducing leverage, and would also leave credit allocation decisions by banks unchanged.

To quickly recap the motivation:  In its annual capital stress tests, the Fed projects each bank’s capital levels under three scenarios – baseline, adverse, and severely adverse.  The baseline scenario is the economic outlook.  The severely adverse scenario basically replicates the Great Recession with higher severity.  And the adverse scenario captures other ways banks can make losses apart from a recession, usually a rise in interest rates.  The Fed requires banks to have enough capital so that the bank’s capital levels are above minimum requirements in each scenario, but almost invariably, the severely adverse scenario is the one that matters.  As a result, banks subject to the Fed’s stress tests have underinvested in assets that struggle in a recession, such as small business loans, and overinvest in assets that do well, such as long-dated Treasury securities.

Ideally, the Fed would instead combine the results of different stress scenarios so that all the information is used.  Such an approach would improve the measurement of bank risk as well as reduce the incidence of unintended consequences. Nonetheless, given the current uselessness of the adverse scenario, the Fed has proposed dropping it.

If bank failures were always or even usually the result of one thing going spectacularly badly, the Fed’s approach might make sense. Automobile accidents usually happen this way, with a single collision from the front, side, or rear. Crash tests are therefore designed to ensure cars can withstand any one of these impacts while keeping passengers safe, much like the Fed requires banks to maintain a minimum capital level under multiple scenarios.

Consider the case of designing a stress test for an automobile.  There are a variety of possible accidents that could prove fatal.  The likeliest (the auto equivalent of high unemployment) is a front-end collision.  But there are also offset impacts, side impacts, rear impacts, rollovers, and flying debris, each of which could occur with a variation in severity.  One could choose one of these potential scenarios, impose a high severity, and let that determine car design – so, a 60-mph front impact.  But that would create a very strange looking car, and one quite exposed to the other risks.  Conversely, one could impose a high severity for every possible scenario – 60 mph from every angle, with a rollover and large object striking the car.  The result would be effectively a tank – the auto equivalent of a bank holding 100% equity and investing only in Treasuries – a safe vehicle serving no social purpose.  Perhaps worst yet, one could vary the scenario year to year – say, a 60-mph front impact one year, followed by a 60-mph rollover the next; however, this would throw auto design into chaos.  Instead, though, a rational actor might choose to include all the possible scenarios that could occur with an automobile, but at lower severity – say, a 30-mph impact from every side.  Thus, car designers would include crumple zones and other safety measures to guard against all scenarios.  In fact, this is basically what has happened in car stress scenario design. [1]

Engineers deal with this sort of problem using “Tolerance Analysis.”  When a product is made of multiple parts, and each part is subject to some variation in its manufacture, tolerance analysis estimates the potential variation in the entire product.  Within tolerance analysis, “worst-case” analysis simply takes all the ways things can go wrong, assumes they do go wrong, and adds them up.  In the bank capital context, worst-case analysis would dictate that all banks be funded 100 percent with capital or invest only in Treasury bills, or both.

“Portfolio theory” in finance describes how investors choose to distribute their investments across assets to achieve specific outcomes.  A canonical variant assumes investors seek portfolios that are mean-variance efficient; that is, they will choose portfolios that achieve the lowest possible risk for any specific level of return.

Using portfolio theory, we show that the Fed’s approach to implementing stress tests will lead banks to choose riskier portfolios than they would on their own.  That perverse result occurs because banks underinvest in assets exposed to recession risk and end up insufficiently diversified.  Moreover, the test has no impact on the bank’s choice of overall leverage.

We then show that if the Fed implemented its tests in a manner consistent with tolerance analysis, in particular, using RSS, banks would reduce leverage and expected return but would not change the proportional shares of the portfolio in different risky assets.  That is, the RSS approach takes the Fed out of the business of credit allocation.

Consider a bank that can invest in three assets:  a riskless asset with return rf and two risky assets that are independent, have a variance of 1, and are each in equal total supply.  Because a portfolio invested equally in the two risky assets would correspond to the market portfolio, each of the risky assets has the same expected return as the market, rm.  The example can be thought of as a simple world where there are many risky assets but only two sources of systemic risk.

The bank chooses portfolios that are mean-variance efficient.  In particular, the bank chooses a portfolio whose expected return is equal to a target level rt and has the lowest achievable variance.

The answer (we leave the derivation to the reader) is

Suppose the bank is also subject to a stress test where it is required to project its portfolio return under the assumption that the first risky asset declines by s percent.  To pass the test, the bank’s capital (the amount invested) must stay above a minimum level, and the bank’s capital is currently x percent above that level.

That condition is met (the bank fails the test) when

If the bank fails the test, it is no longer able to choose the variance-minimizing portfolio that achieves its expected return target, so it must adjust its portfolio.  We assume the bank chooses a new portfolio that has the lowest variance among portfolios that both achieve its return target and passes the stress test.  In that case, the bank’s problem becomes solving two linear equations in two unknowns:

In this case, the bank chooses portfolio weights

A stress test can be constructed that ensures a target level of bank risk but also takes the government out of the credit allocation business.  The test entails conducting two projections conditional on scenarios that each, individually, have a chance of occurring equal to the target level of risk and requiring each bank to have a larger capital buffer than the RSS of the two projections less the projected growth in capital under the baseline.

The objective of the test is to ensure that bank failure is an N-standard deviation event.  That is accomplished by requiring that

That is, if the portfolio earns its mean return minus N standard deviations, the return would still be higher than the capital buffer the bank has over its minimum requirement.

The baseline projection is that the net portfolio return equals the target return (rt) defined above.  In other words, if economic conditions develop as expected, the bank achieves the earnings it is targeting.  Subtracting the baseline from the stress projections yields

So, to conduct the stress test, referring back to equation (10), subtract from the baseline projection the root sum of squares of the two stress projections each minus the baseline and check if the result would more than use up the banks’ capital buffer.  Each stress projection is conditioned on the individual asset experiencing an N-standard deviation decline.  The failure of a bank that passed the test would be an N-standard deviation event.

If a bank that achieved its return target with a variance-minimizing portfolio was unable to pass the test, it would have to settle for a lower return target to pass the test.  It would achieve its return-maximizing portfolio subject to passing the test by reducing its overall leverage while maintaining its holdings of the two assets in equal proportion.

HOW TO IMPLEMENT THE TEST USING THE CURRENT FRAMEWORK

Shifting to capital stress tests, assume the “severely adverse” and “adverse” scenarios span the ways banks can go bad (or at least two ways that supervisors care about), and the baseline scenario describes the mean.  Suppose further that the scenarios are calibrated to match the desired risk of bank failure – if bank capital should ensure the risk of failure is less than 0.5 percent a year, then the scenarios should each be set so the chance that anything worse would happen is 0.5 percent.  To calculate the RSS, take the deviation of the projections under the adverse scenarios from the baseline, square them, add them up, and take the square root.  Of course, this approach would only work if the Fed continued to include an adverse scenario.  (Of course, under this approach, they would no longer be “severely adverse” versus “adverse” as each would be of equal probability and therefore severity, although one risk could very well be more consequential than the other.)

Because this approach requires, essentially, adding the projected capital declines under two stress tests together, other things equal it would increase capital requirements.  To keep the stress tests calibrated about where they are, the severity of each scenario would need to be reduced.  If the target severity of the overall test is the Great Recession, then such a reduction in scenario severity would be consistent with the requirement that the scenarios each have the same target severity as the overall test.  As shown in Covas and Nelson (2018) and Covas (2018), the Fed’s severely adverse scenarios have been much more severe than the Great Recession; thus, to accomplish this result, the Fed would only need to construct the severely adverse scenario in conformance with its own guidance, which states that scenarios should be consistent with “severe recessions of the last 50 years.”[2]