American Banker’s Criticism of RTP: It’s Like Rain On Your Wedding Day. 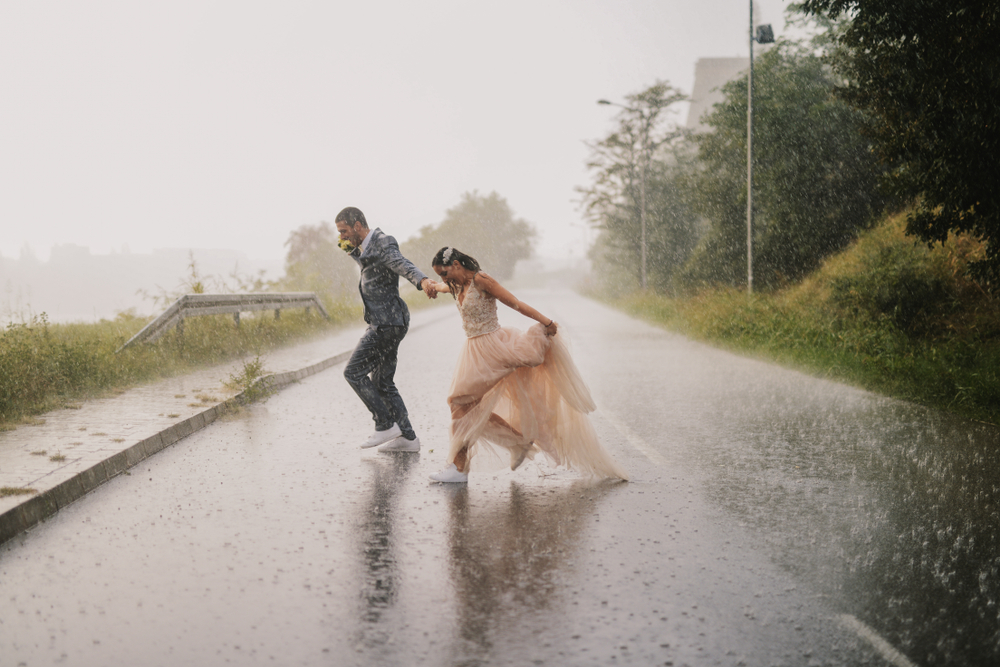 In his “Bankshot: What the big banks left out when they slammed the Fed over real-time payments,” Kevin Wack displays ignorance of history, and an Alanis Morrissette-like misunderstanding of irony.

The basic facts are not in issue. The Clearing House, owned by 24 large U.S. banks, is currently operating a real-time payments system (which they call RTP).  An independent assessment found that the RTP network met all 36 criteria set by the Federal Reserve-sponsored Faster Payments Task Force. Those 24 banks have individually or collectively paid hundreds of millions of dollars to build that system.

Also, as Mr. Wack was good enough to note, the Federal Reserve actively encouraged this investment when it stated in 2015 that it “would not consider expanding its service provider role unless it determines that doing so is necessary to bring about significant improvements to the payment system and that actions of the private sector alone will likely not achieve the desired outcomes for speed, efficiency and safety in a timely manner.”

Nonetheless, Wack goes on the offense, taking me to task for saying that it would constitute a bait-and-switch for the Federal Reserve to now proceed to build the competing system that it said it would not: “The irony in Baer’s recent comments is that if anyone can be accused of engaging in a bait-and-switch with respect to real-time payments, it is the big banks.” So, in other words, one bait-and-switch deserves another.

The basis for this statement? Wack notes that the Clearing House obtained a Business Review Letter (effectively a no-action letter) from the Department of Justice, finding that RTP would be pro-competitive. “But then in April 2019,” Wack intones, “The Clearing House added a large caveat to its earlier pledge: Its commitment to charge the same prices to banks of all sizes will apply only as long as it is the sole U.S. operator of a real-time payment system.” End of editorial; drop mic; that’s all for BankShot this week; two points!

Here’s what Wack omits: the Clearing House added this caveat only after the Federal Reserve indicated that it might enter the market.

So, why would that make the Clearing House feel the need to clarify?

It gets better. In the early 1990s, the Fed actually did have a flat ACH fee structure. Then, the Clearing House entered the ACH business, also with flat fees. The Clearing House began to gain market share, and as a result in 1997 the Fed announced that it would offer volume discounts. The Clearing House then was forced to follow suit in order to stay competitive. Any of this sounding familiar?

So, why wasn’t the Fed content to just run an ACH network for small banks, and why wouldn’t it be content to do the same for a real-time-payments network? The Monetary Control Act of 1980 requires Federal Reserve services to be priced to cover all direct and indirect costs incurred in the provision of services; those costs even include an imputed tax rate. The Fed could not cover those costs if it captured no large bank ACH volume. Not only would it be out of compliance with the law, but also it would be justly accused of losing taxpayer money.

So, assuming the Fed does proceed to launch a system, it would seem to face a Sophie’s Choice: generate volume by charging large banks a discount – enraging community banks; violate the law and lose taxpayers a lot of money by running the network only for community banks; or cut rates for all banks until it drives the Clearing House out of business, and becomes a government monopoly.

Of course, there is one way that the Fed could recoup its costs without offering discounts to large banks: by opening its payment system to non-banks. In that vein, one wonders if community bank lobbyists have noticed that they have gained powerful allies in their pursuit of Fed entry into real-time payments: retailers, like Amazon and Apple. Retailers see a future where the Federal Reserve – either this one or a future one – adopts UK-style open banking, allowing anyone to access the payment system. Large banks may not fare too badly in such a world, as they can offer a full suite of products to consumers and businesses. Community banks, on the other hand, may look back in regret as to why they let this genie out of the bottle — not for any strategic reason, but really for spite, simply because they didn’t like the large banks that were providing a perfectly satisfactory private sector service. And, as Jerry Seinfeld so wisely explained, there are no takebacks in such a situation.

Crypto as a Ponzi Scheme: You Don’t Know the Half of It July 5, 2022
Resolution & Recovery Planning

Any Major Revamp of Bank Resolution Plan Requirements Should be Done Only Through Rulemaking May 26, 2022
Digital Assets

The Fed’s Balance Sheet, CBDC and a Reminder on the Limits of Limits May 25, 2022
Bank Activities and Structure

Does the Treasury Department Want to Modernize Payments? If So, Here’s How April 18, 2022
Bank Activities and Structure

Five Important Facts about the Competitiveness of the U.S. Banking Industry February 24, 2022
More Posts by This Author
Bank Capital and Stress Testing