Actions the Fed Could Take in Response to COVID-19

The COVID-19 epidemic is projected to reduce economic activity, may reduce market liquidity, and could generate a flight to quality from risk assets to federally insured deposits at banks.  In addition to easing monetary policy (for some ideas on that front see here), the Federal Reserve could take the following steps to allow banks to continue providing credit to businesses and households and liquidity to financial markets.

The Fed could cut reserve requirements, currently set at 10 percent of transaction accounts, to zero.  Banks are currently required to maintain about $140 billion on deposit at their Federal Reserve Banks in order to satisfy such reserve requirements (such deposits are called “reserves”).  Because required reserves are not included in the stock of liquid assets that satisfy liquidity requirements (“high-quality liquid assets” or “HQLA”) but excess reserves are, the change would boost banks’ HQLA by about $140 billion immediately.  As a result, banks could use those funds to finance credit to the real economy.

Under the Fed’s current floor system for monetary policy, reserve requirements serve no purpose, so this change comes at no cost.  (An alternative way to achieve the same result would be to amend Regulation D to allow a bank to use its required reserves to meet a liquidity exigency, which would allow for their inclusion in HQLA.)  For additional discussion of this proposal, see here).

The Fed extends collateralized loans to financially sound commercial banks through its primary credit facility, a/k/a/ the “discount window.”  The loans are extended at the primary credit rate (the “discount rate”), which is currently 2 ¼ percent, 50 basis points above the top of the Federal Open Market Committee’s (FOMC) target range for the federal funds rate.  Although the discount window is supposed to be a no-questions-asked facility that banks are encouraged to include in their contingency plans[1], banks are reluctant to use the discount window for reputational reasons.  More tangibly, under the Fed’s liquidity stress tests, banks have been prohibited from including planned discount window borrowing for more than a few days, even though there is no such restriction in law or Fed policy.  The same is true under the resolution planning (living will) requirements imposed jointly by the Fed and the FDIC.  As a result, banks must hold far more cash assets than they would actually need.

The Fed could take three steps to make the discount window a more viable source of bank funding.  First, as it did in the financial crisis, the Fed could cut the discount rate to 25 basis points above the top of the target range.  By cutting the discount rate, the Fed would be emphasizing that banks were encouraged to use the window should the need arise, reducing the likelihood that banks would respond to any periods of market illiquidity by pulling back from lending to other financial institutions.  Second, as was also done in the crisis, the Fed could lengthen the initial maturity of discount window loans to 90 days.  Such an extension would provide banks greater confidence that discount window borrowing could be used to address somewhat longer-term funding needs.  Perhaps more importantly, it would justify the change to the rollover assumption on discount window loans in the liquidity coverage ratio (LCR) requirement discussed below.  Third, it could revise its liquidity stress tests and (along with the FDIC) resolution planning requirements to eliminate arbitrary limits on assumed discount window borrowing.

Another prudent step the Federal Reserve could take would be to prepare for a broader liquidity facility if subsequently required.  Under section 13(3) of the Federal Reserve Act, the Federal Reserve retains emergency lending authority to lend to non-banks that it can use in “unusual and exigent” circumstances.  The Fed used that authority extensively in the crisis to make loans to help support individual troubled institutions such as AIG and also to create broad-based lending facilities.  Although the Dodd-Frank Act amended the Fed’s emergency lending authority to remove the ability to lend to support individual institutions, the Fed retained the ability to lend through broad-based facilities.  One of those facilities, the Primary Dealer Credit Facility (PDCF), was essentially a discount window for primary dealers, the large broker-dealers with which are the Fed’s counterparties in market transactions.  The Fed could prepare the PDCF without announcing or opening it.  The approval of the Treasury Secretary would be required before the facility was activated.

The Fed could also make changes to its bank regulations or enact promptly already planned regulatory changes that would not reduce safety, soundness or financial stability but would enhance banks’ ability to extend credit to businesses and households and liquidity to financial markets.  As became evident during the episode of financial market volatility in September, current regulations can inhibit banks’ ability to provide liquidity where it is needed (for further discussion, see here).

The main liquidity regulation for banks is the liquidity coverage ratio.  The LCR requires banks to hold high-quality liquid assets in an amount equal to 30 days of projected net cash outflows under stress.  The LCR currently assumes that any discount window loans outstanding to a bank will not be rolled over, resulting in a projected net cash outflow – in other words, that the Fed will refuse to continue lending, and the bank will have to sell an asset in response.  The Basel standard is for the rollover assumption for discount window loans to be 100 percent, and other countries have adopted that standard. The Fed assumed a rollover rate of 0 percent to reflect the Fed’s intention that the discount window be a source of only short-term funding.  When adopting the LCR, however, the regulation stated:

If the Fed lengthened the initial maturity of discount window loans as discussed above, it could and should also raise the assumed rollover rate in the LCR on discount window loans to 100 percent.  The change would encourage banks to deploy their liquid assets by giving them a viable backstop in case they faced liquidity pressure, as they would be able to increase their HQLA for regulatory purposes dollar-for-dollar by borrowing from the discount window against non-HQLA collateral.

The Fed could also encourage banks to use HQLA as needed.  To reinforce that message, it could remove the existing requirement that a bank submit a remediation plan within three days if it breaches the LCR.  That requirement adds to stigma and forces banks to treat the LCR as a binding requirement rather than a buffer; it also convinces markets that any deviation reflects fatal weakness rather than prudent liquidity management.

The Fed could also make modest changes to current or proposed capital requirements that would support the ability of banks to provide credit to the economy and be able to accommodate large amounts of deposit inflows in the event of a flight to safety.  As discussed below, such inflows could put further pressure on banks’ balance sheet capacity, reducing market liquidity.

First, when the CCAR 2020 instructions are published (likely this week), the Fed could announce that it expects to implement the stress capital buffer (SCB) and, as a result, remove the quantitative assessment from this year’s tests. The SCB combines stress tests result with point-in-time capital requirements.  Under the proposal, banks’ ongoing requirements would be calculated by adding the decline in capital projected in the stress test to banks’ minimum requirement and GSIB surcharge.   Implementing the SCB would not materially change the risk-based requirements of the global systemically important banks (GSIBs) and would allow banks to better sustain an influx of deposits and deploy capital to low-risk activities as a result of the removal of the leverage ratio hurdle rates (as well as the other hurdle rates) from the tests.[2] In addition, the Fed could give banks additional time to comply with the SCB and extend the compliance date to 2021 (instead of 2020:Q3).

Second, the Fed could remove the stress leverage buffer (SLB) from the SCB proposal, as Vice Chair Quarles has already suggested it do.  Retaining the SLB could make the tier 1 leverage ratio requirement bind, especially if a flight-to-safety event occurs over the coming months.  A large influx of deposits to the banking sector would lead to an increase in a bank’s balance sheets and raise the risk of a bank breaching its SLB requirement.  The more leverage constraints bind, the less able are banks to provide liquidity to financial markets, potentially adding to a reduction in liquidity stemming from absent market participants.

[2] The capital requirements of non-GSIBs would decline because of the removal of the requirement to prefund share buybacks and five of the nine quarters of common stock dividends and also because of the flat balance sheet assumption. 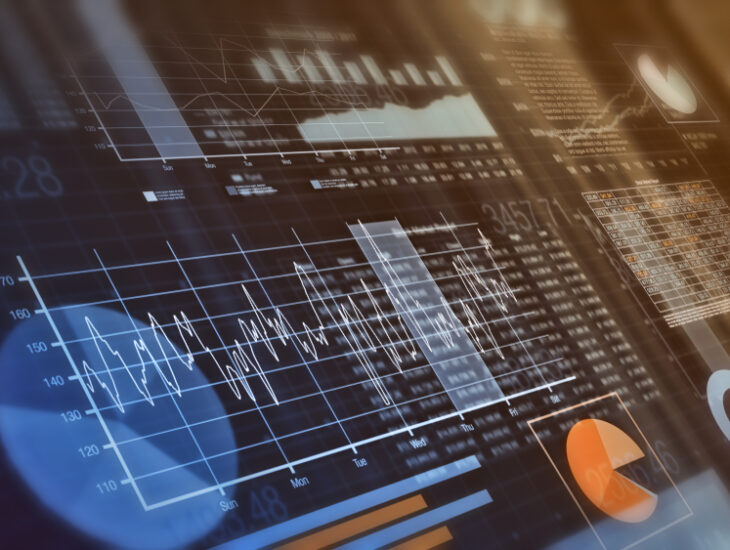 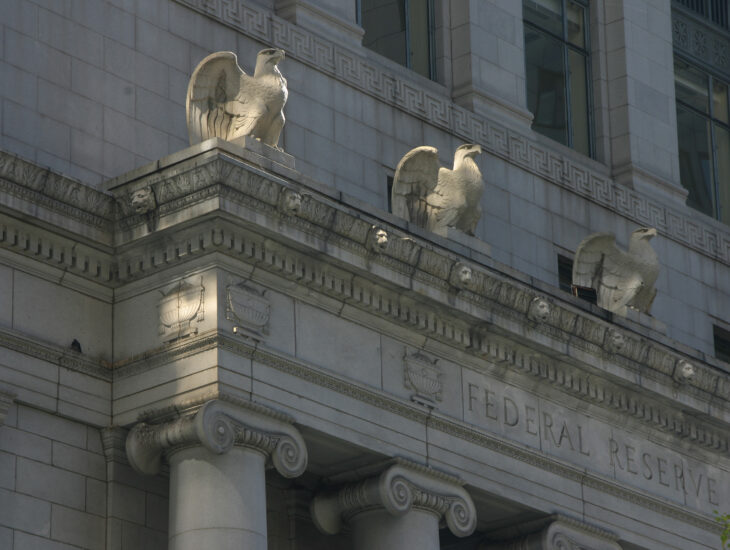 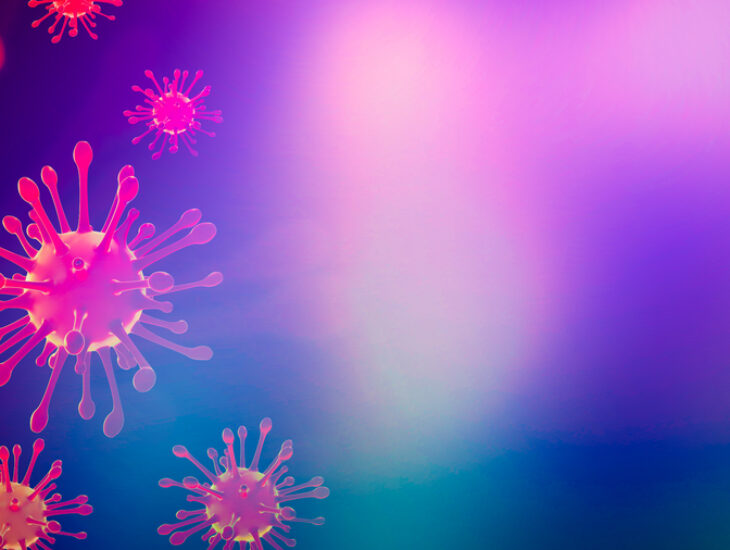