A Stray Thought on Fed Independence 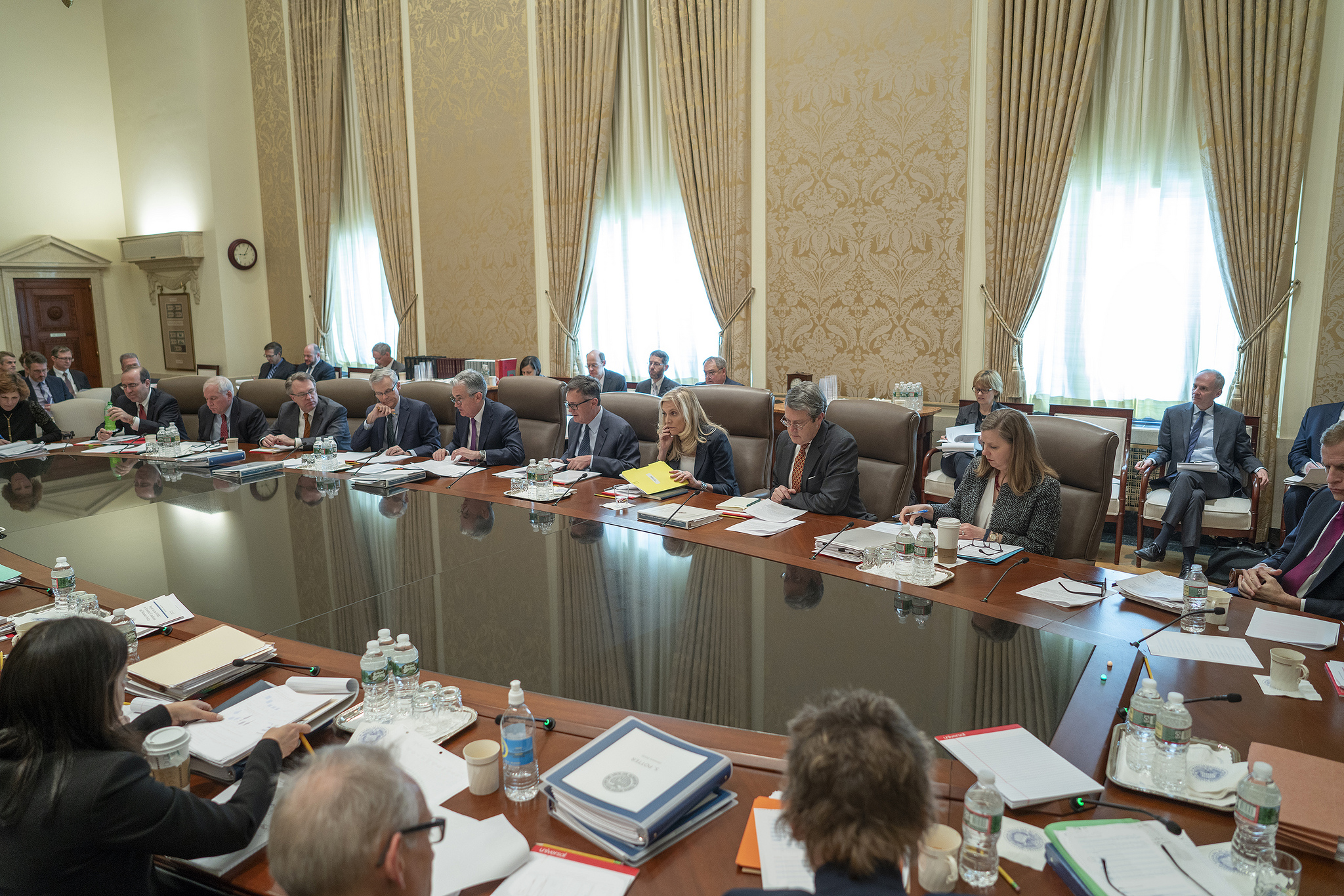 Recently, many have emphasized the importance of an independent Federal Reserve, largely in response to some overt political pressure on the Chairman. Largely unnoticed, though, is a more subtle and long-term threat to its independence.

Perhaps the most important guarantee of Federal Reserve independence is the 14-year terms served by the seven members of the Board of Governors of the Federal Reserve System – the longest of any governmental official save for the life terms of Article III judges. Those terms are not only lengthy but also staggered. A new appointee serves a specific seat on the Board, and only receives a full 14-year term if the prior Governor for that seat served out his or her full term; otherwise, the new appointee assumes the remainder of the unexpired term. The result is that one Governor’s term expires in January of each even-numbered year; so, if each Governor serves a full term or the entire remainder of a term, a President may appoint only two of seven Federal Reserve Board Governors per term.[1] This design makes changes to the voting composition of the Board occur very gradually.

Incomplete Service at the Governor Level

Over the last 27 years, twelve “rank and file” Governors – that is, Governors who are neither a Chairman nor a Vice Chairman – have been appointed to the Board.  All were appointed to unexpired terms.[2]  Thus, in every case, their predecessors had not served a full 14-year term, or even the full unexpired portion of the 14-year term that they inherited.

Of the 12 new appointees, eight did not complete their terms. Their overall average time of service was approximately 55 months (4 ½ years).

The data above refer only to rank-and-file Governors, as now three members of the Board also hold the title of either Chairman and Vice Chairman.  This arrangement potentially exacerbates the trend of shorter service and less independence.

The position of Chairman was created in 1935,[3] with a four-year term as Chairman to run along with a customary 14-year term as Governor. Under the law, a Chairman whose four-year term expired can stay on as a Governor,[4] but the tradition has been for the Chairman to step down if not reappointed. This makes sense, given the quite real potential for his or her presence to undermine the authority of the incoming Chairman with the markets; furthermore, given that the Chairman serves effectively as the CEO of the Board, a continuing presence could also undermine the authority of the incoming Chairman with the staff and so would be fairly considered bad form. Thus, of the nine Board Chairmen who have left office since 1935, most have left at the expiration of a four-year term as Chairman.[5]

That said, the Banking Act of 1935 also created the position of Vice Chairman of the Board, with a four-year term. Deciding to stay on as a Governor after expiration of a Vice Chairman term would not seem to present the same complications as staying on as Chairman. By analogy, a corporate board member might chair the audit or risk committee, but then roll off while still remaining on the board of directors. While there is some risk that the presence of a Vice Chairman emeritus could create discomfort for the incoming one, that seems much more minor a concern than with respect to the Chairman.

Prior to the appointment of Richard Clarida in 2018, 15 people had served in the Vice Chairman role established in 1935. Here, the precedent is mixed.

A full summary of the fates of all previous Board Vice Chairmen can be found here.

In 2010, the Dodd-Frank Act added a second Vice Chairman to the Board of Governors, with responsibility for banking supervision. That Vice Chairman also serves a four-year term, concurrent with a regular 14-year term as Governor. That position was not appointed for eight years but is now occupied by Randal Quarles.

What This Means for Federal Reserve Independence

Currently, the Board has five members, three of whom are serving a four-year term. Looking at the calendar, Jerome Powell’s term as Chairman, Randal Quarles’s term as Vice Chairman for Supervision, and Richard Clarida’s term as Vice Chairman all expire within a year of each other, between October 2021 and February 2022. (In a coincidence, Clarida’s term as Governor also expires at about the same time as his term as Vice Chairman.) If the two currently open seats remain so, it appears possible that the next President could end up appointing five Governors in a one-year period – the very scenario that Congress sought to avoid in establishing long, staggered terms for Board Governors.

If the Federal Reserve is to remain independent, and viewed as independent, it will be important for the President to appoint people to the Board who view it as more akin to a federal judgeship than a political ambassadorship – people with the intent to serve for 14 years, or until they are able. It will also be important for those appointed Vice Chairmen to continue to view their terms as 14 years, with the Vice Chairman duties a temporary interlude within that service. If this does not happen, we risk a future where the Federal Reserve becomes more politicized.[6]

[2] One (Randall Kroszner) was re-nominated but resigned prior to being confirmed by the Senate.  The Senate declined to act on Mr. Kroszner’s re-nomination and at the end of that Congressional session the nomination was sent back to the President.

[3] Prior to enactment of the Banking Act of 1935, the Board of Governors of the Federal Reserve System was known as the Federal Reserve Board, and it was headed by the Secretary of the Treasury, who was called the Chairman. There were also a Governor and Vice Governor in addition to the rest of the “members” of the Board.  With the 1935 amendment, each member became a Governor.

[6] There is also the potential for them to become still more politicized.  If Fed seats become politicized and potentially less attractive, they could end up being filled by former Congressional staff, who would tend to further politicize the organization even further.  This trend, to which the Federal Reserve Board is the only agency currently immune, has been accelerating at other independent agencies and commissions, as described in a recent paper.  See Feinstein, B. and Henderson, M., Pathways of Power: The Rise of Hill Staffers-Turned-Commissioners (2019).