A Costly Misunderstanding About CBDC

For some time, we have written about potential problems arising from a key fact about a central bank digital currency:  if a consumer or businesses chose to hold a dollar of CBDC, that dollar is no longer available for bank funding.  We will briefly elaborate on those problems below, but write here mostly to defend the premise.  That is because we have spoken with many smart people — policymakers, bankers, journalists – who believe that in fact a CBDC would continue to provide funding to banks and thereby support their lending.  (They do acknowledge that if the CBDC were issued by the central bank in tokenized form, it would not provide bank funding, but believe that if a bank were to serve as an intermediary and host the CBDC in a virtual wallet, then the bank could still use it for funding.)

That is wrong – really wrong.

The defining characteristic of a CBDC is that it is a direct obligation of a central bank.  In the United States, a CBDC would be an obligation of the Federal Reserve in the same way as a $20 Federal Reserve note.  Regardless of the form it took – tokenized or account-based — a CBDC as an accounting matter would sit on the balance sheet of the Federal Reserve.  On the Fed’s balance sheet, it would be a liability, and the Fed would have to hold a corresponding asset, presumably a Treasury security.

Thus, if a CBDC is to remain a CBDC to the business or consumer that owns it, it could not be “deposited” in a bank, because then it would become a liability of the bank.  It could be transferred into a customer’s digital CBDC wallet managed by the bank and held in custody — like an equity security or money placed in a safety deposit box — but for it to remain a CBDC, the liability for repayment must continue to rest solely and completely with the central bank.  And that means it cannot at the same time also be a liability of bank, used to fund loans and other bank assets.  It cannot fund both Fed assets and bank assets.

Next, consider what would happen if a customer decided to no longer hold $20 in CBDC but instead return to having a deposit at a bank.  At that point, the customer would transfer the CBDC to the bank.  The bank would transfer the CBDC to the Federal Reserve, which would credit the bank with $20.  The bank would now owe the customer $20 as a deposit liability, and would hold reserves, loans, or securities as the offsetting asset.  But at this point the customer in no sense owns CBDC.  The customer would be a creditor of the bank, not the Federal Reserve.

As earlier written, a lot follows from this fact.  To the extent that banks lost deposit funding, they would need to raise funds in capital markets, at significantly higher rates.  Alternatively, and particularly for small and midsized banks (which cannot access capital markets), banks could raise deposit rates and thus seek to entice customers to hold deposits rather than CBDC.  (Of course, to the extent that they were successful in this effort, many of the putative benefits of CBDC would disappear.)  Higher borrowing costs for banks could translate into higher loan rates, and lower economic activity.

But most significantly, in the event of a market shock like 2008-09 or 2020, no interest rate may be sufficient to prevent corporate treasurers and investors from moving large amounts of money to CBDC.  Even if that move was for a day or a week, the impact on the economy would be devastating.  And that means that ex ante, regulators likely would reduce the ability of banks to fund themselves with deposits, given that a CBDC would transform deposits from a stable source of funding under stress to an unstable one.  That means that large banks would become increasingly market funded, at significantly higher rates.  Smaller banks might have no options, unless they were exempted from liquidity requirements.

Crypto as a Ponzi Scheme: You Don’t Know the Half of It July 5, 2022
Digital Assets

The Fed’s Balance Sheet, CBDC and a Reminder on the Limits of Limits May 25, 2022
Central Bank Digital Currency 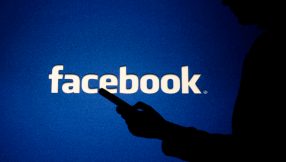 Making Stablecoins Stable: Is the Cure Worse than the Disease? September 27, 2021
Bank Liquidity 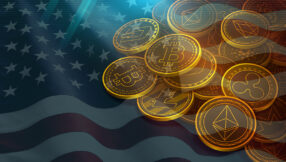 The FDIC’s Proposed Increase in Deposit Insurance Assessments May Be Based On Incorrect Projections July 12, 2022
Digital Assets

The Remarkable State of the CFPB June 30, 2022
Bank Capital and Stress Testing